But internal State Department emails and documents obtained by Foreign Policy and the non-profit journalism website Coda Story show that the Trump administration ignored advice of White House economic analysts and knowingly lied to the public about the severity of American poverty, which the U.N. Special Rapporteur on Extreme Poverty and Human Rights Philip Alston described as "shocking."

Seems the least the administration could do was be embarrassed about this kind of stuff. I truly believe that there are those among them that are shocked by this escalating pattern of disingenuous rhetoric.

It seems that the best liars are rewarded and those that that show any sense of integrity are shown the door.

I digress, to continue with the article, and this is what I find interesting.

Despite the fact that the U.N. analysis cited government statistics to bolster its claims about poverty in America,

the Trump administration opted to draw from a report by the right-wing Heritage Foundation,

which concluded that 250,000 Americans are living in extreme poverty—a stark contrast to the U.N.'s conclusion that the correct number is 18.25 million.

The Heritage Foundation, the ideology think tank founded by :

The Heritage Foundation was founded in 1973 by Paul Weyrich, Edwin Feulner, and Joseph Coors.[5] Growing out of the new business activist movement inspired by the Powell Memorandum,[6][7] discontent with Richard Nixon's embrace of the "liberal consensus" and the nonpolemical, cautious nature of existing think tanks,[8] Weyrich and Feulner sought to create an organization that would supply policymakers with concise, timely position papers.

Paul Weyrich, of fame for the "We don't want people to vote" speech: (www.youtube.com...)

The Heritage Foundation that right wing think tank (or smokeless factory as an old professor of mine would say - LOL) that plays fast and loose with the facts and therefore the truth:

Notes: The Heritage Foundation is an American conservative think tank based in Washington, D.C. The foundation took a leading role in the conservative movement during the presidency of Ronald Reagan, whose policies were taken from Heritage’s policy study Mandate for Leadership.

Heritage has since continued to have a significant influence in U.S. public policy making, and is considered to be one of the most influential conservative research organizations in the United States.

... uses loaded words and does not always source to credible information.

Has been put on a list by the Union of Concerned Scientists for publishing misleading information regarding climate change. (7/19/2016) Updated (4/22/2017)

The Powell Memo is worth reviewing as well:

However, what I find interesting is:

The dogmatic adherence to whatever comes out of the Heritage Foundation. It appears to be the only reference point for this administration. Do people truly believe (honestly they must - divine personages save us) that there is only one source for information and that all others, no matter how many or how often, are the work of the devil - erhmmm I mean liberals?

Making up of facts and truth to suit an Idealogical agenda without regard for REALITY is insane.

These people are insane, the country is insane.

This is disturbing if true. 18 million are living in poverty. Maybe the 250,000 are living in extreme poverty. Idk what there definition of povertry is. But sense none of them live in poverty their opinions are a bit irrelevant in my opinion.

The country belongs to us not the 1% or even the 5%. But the 100%. The world needs to work for everyone. We need a system that inspires the working class. A system that invest resources in human beings. Where we seek to understand the psychology of the disenfranchised so that we may find long term solutions that bring them back into society. We need to treat each other humanely. We need to help each other not condemn each other.

The US vs the USSR, from the Musical "Chess", from the 80s. Here in oratorio form:

The official US poverty levels for 2016:

Some 2016 poverty thresholds were

$14,507 a household of two people with a householder 65 years or older with no children

originally posted by: Words
a reply to: FyreByrd

posted on Aug, 3 2018 @ 03:07 PM
link
Another big problem with the media is that Right wing media and left wing media both lie, but in opposite ways. So we the citizen try to look up the truth and generally the first 5 pages of google are either Right or Left wing news sources. Who do we trust? it's getting really hard to research stuff any more.

posted on Aug, 3 2018 @ 03:16 PM
link
There are millions in the US who live in poverty and even more who live paycheck to paycheck. It wouldn't surprise me if the administration lied about figures, seems to be what every President ends up doing. Limiting immigration,enforcing the borders and helping businesses through tax breaks seems to be creating more jobs which is good. Now if we could just get wages up - that is the biggest issue IMO.

posted on Aug, 3 2018 @ 03:47 PM
link
There are definitely millions upon millions in the US living in poverty, and I'm sure the extreme poverty numbers are fairly accurate as well. It's sad the admin tried to whitewash that fact. The author/website believes poverty could be eliminated rather quickly by any administration, and while it seems clear Trump and his admin would rather continue to sweep this under the rug, we as a people should prioritize the less fortunate, not corporations.

Who knows... maybe the left will succeed in the next presidential election and they'll have the spotlight and the opportunity to end poverty once and for all...

Or like the Obama administration, will the dream slowly crumble as people (once again) wake up to the fact that nothing will ever truly change and the poverty-stricken won't be saved by any administration.

originally posted by: amazing
Another big problem with the media is that Right wing media and left wing media both lie, but in opposite ways. So we the citizen try to look up the truth and generally the first 5 pages of google are either Right or Left wing news sources. Who do we trust? it's getting really hard to research stuff any more. 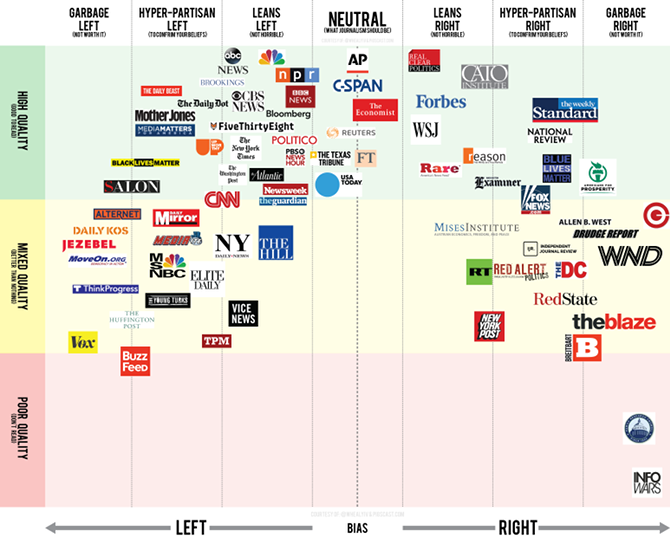 originally posted by: Metallicus
We don't owe the U.N. anything least of all the truth.

According to your post we are talking about "Extreme Poverty" as defined by the UN correct?

You think there are 18+ Million US citizens who fit that definition?

Was the Obama Admins number 18 Million ?

Researchers at the University of Michigan National Poverty Center have also looked at extreme poverty over the period 1996 to 2011. They used the World Bank definition of deep poverty as living on $2 a day per person or less, an income level dramatically lower than the Census Bureau definition.

At least the Herritage Foundation report applies an actual metric to it. www.heritage.org...

Who's to be believed and who's lying here... the party that slung an accusation which is undefined and seemingly uses a highly arbitrary, internally hidden metric? Or the party which produced an easily fact checked report with a clear metric and defined parameters?

Exactly... the real amazing thing here is that there are people who live in s-hole countries which lack even a smidgen of what is openly given by the government to America's poor and the UN, with their enlightened arrogance and holier than thou horsecrap points fingers at the US because we aren't taxing our own people enough? GTFO United Nations, don't let America's door hit your ass as you leave.

The only reason Info Wars are where they are at on that graph is because it stops going right and down.

LOL...fact checks? I thought you were a Trump supporter......