Anyway, a couple weeks ago someone at work was telling me how they went to some forest on vacation and found a whole bunch of morel mushrooms (like a giant ziplock bag full). They were raving about how good they are, and how much fun they have picking them. A couple days later I went looking for some in the store to try some. HOLY MACKEREL, they're like $50,000 a pound or something!! No wonder this dude was so excited, he won the dang lottery I guess! So I bought some other crummy boring el-cheapo store mushrooms and told myself to like them.

Then the other night I was out torching some weeds along the fence line and I noticed these mushrooms growing. I don't know anything about mushrooms. About all I know is there's maybe three kinds; there's the kind that make you go koo-koo in the head and run around naked, the crummy kind in the store...and the kind that KILL you (as in DEAD)! I think there's a couple varieties in between too (like about 60,000).

So I picked one of these mushrooms and proceeded to attempt identifying it with the idea of, well, eating it. Then I found some more, some big ones even. So I picked them too. Then I was off to the interwebs to see if I too had won the lottery. What I determined is that I'd either harvested the deadliest mushroom known to mankind, OR I'd found a rare mushroom which was actually delicious. The only problem was they both looked identical...except to someone with 3 PhD's (Neuroscience, Biology and some kind of 'mushroom-ology'). That, and a death wish.

I read about spore prints, and gill types, and cap types, and stem types, and colors...and a whole bunch of other mushroom stuff I can't even pronounce. I think I might have even learned some Latin through some kind of osmosis too.

I elected not to make my famous stuffed mushrooms with said mushrooms, and tossed them not wanting to take the risk.

After that I did some even more detailed research, and when I got done with that I was left with one question...

There are about a billion types of mushrooms, three quarters of them not even mushroom-ologists can identify; of the one quarter 'billion' of them which have been identified about half of those are poisonous and some of them flat-out DEADLY. The just poisonous ones aren't deadly so long as you have an extra liver in the fridge you can have transplanted into yourself, maybe a spare set of kidneys. I mean everyone can deal with the lisp later on, and the blurting out of nonsensical verbs, but the sudden spasms, screaming, seizures and bowel failures in public must get pretty old fast. So I'm left to wonder; do people who pick wild mushrooms have a death wish?

I dunno, but I'm thinkin' those mushrooms in the yard are up to sumthin'

Are you a wild mushroom picker (or whatever fancy thing they call 'em)?

originally posted by: Flyingclaydisk
I feel like I should put this in a conspiracy forum, but I'll just stick it here to hack off a certain sleepy 'buddah'. 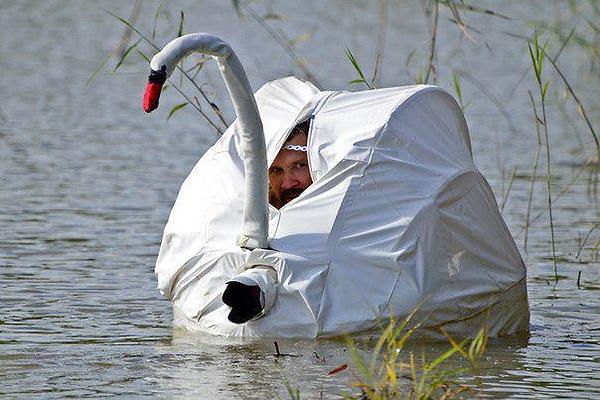 I once ordered something called 'Bangkok Delight' (had plenty of various mushrooms) for lunch. It was the worst first day of a new job I ever had..

edit on 3-8-2018 by NarcolepticBuddha because: (no reason given)

posted on Aug, 3 2018 @ 12:31 AM
link
I like morrel mushrooms, they are easy to identify. Just make sure you look at the difference between false and real morrels, sometimes a false looks like a morrel. I guess you can use false ones when cooking, but I am not sure that is true. I was told you could.

Oyster mushrooms grow on dead trees here, they are pretty good and pretty easy to identify. Chicken of the woods and hen of the woods grow here too. I can identify those three and morrels. I am skeptical about eating puffballs, if cooked right they are supposed to be safe. I do not eat mushrooms raw unless they are the white buttons from the stores, they do not have much psychotropic properties as others do. I actually like those cheap button mushrooms the best of all. Morrels are good, but I have not found a good place around here to find them. I sure am not going to pay a lot of money for mushrooms.

The most common cause of poisonings due to ingestion of wild fungi in Victoria is the Yellow-staining Mushroom (Agaricus xanthodermus). The Death Cap (Amanita phalloides) occurs in Victoria, under exotic oak trees in parks and gardens in Melbourne and in some regional areas such as Gisbourne. Ingestion of Death Cap has led to several fatalities in Melbourne and Canberra. Other fungi known to cause poisonings in Victoria include Ghost Fungus (Omphalotus nidiformis), Chlorophyllum brunneum and species of Earthball (Scleroderma) that have been mistakenly collected as truffles.

In Australia we name our dangerous ones. Death Cap! Ghost Fungus!

Fun in the sun.

A word to the wise: Don’t test whether a mushroom is edible by eating it.

originally posted by: Flyingclaydisk
a reply to: Words

I love him already.

You wouldn't love him after he's been dumpster divin' on BOGO Bean & Cheese Burrito Wednesdays!

posted on Aug, 3 2018 @ 01:10 AM
link
I went to a pals once who was a hippy vegan who made me a chilli with wild mushrooms he had picked.
Around half way through he realised he put the wrong ones in.....
After the initial panic and self purging I had a pretty good time.
That hippy could have killed us all....
Dam hippy.

OP - thank you for this thread. It made me look up Morel mushrooms. Holy crap! I thought I had seen a strange looking mushroom before but damn those take the cake.

After doing some research, I may go out next spring camping in search of some 'fire morels.' We had a ton of wildfires close to home this summer in Colorado and also bunches of rain since.

While living in lower Alabama, there were mushrooms growing absolutely everywhere after a rain. The trippy kind, the eating kind, and the most noticeable were ones that grew directly out of tree trunks that were anywhere from the size of a penny to the size of a damn dinner platter!
edit on 3-8-2018 by DrumsRfun because: (no reason given) 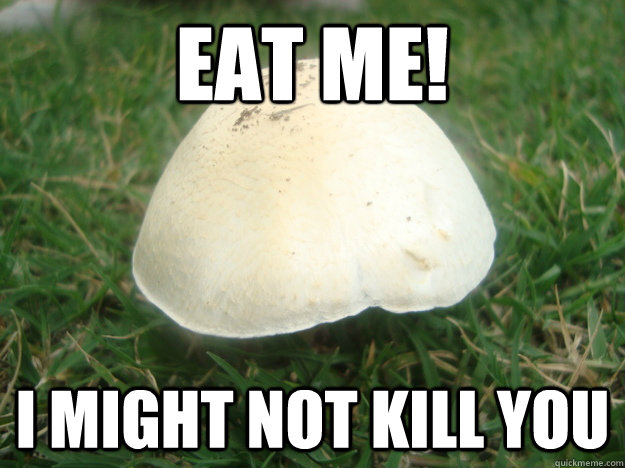 I go morel hunting every year when they're in season, and usually find way too much for myself, my friends, and my extended family to eat. I know a few chefs and end up selling off any excess. They typically go for $30-50 per pound around here.

My fiance identifies mushrooms as a hobby, and she'd tell you to really make sure you know what it is before consuming. She makes sure do make spore prints and everything for identification and if she's still confused she throws them out.
edit on 3-8-2018 by sine.nomine because: (no reason given)

posted on Aug, 3 2018 @ 05:50 AM
link
I have picked wild mushrooms in England. Very nice. Got to know what to look for though, and some of the ones that look frightening are actually good, and some that look innocent can leave you dribbling in the corner crying for Mummy.

Interestingly there's a problem in the New Forest, in Southern England, by townies from London destroying the fungus harvest to satiate demand from London restaurants.

posted on Aug, 3 2018 @ 06:11 AM
link
As a teen, I lived across from a cow pasture.
The 'magic mushrooms' would sprout from cow poop on warm muggy summer nights, mid June to late August. They would be sought after by the hippies in my little town, at $40 an ounce. Trust me, they would take you on a journey w/o leaving your house.Tried it 3-4 times, wasn't my cup of tea.

The ones that sprouted under fruit trees were usually morels.

The ones in the woods, didnt mess with.

But, dont trust my old school lore, be careful, and check every batch you see.

That being said, it is very dicey to put your health at risk by potentially ingesting the wrong kind of mushroom, and as you mention, its very easily done. My advice is not to even TOUCH a mushroom that you are unsure of the species of. If you intend to go collecting in the field, try and aim for easily identified varieties, which do not bare overmuch resemblance to dangerous or lethal species.

Recommendations for these can be found online readily enough, so I won't go into them here, but there are plenty of varieties out there which are not likely to burst your guts like a balloon with a pin in it, so all is not lost!

Well, I didn't spend very long on the calculation after I figured out they were a lot more than $1.99 a pound.

So my estimate may have been a wee bit on the high side!

originally posted by: Flyingclaydisk
So my estimate may have been a wee bit on the high side!

posted on Aug, 3 2018 @ 07:17 AM
link
My home town in NEw Hampshore had a family of 5 immigrants Move there a few years back . They went out and picked some mushrooms behind the local elementary school . Ate them . And we're all found Dead the next day . Apparently the mushrooms looked similar to another variety that you can eat . .... They ate poisonous mushrooms . .... So be very careful when picking wild mushrooms .