posted on Jul, 26 2018 @ 11:30 PM
link
For years the pharmaceutical companies and regulators have taken aim at vitamins and natural supplements. Conspiracy theorist have been talking about "codex alimentarius" for years. Well now globalist entities are driving limitations.


Draconian limits on vitamin dosage amounts could be coming if the feds get their way. Action alert!

That bottle of 50,000 IU, 5,000 IU, or even a measly 1,000 IU in your medicine cabinet could soon be contraband. Important entities are meeting to discuss how to restrict the kinds of supplements you can take under the guise of “harmonization” of supplement standards. If they’re allowed to move forward, it’s possible that the federal government could adopt restrictions on vitamin doses that can be legally sold, as Europe has already done.

At the request of the Bill & Melinda Gates Foundation, the National Academy of Sciences (NAS) recently convened a workshop to “assess methodological approaches that could be applied uniformly across countries in setting nutrient intake recommendations,” with particular attention on how standards could be set for population subgroups such as young children and women of reproductive age. “Nutrient intake recommendations” include upper levels of intake, which are used to restrict the vitamin dose that a supplement can contain.

This workshop is another in a series of meetings NAS is involved in with other entities, including the World Health Organization (WHO) and the United Nations, who are both sponsors of Codex, to discuss limits on vitamin doses. As we reported previously,

Such noise should probably more focus on OD dosages... you know how not to overdo stuff... oh wait 'we' already know all that MSDS data for like every substance known to man (apologies for lack of PC [okay, not really]).

Nearly 500,000 Americans died after taking a prescription drug in 2015, according to cases reported to the US National Poison Data System. By comparison, no deaths were recorded for vitamins, minerals or nutritional supplements.

In total, 443,900 deaths from prescription medication were reported to one of the US's poison centres, with analgesics—or pain-killers—being the deadliest poison, responsible for 11 per cent of all deaths reported. Sedatives and antidepressants were the fifth and sixth major killers respectively.

Of these, 275,000 were due to some error—such as a wrong dose—and 130,000 were caused by unintentional misuse, such as taking the drug more frequently than prescribed. Nearly 40,000 deaths were attributed to an adverse reaction to a drug that was properly prescribed and taken.

There were no deaths recorded from anyone taking a mineral supplement, such as calcium, magnesium, zinc or iron, or an amino acid or herbal, such as blue cohosh, Echinacea, ginkgo biloba, kava kava, valerian or St John's wort.

"If nutritional supplements are allegedly so dangerous, as the US's Food and Drug Administration (FDA), the news media and even some physicians still claim, then where are the bodies?" said Andrew Saul of orthomolecular.org.

There you go. Proper thread operation!

How many people die to Vitamins per year? (as many die to 'pot')

This noise Bill Gates, the Elitist bent Transhumanist (of the diabolical bareknuckle hypocrite variety), is trying to stir up, is a False Dilemma. 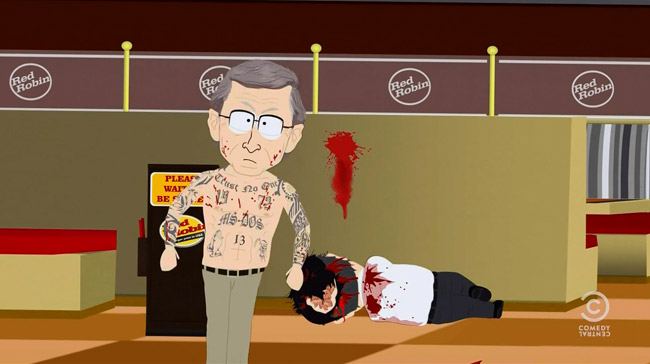 Look up what a "Vitamin" actually is. How is "Vitamin D" an actual Vitamin, but Turmeric (Vitamin T) "is not"???? That's what people should be talking about.

Cheap supplements that prevent or cure deficiencies and don't result in hundreds / thousands of body bags a year bad.

Pharmaceutically modified synthetic supplements that can be patented and sold for 1000x the cost good. Drugs to treat the symptoms of chronic diseases caused by deficiencies good.
edit on 27-7-2018 by infolurker because: (no reason given)

When so much of what is done for "our own good" does exactly the opposite, at some point we have to accept that it's not incompetence driving their efforts. They know exactly what they are doing.

posted on Jul, 27 2018 @ 12:22 AM
link
I had some health problems due to my diet. First thing was I was eating pizza (lots of cheese = lots of calcium). Then I was drinking mineral water (lots of calcium + lots of magnesium). I cut back on the mineral water and then had a deficiency in potassium. The docs prescribe me some chelation agents to reduce my calcium level. Then when they find my potassium level low, they prescribe some potassium supplements.

I just as easily fixed the problem by cutting back on pizza and eating basic vegetables like peas and potatoes.

Nobody bothered to check my diet. You are better looking up to see what foods provide natural vitamins and eat those.
Side effects of vitamin supplements such as vitamin C are that you end up wanting to urinate even though you are already empty.

Thank you! Big selection and looks like they have great prices too.

posted on Jul, 27 2018 @ 01:54 AM
link
Is vitamin toxcitity really a major issue facing he world today? His seems to be something far down the list of priorities or a least it should be. I am so sick of government telling us what to do. These scum need o be reigned in or bette yet replaced.

posted on Jul, 27 2018 @ 02:32 AM
link
It's very simple: many people are claiming that they cured thenselves from various illnesses just by taking huge doses of vitamin C and D. Now, I'm no expert but it seems to me that there must be some truth in it if so many people are claiming it. Both of those vitamins are very chep. So if you can cure yourself cheaply why would you need expensive medicine from Big Pharma? That's where good ol' Bill and his "humaniterian" organisation organisation jumps in to save the day for NWO folks...

On the one hand they claim that vaccines are critical for the maintenance of our health but on the other hand they are now saying that vitamins place our health at risk.

IMO, this is evidence that both claims absolute BS.

To me it seems that the evidence shows there is a close link between Autism and vaccines while up until now there has never been any claim that vitamins, unless taken in ill excessively large quantities, are in anyway harmful.

originally posted by: alomaha
It's very simple: many people are claiming that they cured thenselves from various illnesses just by taking huge doses of vitamin C and D. Now, I'm no expert but it seems to me that there must be some truth in it if so many people are claiming it. Both of those vitamins are very chep. So if you can cure yourself cheaply why would you need expensive medicine from Big Pharma? That's where good ol' Bill and his "humaniterian" organisation organisation jumps in to save the day for NWO folks...

Everybody lies.
Have you not watched house?

My doctors says that I am healthy. No vitamin deficiencies.

So I got to wonder what garbage non foods are all these people eating to the point they have to buy and take extra vitamins?


I don't even watch what I eat all that much. I just eat a hamburger patty with mayonnaise and no bread followed by 6 chocolate mints. Some days I eat nothing but ice cream and rice.

I wonder why I am so healthy and other people aren't?

originally posted by: stormcell
I had some health problems due to my diet. First thing was I was eating pizza (lots of cheese = lots of calcium).

You see? This is precisely why we need more regulation. You were getting too many I.U.s of cheese.

I always love the TV drug ads. You get some clown, often talking faster than an auctioneer, saying stuff like, "Don't take Corpsaquil if you've had a headache the past 6 months. Consult with your doctor if you eat grapefruit. There's a risk of skin discoloration due to jaundice in some patients, which often leads to liver failure and sudden death. Use with caution if you have kidneys, or are prone to eating, drinking or breathing. In some cases, convulsively writhing on the floor, prior to a very painful death, has been reported. Don't drive or operate a TV remote control or cell phone after taking Corpsaquil. See your doctor, if you wakeup one day, suddenly blind."

And what is Corpsaquil meant to treat? Acne. You know, some of pharma's drugs could have been used in Hitler's death camps the FDA has approved, but they're worried you may take too much vitamin C? Of course, the politicians are too busy counting pharma K Street bribes, to realize you could just take two of the new regulated pills, instead of one.

This is interesting. I am prescribed calcium and vitamin D due to my blood tests showing i was low in vitamin D.

It is not on the PBS, so costs more than other meds.
Plenty of people are taking vitamins prescribed by none other than their doctor.