Gun-rights activists have reached a settlement with the government that will allow them to post 3-D printable gun plans online starting August 1.

The settlement ends a multi-year legal battle that started when Cody Wilson, who describes himself as a post-left anarchist, posted plans for a 3-D printed handgun he called "The Liberator" in 2013.

The single-shot pistol was made almost entirely out of of ABS plastic -- the same stuff they make Lego bricks out of -- that could be made on a 3-D printer. The only metal parts were the firing pin and a piece of metal included to comply with the Undetectable Firearms Act.

The US State Department told Wilson and his non-profit group Defense Distributed to take down the plans. It said the plans could violate International Traffic in Arms Regulations (ITAR), which regulate the export of defense materials, services and technical data.

In essence, officials said someone in another country -- a country the US doesn't sell weapons to -- could download the material and make their own gun.

Wilson complied, but said the files already had been downloaded a million times.

He sued the federal government in 2015.

A debate that has raged since the early days of (publicly available) 3-D printing has come to an end. Back in 2013 Cody Wilson and his non-profit Defense Distributed published their plans for a 3-D printed gun. Dubbed The Liberator, this primitive, one-shot, pistol was made entirely of plastic except for the firing pin and piece of metal added to make it comply with federal law. Shortly after Wilson was ordered by the government to remove the plans because of the fear that it violated international treaties.

In 2015 Wilson sued the government. The government suddenly just decided to settle that case out of court. Not only did the government agree to all of Wilson's demands (which Wilson's team described as shooting for the Moon) but they also agreed to pay for his legal fees.

As a result, starting next month, Defense Distributed will once again be publishing plans for The Liberator on their website. On top of this they will also have plans for a full Baretta M9, among other firearms, and parts for an AR-15. Wilson is also welcoming people to post their own plans.

With the legal debate out of the way we must now debate the implications of such a move. Currently the cost of 3-D printers prohibit most people from owning one. But how long will that last? Every year the cost of cutting edge technology drops drastically. Just look at TVs as an example. A TV that would have cost over a thousand dollars just a few years ago is now being sold for about $200. How long will it be before 3-D printers become a common household appliance?

So ATS what do you think? In a country where guns already outnumber people does it seem like a good thing to let people print their own, untraceable, guns? Is this what the Founding Fathers envisioned when they penned the Second Amendment or is this taking things a step too far?

posted on Jul, 20 2018 @ 10:28 AM
link
Statistics have shown,the biggest chance of being killed is by your own government. People having more guns makes me feel safer.

originally posted by: bananashooter
Statistics have shown,the biggest chance of being killed is by your own government. People having more guns makes me feel safer.

Yes you are correct but where I live I personally have a problem with the open carry law. I have no problem with 3D printing a gun as long as a form is filled out in some manner. But simply filling out a form here and many other places can be done by some 19yo. Then they strap it on them and carry it around. Some with almost no idea of proper threat assessment or proper usage training. Now that is a scary thought.

posted on Jul, 20 2018 @ 10:41 AM
link
I know of a way to make a single shot gun out of plumbing parts. If I truly decided to own a gun, I could trot down the road to the local hardware store and get to buying.

Is this what the Founding Fathers envisioned when they penned the Second Amendment or is this taking things a step too far?

A win for the first amendment,

A win for the SECOND amendment.

A win for the 14th amendment.

The purpose of the GD piece of paper was to limit the state, not John Q 'Assault weapons' loving public.

I thought shall not be infringed spelled it out, but Can't expect freedom deniers to comprehend those four simple words.
edit on 20-7-2018 by neo96 because: (no reason given)

originally posted by: DBCowboy
Cool. I know a guy with a 3-D printer.

Know what else 3-d printers are good for ?

originally posted by: sine.nomine
Shooting live ammo out of plastic... What could go wrong?

Nothing when it's a glock.

Yeah they don't manipulate people at all.

I own a Glock. If that thing had a plastic barrel, I would never pull the trigger.


Despite initial resistance from the market to accept a perceived "plastic gun" due to unfounded durability and reliability concerns and fears that its use of a polymer frame might circumvent metal detectors in airports, Glock pistols have become the company's most profitable line of products as well as supplying national armed forces, security agencies, and police forces in at least 48 countries.[6

Yeah, polymer frame. Not all plastic gun. There's a reason the printable gun is a one shot gun.

originally posted by: neo96
Nothing when it's a glock. 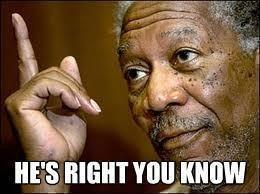 originally posted by: neo96
a reply to: sine.nomine

A metal firing pin and a functionless piece of metal to meet regulations. May as well be all plastic. Either way it's a far cry from a Glock, and I stand by the statement that it's not safe. Split hairs all you want.

That said, I agree people should be able to make pistols if they want.

Truth is very little has to be printed.

Most parts can be bought without a hassle.

Although if a person has the technical expertise they might was well use a desktop cnc.

Oh dear, when to many guns is not enough......lets make some more, so not onl will they be harder to manage but also to detect as they are made of plastic and will be smaller.

Really not for me but you guys are old enough to decide for yourselves, lets hope for that plastic shortage sooner rather than later