Trump plans to invite Putin to Washington this fall

posted on Jul, 19 2018 @ 08:39 PM
link
The number one objective of all countries like Russia, America, England, etc.. Should be to contain China and play keep away with all our natural resources.. This way their economy will not grow and will be unable to support it's massive population.. Otherwise, as history has shown, China will dominate the planet primarily looking out for itself.. Take Africa for example, Great Britain and America came in there and depleted it's resources for their own people back home. They couldn't give two #s about the Africans. You and me will be those Africans if China wins as the world superpower as they will need ALL of our resources to support their 10 billion person population...

It's ineviteble that we and Russia work together to ensure less chance of that happening to all of us.. Keep all natural resources away from China should be the new trade deal.. 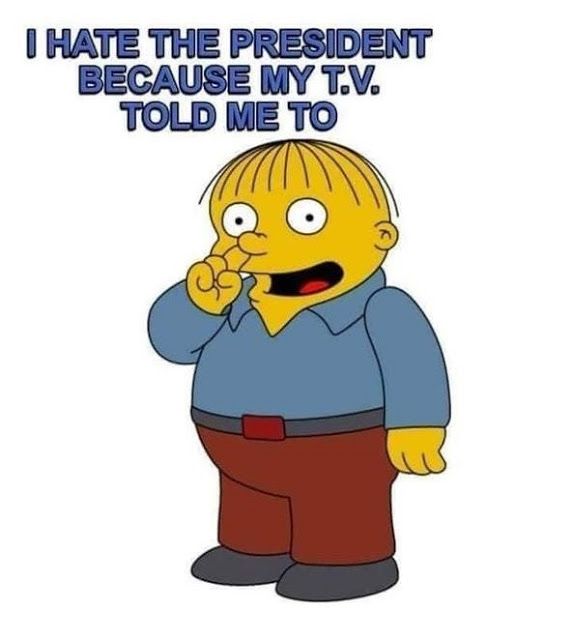 We don’t need another Million Leftist Morons March.
Make sure you check under your bed for Russians tonight before you go to sleep.

America and Russia have the LARGEST nuclear arsenal pointed at eachother and every city, it's probably a good thing we become buddy's with em. In all honesty, I prefer Russia as an Ally rather then the countries run by the Rothschild...


Aww. The pipeline. I forgot about that. Now I know why the leaders of the left are completely losing their reasoning. They invested so heavily into not allowing that pipeline, they would rather the U.S. go down the tubes. I mean we have already heard some commentary about how some of them want something bad to really happen, just to get Trump out of office.


Bring Putin here. I'm sure the American public would love to show him just how much we think he's a douche bag.

American Public? The one's that voted Trump in? lol. I know you would like to see a war with Russia, but Trump is making peace.


I'd bet we can get at least a million people to march in Washington D.C. that day. It will be fun. Maybe we can even get the baby Trump balloon for the event.

Great Idea! Go protest peace between the two most powerful nations on earth. That will show them, and the rest of the country why Trump will win again in 2020.

Since when do the left worry about looking weak? Did you forget the Obama apology tour? Pandering is not what this is, but continue on with your mission to show why the democratic party is going down faster than Stormy does in her movies.

posted on Jul, 19 2018 @ 10:02 PM
link
Forget Trump alone, Putin clearly has # on other GOP, no other explanation for this soft coup we are witnessing with no one doing anything to stop it. Remember the RNC as well as the DNC were hacked by Russia, where are those emails? Who else has been compromised and why?


"There’s two people I think Putin pays: Rohrabacher and Trump,” McCarthy said in the recording of a June 15 exchange obtained and published by the Washington Post. At that point, House Speaker Paul D. Ryan (R-Wis.) cut off the conversation and swore those present to secrecy

Terrorism is as big a problem for Putin as it is for the US and cooperation will enable both world powers to combat it whether it's the issues in Syria or on the home soil of either Nation.

Intelligence from Russia has helped us thwart problems in Allied NATO countries and we have provided intell to help Russian interest. It helps innocent people so talk.

We also share a Space Program and have for many years which has benefited both and it requires communication. Rhetoric and threats solve nothing, I have no issue with Putin coming to talk, perhaps it could lead to a worldwide Glasnost.

They both stressed that our militaries work well together too. A new way is needed because the relations were deteriorating, as is the powder keg of the world stage, and it's apparent both Trump and Putin realize it.

They're also smart enough to understand how it can be good for both economies when you think creatively and apply common sense. They also both mentioned or referenced having a desire to keep the cost of oil down and some ideas on it. We'll see.

But the most exciting prospect that could happen relatively quickly is an improvement for the Syrian people. Sounds like Assad stays, Iran out, Isis gone, and the refugees can come home and start rebuilding their lives.


Seriously, if he makes a big to do out of this visit, he's sicker than sick. Dumber than dumb.

A visiting head of state is a big deal, or certainly should be.

Why is it dumb, pray tell? Would we all rather have a war? Personally, no thanks. I've had enough of watching the news hoping I'd see my family members, and, at the same time, dreading that I would--because they might be in dangers way.

Russia and the US talking is a good thing. When did it suddenly, actually this is a rhetorical question--I actually know the answer--become a bad thing...no, not a bad thing, but a BAD thing, horrible, even.

Y'all need to let loose of this hate you're clinging to...otherwise, you just might get what too many of you seem to secretly want...a war.

You deal with the people you have to. Sometimes it works out, sometimes it doesn't.

I hope Trump/Putin work out a way to make the liberal media be like rabbid animals again!

Or even better, if Kim Jong's visit to the U.S. is the same week, a private 3-way meeting, with all 3 of them emerging with BIG SMILES, and shaking hands, will cause liberals and the MSM to become as little babies. Especially if its in OCTOBER.

That's because the poster is a moron.

Sorry but I've seen enough irrational posts to convince me that the middle is far from sight in their eyes...

Because people like this would rather be vaporized than admit that Trump did something good.

Putin doesn't even have to use his KGB training.

He just says jump, and Trump asks, how high?


Leave that madness to another thread, they had a two hour meeting more than enough time to slip him a usb stick rather than exchange it all in a football