This is just common sense.

The reason the Neocons hate Trump is because they want war everywhere. They want regime change and nation building. Before Iraq, they advocated regime change in Iraq and said we need to use some big national tragedy as a pretext to go into Iraq. Then, 9/11 happened and Bush did just that. Here's John McCain saying Rand must be working for Putin on the Senate floor.

It's hard to watch McCain because he's such a warmonger. Remember when he sang,"Bomb, Bomb, Bomb Iran?" These neocons had their hearts set on going to war with Iran or Syria with Jeb or Hillary. When Trump went after regime change as a candidate, I knew the neocons like McCain and Kristol would go crazy.

With the Democrats, this is just hatred for Trump. This is all about the election. The way you know this is the case is, they tell us Russia is the most evil nation in the world and Putin is the most evil man in the world, we should have a Special Council to look into Hillary and the DNC.

The Podesta brothers have gotten millions in cash and stock from Russian Banks and oil companies.

Investors from Russia gave millions to the Clinton Foundation.

If this was about Russia and evil Putin, we should find out what happened whether Democrat or Republican. Think about it, if Russia and Putin want to destroy our democracy and way of life and we are under this huge threat, shouldn't we look at Republicans and Democrats?

This has nothing to do with Russia. This is about the election. The Democrats and the media are upset Clinton lost and the neocons want war and regime change.

The GUT
+12 more
posted on Jul, 19 2018 @ 07:18 PM
link
And not to mention that China is our biggest threat. FBI Director Wray stated so in an interview today---glad to hear an official finally address the elephant in the room.

While Trump can't come right out and say it, he has engaged in the "war" that China has been waging on us. This is a big reason that Trump knows we need better relations with Russia.

Nickn3
+9 more
posted on Jul, 19 2018 @ 08:02 PM
link
Russia isn’t sowing discord, the crazy liberals are. Just to be safe we need to keep a weather eye on China, Russia, India, Pakistan, and the CIA. I have little trust in either and no confidence in the FBI.

posted on Jul, 19 2018 @ 08:32 PM
link
Interesting.
This is the second time this week I have seen Rand Paul refer to TDS.
My guess is Rand is looking at a 2024 presidential run. I hope his strategy dosn't backfire on him.

As per Russia. . . All I can say is what I have seen from various videos is nowhere near what NPR is reporting.
I use NPR only because I listened to them while driving for the first time in 2 years, yesterday.

The right wing has rarely come up with an idea that didn't originate with the left. Virtually all their buzz words and strategies are cribbed from left.

This makes sense. As most of these ideas came from neocons. And the original neocons, such as Irving Kristol, began their political lives as communists.
edit on 20-7-2018 by Moresby because: (no reason given)

Let's stay in Iraq forever McCain, those of us at ATS who were here for the 2008 election cycle do not forget how you treated Rand's Dad, Ron. John McCain may have been a hero at one time, but now he is a Neocon traitor to America.
Go away either through retirement or the big sleep you have done enough damage to America already.
edit on 20-7-2018 by Blue_Jay33 because: (no reason given)

When is McCain going to finally make the jump from RINO to full democrate?

posted on Jul, 20 2018 @ 11:02 AM
link
Nowdays you have two kinds of politicians, one group works for the Swamp or Deep State the other does not.
Songbird McCain obviously works for the swamp.

originally posted by: Annee
These "here's what Liberals think/believe" posts


Actually it's the atheists now trying to dictate everyone's lives as the majority of atheists are also SJW liberals(like yourself). They ditched god but were incapable of living their lives as independent humans so they resorted to worshiping at the alter of the state. Religious zealots for the government. Christians at large are nieve, just like atheists at large are hypocritical *** holes. Much like your comment madam...

Now back on topic...

Rand has an excellent point. I see it constantly where people would rather see us all fail if it meant Trump failed. I'm starting to think TDS is a real thing because all rational thinking has been abandoned.

... Oh and McCain is an absolute POS. The world will be a little bit better off when this globalist is in the ground. Just my 2 pennies.

McCain already did. Why do you think he developed brain cancer.

originally posted by: carewemust
CNN has found a new tape! This one of Trump telling Cohen how to pay-off a Playboy Bunny! 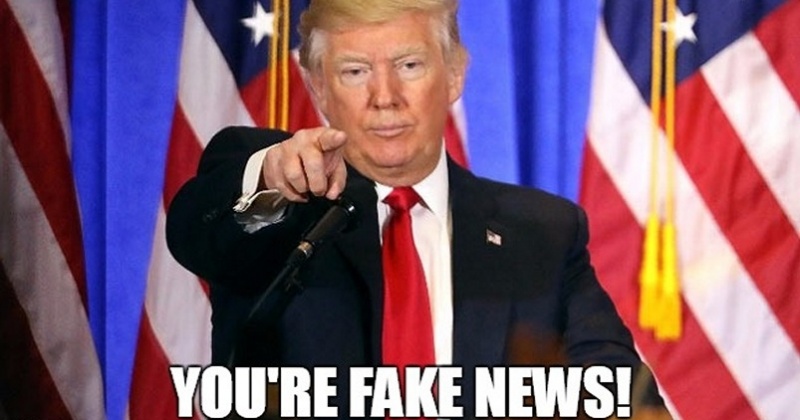 posted on Jul, 20 2018 @ 03:51 PM
link
Rand has been instrumental with a few votes of Trumps agenda. He also calls him out when he should. He is a politician. He does not have the 'it' for a POTUS run but would make a great VP selection for someone.

He's chock full of common sense. Something that is SORELY missing from today's politicians.