The Loony Left and the Racist Right.

I think this thread could be interesting, but I know that the title alone might have a few of you already tapping away on your keyboard ready to flame me for the provocative title alone. I implore you however to stick with it since it is exactly these kinds of derogatory and provocative terms I want to talk about because they are probably annoying me as much as you.

Now, I am sure that most people who are reading this thread have seen some pretty nasty language used on these boards, hell I am sure that most of us, myself included have been guilty of not showing the proper respect to fellow members. I am writing this thread because I really think it’s about time we all take a step back; take a deep breath and actually reflect on the way we converse with each other when it comes to political debate.

Regardless of whether it is the “loony” left or the “racist” right, if it’s the Nazi or the libtard with the Never-Trumper vs the Trumptard who all seem to have contracted some horrible debilitating condition known as Trump Derangement Syndrome in which they get triggered by every bit of political bait that is cast out there I think we need to talk about this. This is what political debate has turned into, particularly in this forum, the mud-pit. It’s almost now an ever-ending quest to out-insult the party opposite pushing the T@C’s to there absolute limits with really just a smattering of actual political debate and discussion sprinkled in for good measure.

When we really think about some of the crap we are saying to each other its getting really quite silly. Take for example the use of the phrase “looney left”, think about what you are actually saying when you use that phase because what you are truly saying is that you believe that people who disagree with you politically must be “looney” or in some way mentally deranged. The level of arrogance that implies is simply outstanding. We on the left are also not immune to falling into this trap, calling someone you don’t know a racist/Nazi/ xenophobe or whatever because they have expressed a view on an issue like immigration that does not fit your views is in my view at least a little bit looney. I don’t know you, you don’t know me other than reading a few posts, so how can anyone can possibly say with any degree of certainty if you are a Nazi sympathiser?

The same goes for this utterly stupid (yes its stupid) phrase of just saying “Trump Derangement Syndrome” with anything you disagree with. TDS goes both ways and I have personally seen both Trump supporters and their opposites use this phrase within equally pointless arguments. It’s almost as if when you run out of argument’s you just run to the TDS line because, hey, it might generate a few stars and distract form whatever was being debated 20 pages ago.

We as members I think all need to raise the bar in how we converse with each other and I for one don’t care who said what to you first or how abhorrent you might find funny looking alien in a suit’s views on whatever issue it might be. It’s all petty crap, I genuinely don’t think any members of ATS open up a thread with the intention of getting into a nasty debate full of pointless one-liner insult’s or pretending that your opinion somehow is of more value than that of another members and therefore deserves to be ridiculed accordingly. It is always possible to respectfully disagree without getting into the silly school yard comments and to be perfectly honest in my view if you can’t disagree with someone without resorting to disrespectful language then you probably shouldn’t be posting it.

Well I think this is something that gets forgotten about far too much:

Star and flag for the title alone!

I haven't read through it all yet though...

I always considered myself left of centre but the last few years I've found myself swinging right of centre.
edit on 17-7-2018 by Wide-Eyes because: Law of attraction

A call for moral order....perfect!

Especially since you were able to work in a bunch of low key name calling and denigration anyway....

The loony and racist left..

I think someone has missed the point.....
edit on 17-7-2018 by OtherSideOfTheCoin because: (no reason given)


Agreed, my point is basically that you should not be getting called a racist if your not actually a racist or if its just an assumption that is being made in the first place.

You just shouldn't be called you a racist in the first place.
edit on 17-7-2018 by OtherSideOfTheCoin because: (no reason given)

originally posted by: OtherSideOfTheCoin
a reply to: notsure1


It is always possible to respectfully disagree without getting into the silly school yard comments and to be perfectly honest in my view if you can’t disagree with someone without resorting to disrespectful language then you probably shouldn’t be posting it.


originally posted by: OtherSideOfTheCoin
a reply to: notsure1

I just wanted to fix your title..


Well thats fine you have not read the OP so there is not much discussion we can have on it.

I think the title was just fine as it was.

Thanks for your input however I would hope that if you properly read the OP you might find you have something more contribute.

I don't know how anyone can trust a person who wants any level authority over them, we used to call them "sheep". 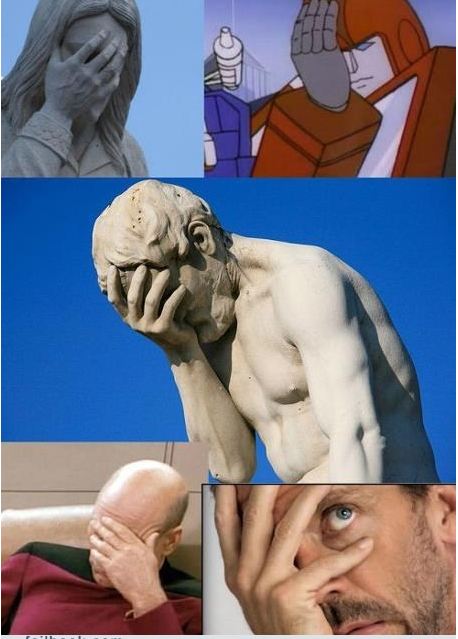 originally posted by: OtherSideOfTheCoin
I think this thread could be interesting, but I know that the title alone might have a few of you already tapping away on your keyboard ready to flame me for the provocative title alone.


I dunno man. Double the alliteration? I don't know if I can handle it.

Heh jk. As for your thread topic. I agree. I don't converse here much anymore since this site has just devolved into a political mud slinging contest and when I do I usually say may bit then bow out when the nastiness starts showing itself. Which, like clockwork, is almost always within the first few responses to what I said.

When I'm lurking, I'll read a thread title, recognize it as political bait, roll my eyes, then open it and see the usual suspects throwing around political slurs and insults instead of any actual conversation. It's not very conducive to opening a debate. I don't have a problem discussing politics, but I'm not here to make it personal or debate fallacies and personal attacks against me.

Well its unfortunate that you have interpreted what I have said in that way.

I honestly wrote this trying to call out both sides, even the left, if I have failed in doing that in your opinion then there is not much I can do about it other than to ensure you that I had no hidden meaning behind this thread other than to encourage us to think a little more about how we converse with each other when it comes to political debate.

I do not mean to denigrate anyone individual I only mean to criticise those of us who all to often seem to be resorting to the use of name-calling and just generally disrespectful tones in the course of what is supposed to be a political debate.

What is partisan about it, honestly like I said above I have called out the left as much as the right.

I will admit it may not be perfectly balanced but I have done my upmost to make a equal point against both groups where I can.