posted on Jul, 18 2018 @ 05:00 AM
link
I believe 66 represents free will and "spiritual mobility," for lack of a better term. Free will in the sense that it has the potential to become 616 (the real mark of the beast, according to some) with 1 representing animal nature or 606 (a reference to the zero point and the Merkabah/the 6, or soul contact in the personality).

I feel it's a signpost marking the two paths of materialism and asceticism. The first thing that comes to mind is the cross of matter and the crossroads thing (Route 66 actually has a crossroads-themed restaurant). Route 66 is also now Hwy 96, which kind of ties into the Hiram story (King Solomon's chariot/Merkabah or divine chariot he built and its number symbolism).

I found it interesting how the numbers with Hiram's chariot seemed to be about 6 and 9 and 2 and 3, which I feel may be referring to the focus on development of the mental body in man (moving on from the first two bodies). Judging from the symbolism's amount of references to soul growth and overcoming lower nature, I'd say Hiram's 66 was more about the 606 rather than the beastly 616/666, although King Solomon is pretty suspect when it comes to demonism.

I think 666 refers more to the sublimation and precipitation of matter/spirit in general. A funny thing they seem to gloss over in school is that carbon-based lifeforms reflect that number on the molecular level (carbon has 6 protons, 6 electrons and usually 6 neutrons). When you tie the idea of all lifeforms being carbon-based into the whole "Lord of the World" thing, then yeah it could be a bit devilish in that regard, but I think it's generally about humanity and its relationship to matter and evolution.

I've been interested in 66 and 606 for awhile now myself, having found it with me a few times in life. I never thought it was any sort of demonic reference (although others did) and am glad you made a post about this, because I just found out while looking at a list of things that happened in 1966 that my main online persona, named after Dr. Zhivago (1966) is another 66 reference. The US Department of Transportation was also founded in '66 apparently; I found that curious since it supports my spiritual mobility idea.

Just for fun I'll add that my unique ID for this online community I used to be a part of also happened to be 66, and I found out I was born at 6:06 am not long ago when I had to get a copy of my birth certificate. As long as it's not 6:16 and I don't catch myself speaking backwards, I'm not going to worry about it.

And since the first Batman came out that year, I'll leave you all with this:

9 is the common number

all the words have meanings


I hit a dead end when I was researching this...maybe you people have better luck?

I was already aware of what they guy in the vid is discussing....


in my opinion when you get closer to the real truth your body produces more melanin...your dreams become lucid and so forth..


in my thinking about the black madonna....maybe she was a black woman with high melanin so she turned white...


just thinking out loud ...no offence intended to anyone


what are your thoughts on the video that you linked?

My thoughts vary on the subject. One being I have doubts that the world we live in is not as translucent as we've been lead to believe. Nor as solid, a scientific fact.


...ordered the Jewish revolt to be put down, with the subsequent destruction of the Second Temple being the result. Why wouldn't they want to make him out to be "the beast?"...


I think so. This is the most widely accepted interpretation among Revelation scholars, that it is a way to calculate the name of Nero. Nero himself did not preside over the final destruction of the Jerusalem temple but he did order the rebellion among the Jews to be put down, in the First Roman/Jewish War, that did, as you said, result in the destruction.
I think the word here used in Revelation, "beast" means, basically, the forces of destruction, how nature always has a tendency to revert to its former state if people are taken out who have been working to transform things to the use of humanity.

posted on Aug, 15 2018 @ 08:26 PM
link
You’re making it way too complicated.
6= man and 3x of any number means emphasis and in this case, the perfect man.
The only perfect man, of course, was Jesus who also was Adam. It wasn’t Jesus who created the religion that worshipped him as god, but that’s exactly what the prophecy predicted would happen. The Mark is either accepting Jesus or baptism or whatever. Point is, salvation story was a lie and Christianity along with all the other brutal religions are all a part of the great Whore now riding on Trump.
Pretty obvious. That second Beast is the VP and we know the image he worships. Trump wants the whole world to worship his image of himself and the Christians are complying.
And that, in a nutshell, is the Abomination that causes the Desolation that Trump is displaying in full view. Mankind’s worship of his own image and forcing everyone around them to worship it too.
Does that clear it up?


And that, in a nutshell, is the Abomination that causes the Desolation that Trump is displaying in full view.


I think the abomination that Daniel was talking about was the Jerusalem temple having been destroyed by the Babylonians and the Lord's priest having been carried off.
So, it is the abomination that there is no temple where it should have been, with the Lord being properly worshiped.
I think that Jesus brought this subject up when he did because he was predicting the Temple of Herod in Jerusalem getting destroyed later by the Romans, leaving another such situation that Daniel found himself in regarding the absence of a temple.
I don't think there is a yet still future fulfillment of this prophecy made by Jesus.
I realize that there are people who hold to the interpretation that there will be a third temple in Jerusalem, but I think this is just something that was going to happen anyway, thanks to the continual growth of Zionism that we can blame on Hitler as much as anyone else for promoting.
I would agree that Trump is the biggest supporter of things Israel is doing now that will end up with a temple in Jerusalem.
As for beasts and images of beasts allusions in the Book of Revelation, I think it could be ancient Rome and Herod riding on it, along and his sons, with one of them ending up presiding over the crucifixion of Jesus, with the prediction of Herod's house falling, which it seems to have done. I don't see anyone now claiming to be the legitimate heir to Herod and wanting to become King of the Jews.
edit on 2018815 by LolliKum because: grammar 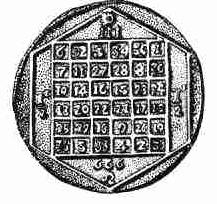 Also 69 does look like a tin an yang symbol, and is also the symbol for cancer in the western zodiac.