The president broke election law by paying off a mistress on the eve of an election..

Not exactly the same thing..

originally posted by: MisterSpock
I'd never be insulted at a fine woman rubbing her tits in my face. But the law is the law. If you don't like it change it. I wouldn't testify, but if someone didn't like/want it and it was unlawful I wouldn't throw a fit about it.

I wouldn't call Stormy Daniels a "fine woman".. She's anything but.

I'd just as soon hump a hole drilled in a wall and filled with razor blades..

She is soooooo unattractive...!!

originally posted by: JoshuaCox
a reply to: seeker1963


From my wild military days of running and visiting strip clubs.

I visited several clubs in the US, and over seas.

Every establishment was very mindful of the laws in its area. They liked to stay under the radar. Many different rules from towns to states.

If it was a a public club, or a private “social club.” What alcohol could be served, unless it was a bring your own cooler juice club. If you could tip with money, or had to use bought club dollars. If the strippers could get naked, or had to wear something over their nipples and/ or keep mommy bits covered. Clubs where strippers had to be six feet away from patrons when naked. If the strippers could even get off stage while stripping. Some clubs don’t have private dances. Clubs where bouncers watched when you paid for a private dance.

I have never been at a club where it was tolerated for a man to reach out to grope a stripper on stage. That has always been the fastest way to get tossed out of the club. The safety concerns alone should be common sense. Is that a fasle statement?

Some strippers are more loose with the rules? But club management likes to be perceived as abiding by the law to stay under the radar. Maybe Stormy was ratted out by other strippers thinking she was cutting into their tips. Wouldn’t be the first drama between strippers.

Or.... You ever think Stormy got caught because she didn’t even try to comply to the laws others at least paid lip service to? Laws and rules that help keep other strippers safe on stage. Stormy thought she was above the law, too important to bother with the law, and mainly repeatedly broke the law? Wouldn’t be the first “celebrity” with an above the law attitude.

posted on Jul, 14 2018 @ 09:31 AM
link
Ever think the law is really cited because it is usually handled at the lowest level by bouncers at the club. To drive the point home, I have never been to a club that tolerates men reaching out to grope strippers on stage. It is the fastest way to get thrown out of a club. The private dances are usually monitored by bouncers to ensure a private dance doesn’t turn to an act of prostitution, and to ensure the safety of the dancers. Is that a false statement.

Sorry. Quoted wrong person. I apologize again for the confusion.

edit on 14-7-2018 by neutronflux because: Removed wrong quote. Added apology.

originally posted by: c2oden
Nobody cares.

2pac cares if dont nobody else care

posted on Jul, 14 2018 @ 02:09 PM
link
Since there hasn't been a trial that I know of? Allegedly to avoid one or be disgraced; she was paid hush money like the alleged victims of Micheal Jackson. Meaning there is no real way to buy silence so striking one deal with a devil means it is going to put them on your heels... for taking that bribe to be quiet about any indiscretion. I don't know the price what? A dollar or so for every sperm spilled.

Then we all get a whale of a tail... and a bunch of land sharks running around out for blood.

Perhaps the sting of one would have looked suspicious; so of course a round up to spread that out so it wouldn't look so suspicious makes more sense... meaning there is a possible intelligence advisor with a whistle to blow.

And we thought once the real "Deep Throat" was named Debbie wouldn't have to do Dallas any more. To cover up twins or at least an under study and two brothers that went mmmm K! For a Norma Rae and a Norma Jean.

Considering that both "Marilyn's" ended up dead in two different rooms(police photo stock); a little Bobby was left holding the bag that many years later he went to trial for. 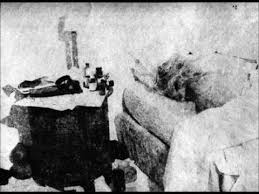 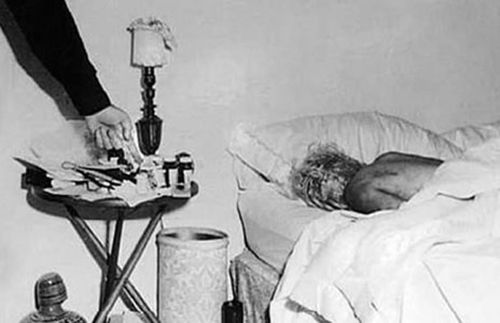 Politics and conspiracy when someone thinks they have something to lose... corrupts not only self but others? Absolutely.

originally posted by: neutronflux
Or.... You ever think Stormy got caught because she didn’t even try to comply to the laws others at least paid lip service to? Laws and rules that help keep other strippers safe on stage.

Or...maybe she didn't break any laws...
(Hint: She didn't...hense why charges were dropped, police said they screwed up, and this entire thread is absurd)

Blaming the police for arresting a criminal breaking laws is the epitome of nonsense.

And FYI, her "affair" with Trump is merely alleged. Woman lie about sleeping with powerful/successful men very frequently, and paying off (out of personal money) a liar to avoid reputation harm is a common practice (and not a crime)
edit on 7/14/2018 by JBurns because: (no reason given)

You sort of have it backwards.
And there was no violation of the law.

And that eats you up, doesn't it. Best looking first lady in history. If we had it your way, Golem (Bill Clinton) would be the first lady.