People raise these and many other questions about Freemasonry. I chose ATS above all other public forums to address these issues (and others that you might want to raise) because of its good reputation as a civil means of social mediation.

As an organization, no.

Not a Mason myself and my religious belief would not permit me to join as the oath is an anathema to my religion (Swear NOT by the throne of God).

That said you are absolutely correct, Freemasonry is a SECRETIVE society not a Secret Society except and in were it does often have it's members keep there own membership a secret from non members - not always I for example know lot's of mason's whom proudly wear ring's with the Compass symbol on them etc, actually many NON mason's also wear such since it is a freely available symbol and perhaps they want to be members?.

There are HOWEVER I have absolutely NO doubt whatsoever most probably very real secret society's WITHIN the masonic umbrella - are they still Mason's though since they may merely use the Masonic lodge system as a hide for there own secret orders? I suppose that is up to you mason's to decide among yourselves if you ever encounter them since they likely recruit from among a select few of your brothers and does there new allegiance hidden even from you contradict there claim to be your brothers in the masonic fold?.

Some indeed DO sorry to contradict you Canadian Mason, in fact some claims to the origin of there sect's are that they actually began as a guild of Mason's whom were also freemen and Cathedral Builders in part of what is today German were they then eventually gained Royal Patronage and even the local crown Prince presumably automatically given a very high ranking as a member of there society making it there after very fashionable among certain circles in Europe and beyond as well as profitable.
Others would claim there are also link's to the Hansiatic League which is actually quite likely since the Hansiatic league an international web of traders and merchant's reaching across the medieval world christian and islamic would have had ties with such a guild even if only at a business level.

Despite there claim's and belief's however they do not go back to ancient Greece and ancient Egypt and certainly don't go back to Solomon's temple and it's builders.

Okok. Yeah i've heard they originally came from masons. I've just always been curious if they are still involved in it some how.
edit on 12/7/2018 by dug88 because: (no reason given)

Well in that context Canadian is correct, no they are not though there are more than enough builders - the modern heirs of the ancient masons - real stone mason's are a dying breed since most stone cutting is now done by machine so there time honored tradition is actually dying in our concrete world - anyway there are more than enough builders whom are members, over here in the UK the Rotarian's are taking over though as an alternative kind of chamber of commerce competitor were there members can make there back door deal's among themselves which was formerly one of the main advantages of being a mason and is perhaps indicative of why there membership is dropping in many nation's.

Yes they operate in the shadows of secrecy, and yes there are orders and societies with societies and orders... check out this thread The Copiale Cipher (decoded) "Occulist Order" on a decoded work from the 18th century of a succint secretice society of the time actually debasing certain London based sects of Free Masonry for their apparent derisive behavior....

Though that was 300 years ago - what is old is new again and all that jazz.


Not a Mason myself

my religious belief would not permit me to join

Mine did. What is your "religious belief"?

the oath is an anathema to my religion (Swear NOT by the throne of God).

Your choice of the word 'anathema' is a curious one. May I ask what you mean by it?

Our 'oath' has nothing to do with swearing "by the throne of God". Where did you get that idea from?

you are absolutely correct, Freemasonry is a SECRETIVE society

I didn't say that.

It's up to each individual member whether or not they wish to share their affiliation to Freemasonry with the public. Doing so isn't a problem for me personally.

lot's of mason's whom proudly wear ring's with the Compass symbol on them etc, actually many NON mason's also wear such since it is a freely available symbol and perhaps they want to be members?.

No Mason is forced to wear a Masonic ring. It's a personal choice. Most Masons probably do wear one. I do.

secret society's WITHIN the masonic umbrella - are they still Mason's though since they may merely use the Masonic lodge system as a hide for there own secret orders?

I suppose that's possible. I am not aware of any such secret society operating within "the Masonic lodge system". If there is such, it's doing a good job of keeping itself hidden from me. Do you have any evidence for this? If so, I would really like you to share it with me.

they likely recruit from among a select few of your brothers

Really? Are you telling me there exists some sort of super-secretive society within my Fraternity, and I don't even know about it? And the reason why I haven't been 'tapped' is? What? Am I not important or useful enough to it, maybe?

You are circling the distinction between operative and speculative freemasonry.
edit on 7/12/2018 by DictionaryOfExcuses because: (no reason given)


Well I suppose you would also deny that there is a Lucifer cult that has infiltrated masonry and did so most likely during the seventeenth century with link's to the infamous hell fire club and what is today the Bullingdon club over here in the UK and how that corruption infected certainly a lot of if not all masonic sect's but did infect the US masonic sect's which mostly grew out of the British masonry.

Prior to that Masonry was a quite different beast I believe.

But hey if you want to blaspheme and claim Jesus is Lucifer and that Lucifer is the Goatu then go right ahead it's your soul to sell OR is it?.

posted on Jul, 12 2018 @ 08:58 PM
link
Freemasonry is a cult based on sun worship/lucifer. Gaining knowledge of the physical world more and more. The brainwashed will tell you otherwise, but a fool is as a fool does. Go to one of their lodges and tell me that the unmarked and discreet look to them is not creepy af. 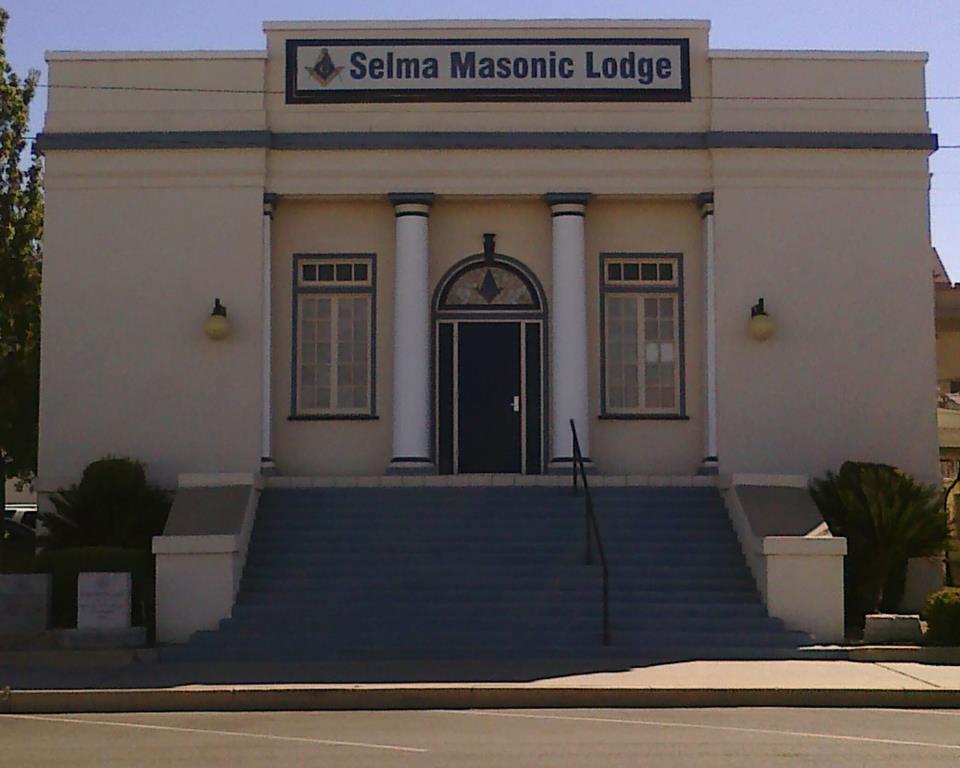 I spotted a Masonic Lodge one time in a town that neighbors mine. It'd be an honor to be a Freemason in my opinion. Anyways, I've traveled that area of town so damn much and have never before seen it until about a month ago, popped up outta nowhere. And people seem to pay no visible attention to it, and sort of act like it doesn't exist when it's brought up. Its a beautiful building and is kept in great shape. Little info about it online. Doors are always kept closed and I've never seen people walk in or out of it. I'll post a pic of it.
edit on 12/7/2018 by LtFluffyCakes96 because: Attempted mobile posting of pic, failed
edit on 12/7/2018 by LtFluffyCakes96 because: picture

sorry to contradict you Canadian Mason

You need not apologize. You are perfectly free to disagree with me. All I require is evidence.

Yes, our historical roots stem from the medieval guilds of stonemasons. We refer to them as 'operative' masons. We, on the other hand, call ourselves 'speculative' Masons. Operative masons built the great cathedrals, yes. We, as speculative Masons have nothing to do with their construction.

what is today German

I don't know what you mean here.

Indeed, yes. Here's how we are to understand that, and this comes from my book of 'The Work': "...monarchs themselves have been promoters of the art; have not thought it derogatory from their dignity to exchange the sceptre for the gavel, have patronized our mysteries and have joined our assemblies."

This is the first I've ever heard of it.

they do not go back to ancient Greece and ancient Egypt and certainly don't go back to Solomon's temple and it's builders.

Some Mason writers in the past have claimed such a thing, but today, with better scholarship, we reject any such claims.

Freemasonry, as an organization, is not involved in actual brick and mortar masonry today.

Yes, that's true but, I don't think it's for the reason you have given.


they operate in the shadows of secrecy

there are orders and societies with societies and orders

I'm not sure what you mean here.

Okay, that sounds interesting. I'll check it out. Thank you.

Well, like I said, it sounds interesting but, I won't comment on something I haven't read. It's the first I've heard of this.

Yes, I do deny that. I have seen zero evidence for it.

While there is much rumour and hearsay about the Hell-Fire Club, there are few verifiable facts. Of the many clubs that either used the name, or claimed an anti-establishment, anti-morality stance, only two are of particular interest. The first is the original Hell-Fire Club, reputed to have been founded by Philip, Duke of Wharton about 1720. It either met in three locations or was one of three separate clubs. The second is the Order of the Friars of St. Francis, founded by Sir Francis Dashwood about 1750. While never called a Hell-Fire Club during its day, it is the one remembered by the name although the others all contributed to its reputation.

It's the first I've heard of this club.

blaspheme and claim Jesus is Lucifer

I would do no such thing, nor would any of my Brethren, not even the non-Christians amongst us. I'm not a Christian myself, so I don't believe in your Jesus or Lucifer.

It's G.A.O.T.U. - and it has nothing to do with your Lucifer fellow, in whom I assume you believe. It's an acronym for the Great Architect of the Universe.

it's your soul to sell OR is it?

What do you mean here?


Freemasonry is a cult based on sun worship/lucifer.

Please provide some evidence. I have seen nothing to indicate that Freemasonry is either "a cult" or "based on sun worship/lucifer".