In a Sun interview today Trump puts another nail in May's coffin as he hints that a US UK triad deal would not work of the country goes forward with May's "soft" exit.

This right on the heals of Trump upsetting the apple cart at the NATO summit. He certainly knows how to alienate US allies.

So is Trump out of his depth diplomatically and continues to bumble?

Does he simply not care ... or takes for granted these allies will stick around no matter how much he abuse them ... and they are certainly sticking around as all I hear them do is complain about his actions but continue to talk about how great and strong their relationship is with the US. Why don't they just turn around and shun him completely... show him who's boss?

UKTruth
+8 more
posted on Jul, 12 2018 @ 07:33 PM
link
The point is well made by Trump. He won't deal with the EU on a trade deal with the UK. Bilateral or nothing.
Our media want to make some headlines to sell papers.
That's all.
Add for showing who is boss, well we are in no position to show anyone anything. We have messed up the Brexit deal.
It should have been... 'you get no cash, you get nothing. We leave on this date. Oh, we're also going to start negotiating deals now. Don't like it? Suck it.'
Then we should have contacted the US and got straight to work on a deal.

posted on Jul, 12 2018 @ 07:35 PM
link
I see somebody finally speaking up for the US. I don't know what you see. You can hide in your PC bubble and let the US keep funding everybody else, but I'm tired of it.


Trump has balls, and I admire that. 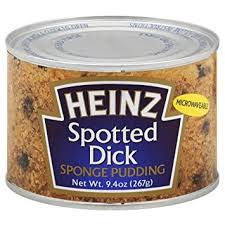 Theresa May has done the best she can despite her critics but even then it is a disaster and we should have argued from a far stronger position than we eventually did, I do believe however that we genuinely need to get out of Europe but more correctly we NEED to get out from under the thumb of the Troika whom are nothing but gangsters tearing wealth from the poorest in Europe and putting it into the bank account's of a tiny minority of very wealthy internationalist elite citizens'.
So My personal problem is not Europe but whom and what is now in control of Europe.

Trump is merely trying to STRONG ARM our Brexit into us staying in the EU since it makes it far simpler for him and his plan's if we do, deal with only those mercenary types over in Brussels whom have shown they actually have no true regard for the right's and well being of EU citizen's and can be bought for a price over having to trade with individual state's and there many different policy's.

It makes far more sense for us to trade with the EU given geographical distance, plus I see no benefit to trading with the US, the only thing I see imported mostly is US sweets which are expensive, if this is a pre-requisite to a trade deal with the US (product being more expensive) then I don't want it!

The US has little to nothing to offer...oh, chlorinated chicken perhaps, nah I would much prefer a continuation of trade with the EU makes far more sense.

May is a national embarrassment for seeking to push a trade deal with Trump especailly off the back of comments he made today.

She is weak, never had the full backing of her own party and was merely used as a scapegoat because they KNEW that Brexit was going to go badly and they needed someone to take the blame.
She has not been strong enough in her battle but of all the Tory's and I am no lover of the Tory's she is actually one of the decent one's whom actually DOES care about the British people even if her party only really care about themselves so give her a little slack, her day's in her job are numbered and you may well end up with Gove as the Tory leader, a worse potential prime minister I can not imagine - one exception Boris and he is the real embarrassment to our nation.
I recently heard a new broadcaster talking about another Tory whom recently passed away refer to him as a Patrician, I do wonder what country and time period our Media believe we live in, there are NO patrician's in our society or indeed Plebeian's but that is another matter and off subject.
(patrician's were hereditary Roman's descended from the original family's of Rome - to be a Roman Citizen within the empire was next to be a Roman Patrician but slightly lower, Plebeian's were mostly descendant's of the people of the Etruscan empire and the those from outside the city of Rome though also included the poor roman family's whom were not of the ruling caste of that ancient culture).

Don't know if you are familiar with the old British TV series Spitting Image but that would have made a fantastic sketch and in fact they would probably have made it.
A bed scene with latex parody of them, Putin in an Urshanka with a soviet badge on it, the bed moving and Trump popping up then Lil kim poking out from by there feet, throw in some Vodka and a few dancing Russian bears and spot on.

Not my opinion I actually think that for all his flaw's Trump seem's to be benefiting the US economy at the moment if not necessarily it's democracy BUT if he ever does clear the swamp and get rid of the corruption - which includes corrupt law enforcement - which I doubt he ever shall then he would be one of your greatest president's since Kennedy even if his politics are in many way's diametrically opposed to those that Kennedy stood for, I can't for example see trump calling himself a Citizen of Berlin.
edit on 12-7-2018 by LABTECH767 because: (no reason given)

May is a Tory there is no caring for the people though I will conceade the erosion of support to the most vulnerable has lessened its pace, of course it had to because they are still implenmenting all the damage yet to be inflicted.

I agree Brexit is a poisoned chalice, however by design the Tories can't help but implode on themselves..it is in their nature.

Selfish to the core even May, she didn't have to put a bid in to become leader, unless her plan was to do her damndest to reverse Brexit in which case it is a valiant effort but one which will truly fail because there will be blood if we don't Brexit...at least that is what the great uneducated say in the Yahoo comments section.

originally posted by: MiddleInsite
a reply to: eXia7 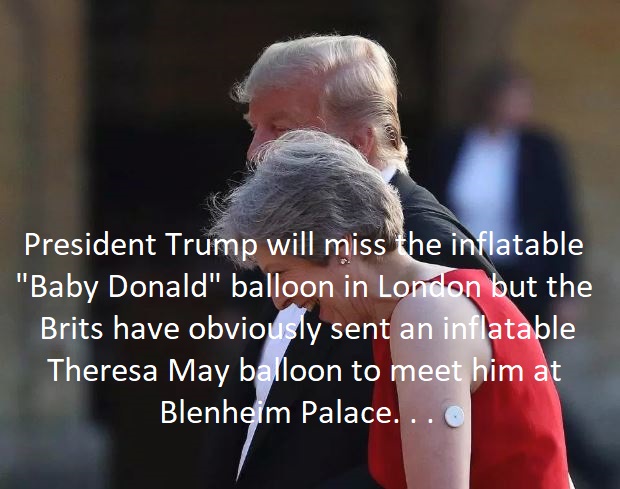 originally posted by: LABTECH767
a reply to: solargeddon

I think the world is in a pretty big mess at the moment I'm not sure what it is going to take to sort it out actually yes I do, a paradigm shift one where people recognise the right to quality of life for all and not just the few who come from priviledged positions which allow for mass manipulation of the masses.

It begins when people stop believing what they read, see and hear and start critically thinking dissecting the informaton presented to them understand the underlying motivation of why information is being presented to them in a particular way.

United we stand, divided is what we currently are.

Lol, you anti-Trumpers never cease to amaze me.

originally posted by: Willtell
You’re lost in space if you like trump.

Did you know that Trump won the election and is your POTUS?

Do you dispute these facts?

So more then half the nation is deluded? Lol, you're just plain deluded bruh 😌

The conservative blind mice in the country are so credulous, they're the most brainwashed group of people EVER in the history of mankind.

But they're proud of being used.

Ultimately Putin is using them

Hillary beat him by 3 million votes