What is CERN up to? Inter-dimensional travel? (CERN references in TV) 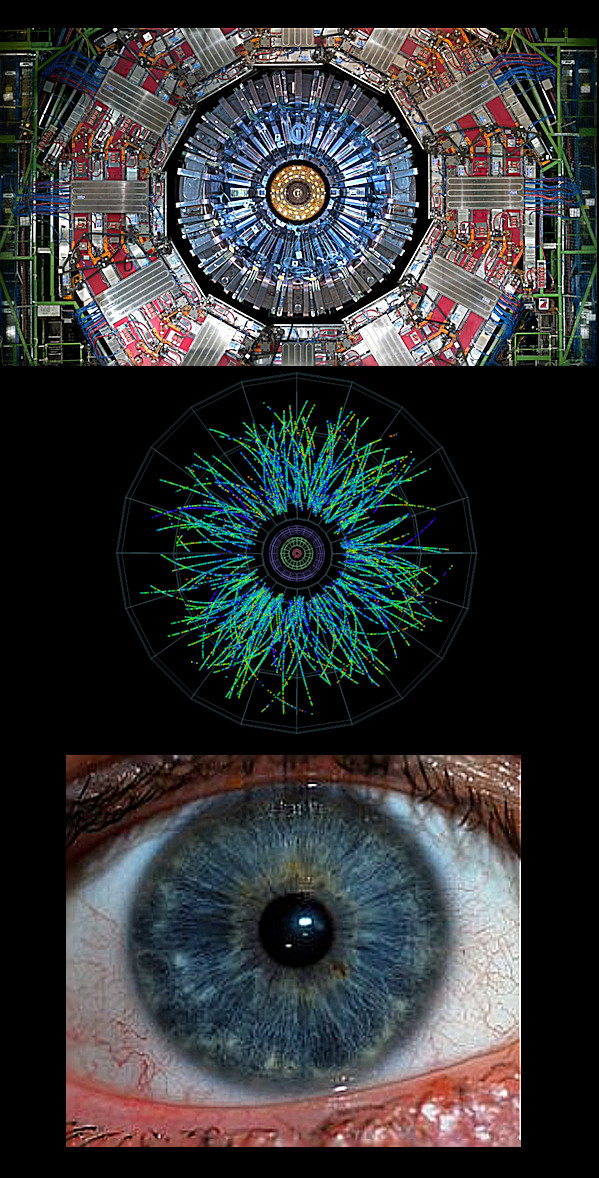 posted on Jul, 11 2018 @ 12:10 PM
link
It might be possible to change to a different timeline, but not travel through time. That would be like jumping branches of a tree to get to a different reality.

What are your thoughts on CERN?

It's a particle accelerator with no occult, paranormal, or otherwise woo-woo elements. But it sounds like you've made up your mind that something different is going on. You have no credible evidence, but that's never stopped anyone from believing weird stuff. Just look at religion.

posted on Jul, 11 2018 @ 12:41 PM
link
the 666 logo, the occult statue and reference, the human sacrifice ceremony on the campus.. yeah, nothing occult to see here, that's normal for every science experiment, since we know scientists are always into religion and transcendental stuff... not.

I am all about a good conspiracy theory, but I am not convinced of any occult connections at CERN. Most serious scientists that I've ever met have precious little belief in anything mystical, be it the occult or religion in general. Also, FYI, Shiva is not an occult symbol. Shiva is an important deity in a religion that approx. 1.08 billion people follow on this planet, that also happens to be one of the oldest, if not the oldest, organized religions being practiced today.

NOW, what does concern me about CERN????? I believe that at times, in the name of science, we humans are prone to stumble our way into powers and forces we don't entirely understand without complete respect for the consequences. I do not claim to understand particle physics, but I do recall hearing that in many of the CERN experiments, the results have been very different than what was originally expected. My fear is that at some point, we will be messing with high energy reactions and will unleash an unexpected series of events on our planet which we cannot contain. In retrospect, the people who detonated the first atomic explosion were playing this same game. On paper, you may think you know what will happen, but what if, the reaction of that sort of energy follows laws that we don't entirely understand yet. Of course, it would be fantastic to learn how to initiate a reaction that might form a new star or a black hole, but I am not sure I am comfortable with experiments of these sort taking place on the same planet where I live. I know that really smart people have spent a lot of time making sure that there is no existential danger to these experiments, but when it comes to ultra high energy interactions that have never been done before, how do they really know what to expect???

posted on Jul, 11 2018 @ 02:23 PM
link
How long has CERN been up and going , I have not heard of any break through findings not even sure what smashing tiny Particle's together at any speed is going to get you other the smashed particle's of the particle you were smashing .. It's a big toy . Isn't their work based on a theory of the big bang ? what if there was no big bang , Rubbish in my opinion trying to tear the fabric of time and space . But have fun playing with it .

I don't know what the hell they're doing; they may not know either.

But I just about dropped my jaw when I heard a report on C2C to the effect that scientists believe they are actually detecting interdimensional particles bleeding over from the other side.
acrookedpath.com...

I also found this!
news.softpedia.com...

Probably the most reasonable and thoughtful post in this thread. I agree with everything you've pointed out.

As an aside, a friend of mine, real egg head, worked at the LHC. He said it was "very boring." Lol.

He is the type to at least hint at certain things. This was a candid response in that the LHC activities were actually quite mundane as far a as he knew. Seems to fit the typical science-y protocol.

However I do agree that our species has a propensity to mess with things and develop stuff without setting in motion the proper precautionary fail safes. Case in point, nuclear power plants like Fukushima.

originally posted by: anticitizen
the 666 logo, the occult statue and reference, the human sacrifice ceremony on the campus.. yeah, nothing occult to see here, that's normal for every science experiment, since we know scientists are always into religion and transcendental stuff... not.

Oh, for God's sake, don't you know you're being played? The "kids" at CERN (Yeah, the young employees) are having a field day stoking others' idiocy. To them it's a game, then people come along like this and they say, "Got another one!"

I am all about a good conspiracy theory, but I am not convinced of any occult connections at CERN. Most serious scientists that I've ever met have precious little belief in anything mystical, be it the occult or religion in general.


Not sure how many you've met, but our own military-industrial complex has seen a slew of science-mystics---and even funded them. Way too much to go into here but a good starting point is the remote viewing programs and tracing out from there. You'll find weird science--or weird scientists--all over the place.

The film "Symmetry" does raise some questions because those familiar with "ritual" can see it for what it is.


I don't disagree with you about the existence of "science mystics" or about occult involvement in some circles, and I am not closing my mind to the possibility of occult connections anywhere, including CERN. I am just saying I am not convinced that its happening at CERN. a few statues and ceremonies do not mean that the actual work being performed is anything more than cutting edge scientific exploration. I've seen evidence of occult references in Superbowl half time shows as well, but that does not make the game of football an occult activity.

Agreed on Fukushima. I'd add many other things to the list of activities that are potentially venturing into the unknown, such as Artificial Intelligence, chemical additives to food, and the recent reboot of "Full House" on Netflix.

They are just banging stuff together.

originally posted by: manuelram16
you do know it's the perfect site to make 'ununpentium 115' for the TR3B......

It would be fairly useless in powering anything.

thats "unobtanium 115" isnt it? lol. And No the Black doritos dont use that made up crap. Compact room temp fusion reactors are used. You know the ones announced a few years back by lockheed?

CERN is messing with time dilation using mini black holes created when they fire up the collider.

Why not just use a synchrotron if you wanted to play with time dilation?

originally posted by: Psilocyborg
How about that ceremonial lucifarian dance ritual CERN put on awhile back that Angela Merkel attended?


Is CERN about dancing, now?

But I think you are talking about a road tunnel opening ceremony, in a different country, where Angela Merkel is the Prime Minister.

posted on Jul, 11 2018 @ 05:07 PM
link
Wait.
They are creating black holes
They are producing supernova (although one can be created more efficiently by a laser lab)
They are mass producing anti-matter
They are producing previously unknown particles
They did find the "god particle"
Wooooaaahhhh
All this while producing no more energy than that produced by 16 mosquitoes in flight.


I would say your movie pictures look more like the Fermi Labs accelerator from the days of the movie.
I could be wrong
Or , I could be right.

CERN is a particle accelerator.

It's not a time machine it's a scientific instrument custom designed towards the discovery of new particles.

Even if CERN were to find evidence of the Neutrino(not much chance), it would still only be a particle accelerator!

It does not manipulate time, nor make black holes(of any significance, dont even know if it can yet), its a tool, granted a large and very expensive one, but that's it.
edit on 11-7-2018 by andy06shake because: (no reason given)

CERN is a big ring where you accelerate particles to the speed of light and make them collide.

So the faster you can accelerate (increasing E) the particles (c) and make them collide then when c=0 (but E stays the same) then from the above equation you get an increase in mass, for those particles.

I am getting tired of the utter utter Trumpeske ignorance these days.