91 year old man beaten: told go back to your country

California police are searching for multiple suspects after an elderly Mexican man was allegedly battered with a brick in his Los Angeles neighborhood on Independence Day in what a witness described as a blatantly “racist” attack.

A neighbor, 35-year-old Misbel Borjas, said she saw Rodriguez attempt to pass a mother and her young daughter on a sidewalk when the nonagenarian accidentally bumped into the child. Borjas, who’d been driving by in a car, told The Washington Post that the mother, a black woman, pushed Rodriguez to the ground before “repeatedly bash[ing] him in the face with a concrete brick while yelling, ‘Go back to your country.’

they just suck. the question is to what degree

if everyone was just a little nicer to each other and had a little bit of compassion things would be a whole lot better.

im not talking major # you know.

when some grandpa bumps into your kid you just kind of go with it. ask the kid if theyre ok and keep on about your day.

you dont need to #in smash them

some asshole hauls off on your kid hen yeah. you smash them.

Rodriguez, who was born in Mexico and is a permanent resident of the United States, told reporters that the woman enlisted a group of men to join the attack. She allegedly told them Rodriguez was trying to snatch her daughter from her.

The men, whose relationship to the woman is unknown, kicked Rodriguez while he lay “crumpled on the ground and stomped on his head,” Borjas told the Post. The group fled before police arrived. Video filmed by Borjas in the immediate aftermath of the alleged attack shows Rodriguez sitting on the ground, his face covered with blood. He suffered a broken jaw and cheekbones, two broken ribs and bruises on his face and torso, his family said.

In three days, more than 5,500 people have donated $160,000 — far surpassing the family’s original $15,000 goal. The campaign’s comments section was deluged with words of support and compassion from people across the country. “The love and kindness of every true American is being sent to you,” wrote one donor.

of course this bothers me because i am no fan of this kind of violence. what also bothers me is out nation of badly written and randomly enforced laws sometimes see people that so # like this get off super easy and people that commit non crimes like non violent drug offenders get their lives ruined.


Here a pic of the person in question. 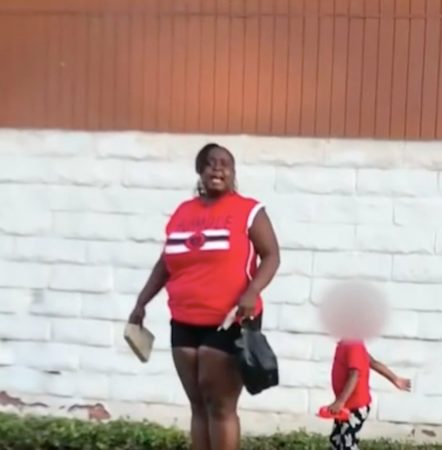 
poor old bastard makes it 90 years only to get smashed by some complete piece of #
edit on 10-7-2018 by TinySickTears because: (no reason given)

(post by Jefferton removed for political trolling and baiting)
TinySickTears
+5 more
posted on Jul, 10 2018 @ 05:25 PM
link
funny thing is if someone would have tuned big momma up and told her to go back to africa......

can you just imagine???

(post by notsure1 removed for political trolling and baiting)
hopenotfeariswhatweneed

I'm betting some people are just quietly laughing about this and saying the old bloke deserved it.

originally posted by: WUNK22
There is a serious problem and we in the USA aren’t willing to talk about it. 13% of the population commits over 50% of all crime. Yeah, yeah, slavery, incomes inequality, no jobs, whitey, the excuses are growing tiresome.

You are correct. There is a problem in the US and it's a fairly simple one to understand.

We are reaping what we sow.

i hope they find them and give them a taste of their own medicine.. and get that child in better hands.

This world officially does suck.