The Secret Tunnels of Mexico and Central America

page: 1
30
log in
join
share:
NeoIkonEpifanes
+9 more
posted on Jul, 5 2018 @ 02:01 PM
link
Legends of a labyrinthine network of ancient tunnels abound throughout Mexico and Central America. There is no widely accepted theory as to the origin and purpose of these mysterious tunnels. At Teotihuacan alone, the extent of the underground labyrinth may well turn out to be in the tens if not hundreds of miles.

Aztec myths and creation stories speak of a legendary subterranean world, Chicomoztoc, the "Place of the Seven Caverns", from which the ancestors of the Aztecs were said to have emerged at the dawn of time.

Traditions of buried treasures, sealed underground chambers and tombs spread widely and uncontrollably at the time of the Spanish conquest, although only few of these tales can be presently verified. Yet, at places like Teotihuacan, among the ruins of Mitla and the megalithic fortresses of Xochicalco and Tezcotzingo, the entrances to these ancient tunnels are still clearly visible and may even be explored for a considerable length.

Here you will find a list of some of the most famous tunnel entrances that are known to exist across Mexico and Central America:
unchartedruins.blogspot.com... 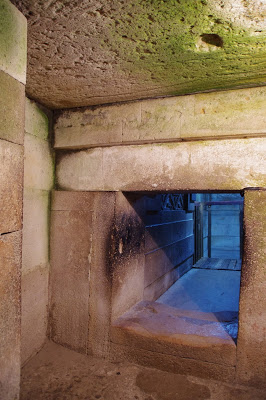 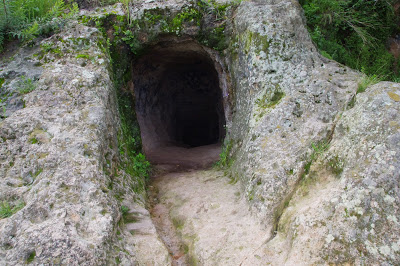 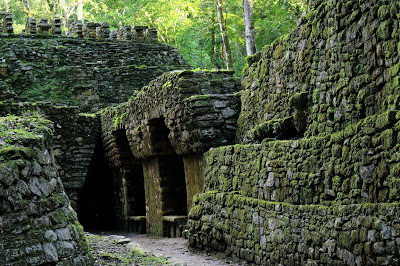 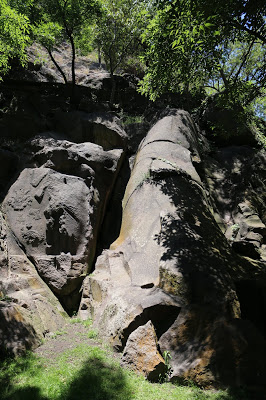 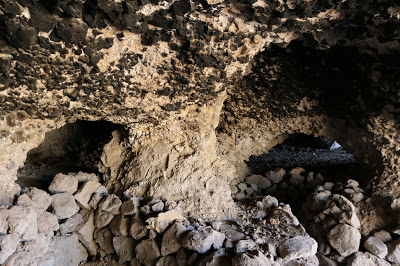 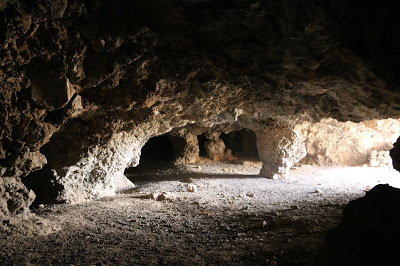 
The article mentioned while exploring the tunnel system underneath Teotihuacan, they discovered vast amounts of liquid mercury. That sounds very interesting and would be great to see a picture of it.

You need to do some reading on meso american creation mythology, and the tunnels and passages will make more sense.

They are metaphorical paths to the underworld, in some cases they moved water around as a metaphor for the creation river.

You are aware of the worldwide network of tunnels mentioned all throughout the world? Thought to connect with each other some go for hundreds or (thousands?) of miles in all directions and Europe, South America, North America... on every continent.

These we're thought related and built by some ancient, unknown race in antiquity for some unknown reason. I can't provide the links, but they can be found easily by searching both Google and YouTube.

I watched and read about them in detail. Quite fascinating. If you weren't aware, I thought you'd like to know these you mention here are not the only ones.

"Vast amounts" may be an exaggeration.


Fifty feet in, we stopped at a small inlet carved into the wall. Not long before, Gómez and his colleagues had discovered traces of mercury in the tunnel, which Gómez believed served as symbolic representations of water, as well as the mineral pyrite, which was embedded in the rock by hand. In semi-darkness, Gómez explained, the shards of pyrite emit a throbbing, metallic glow.

Mercury is often found in Mesoamerican tombs in the form of a powdery red pigment called cinnabar, but its liquid form is extremely rare. So it was with some surprise that Sergio Gomez, an archaeologist with Mexico’s National Institute of Anthropology and History, discovered traces of liquid mercury this year in three chambers under the early-third-century A.D. Feathered Serpent Pyramid in the ancient city of Teotihuacan. Gomez believes the mercury was part of a representation of the geography of the underworld, the mythological realm where the dead reside. The silvery liquid was probably used to depict lakes and rivers.

Precisely the sort of thing you’d expect to find in a royal tomb whose discovery would land you on the cover of National Geographic. But lead archeologist Sergio Gómez spoke to the Guardian recently and sounded pretty downbeat about the whole thing. “At the beginning of this investigation we thought the tunnel was a metaphoric representation of the underworld, the place of creation and transmission of power, and that we would find a tomb of Teotihuacán’s leaders in this very scared place.”

Looks like those tunnels are no longer a secret!

All these caves were supposed to lead together under the fabled crooked mountain called Culhuacan. This was the place where all the different Mesoamercan tribes originated. Montezuma called that place Aztlan. 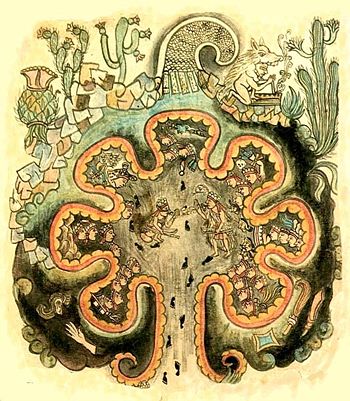 edit on 7-7-2018 by lostinspace because: fixed spelling of crooked mountain

You are confusing two concepts, the Aztec concept of Aztlan, and the 7 primordial caves of creation, which are not a meso american concept.
The Aztecan idea of Aztlan is a cultural memory that is fairly new. The Mexica, or Aztecs, are not even a meso american, they only arrived in the Valley of Mexico in the 13th century, after a migration from the north. Aztlan means "place of blue herons" in Nahua, the Uto-Aztecan language of the Mexica. The Uto-Aztecan language family has its roots in Ca., and likely central cal, the linguistic and cultural evidence supports this idea.
The Seven Caves of creation are real, but they are not in mexico at all, but in the central Sierra Nevada mtns. the location of one cave is still known and I have been to it.
The caves were where the legendary seven tribal elders(cheifs), led their people in order to survive the great cataclysm that befell the ancient people of california, this event is recognised and documented in the cal archeological record as a 600 year appearant near abandonment of california, starting 12,900 years ago.
Fast forward 12k years and the descendants of some of those people were living on the shores of a shallow inland sea in southern california, a sea whose most abundant bird was the blue heron.
That sea was cut off from its supply dranage by an earthquake about 1000 years ago, the loss of supply combined with the same drought extra regional drought that hit the Anasazi and Maya, caused the lake to dry up rapidly, one or two generations. The people who lived their left and didnt leave any traces with the neighboring people, and several generations later the Mexica join their Uto Aztecan speaking cousins who settled there many thousands of years earlier, after the great catacylsm, that their true meso american neighbors accounted in their own creation mythologys