The Symbolism and Prophecy Fulfilled by Jesus

From the beginning when the archetypal couple fell from paradise, there was a persistent recurring theme insisting on a savior that would fix the otherwise irredeemable fallen condition of humankind. Because the Truth manifests on symbolic and parabolic layers, the names of the patriarchs in succession to the birth of Jesus tell the story of this redemption. Here are the definitions of the names of the 10 firstborns amalgamated together: 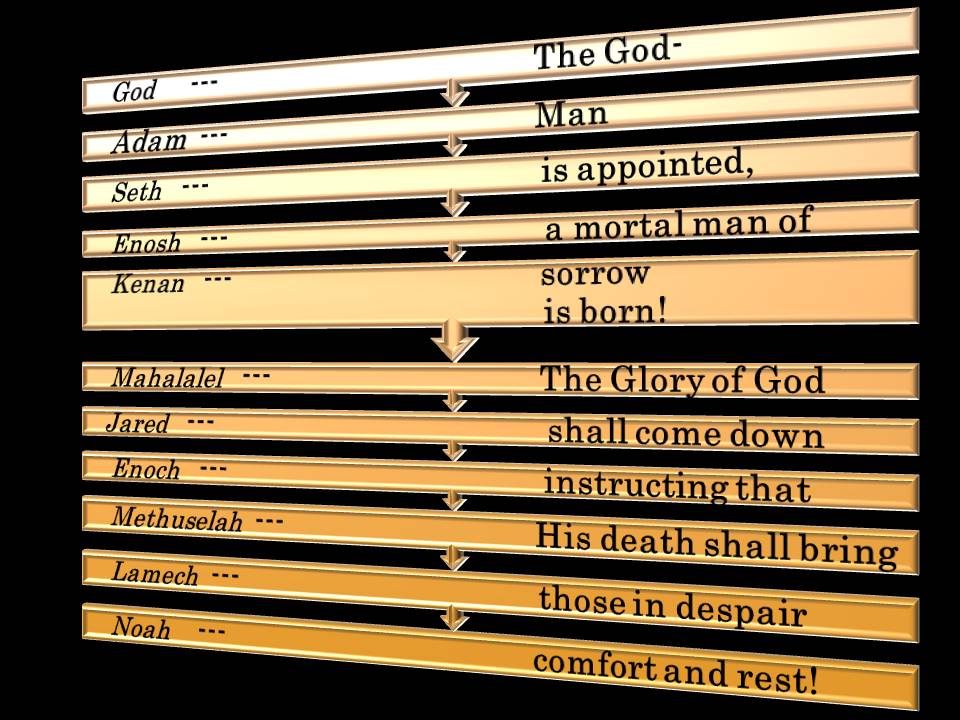 This is a sure telling of the inevitable intent of God. This story attributed to the names of patriarchal Jesus's lineage continues and can be read Here (link).

The story of God commanding Abram to sacrifice his son may seem at a cursory glance to be brutal and deranged. Yet, in doing so, Abram was exalted, because he was willing to do what God would one day do with his first-born: Jesus. Foreshadowing is one of the ways prophecy manifests. The law of Moses focused on attenuating sin by sacrificing the first-born of the flock without blemish. This too was fulfilled by Jesus, who was the first-born of God without blemish.

Even more specifically, the Jews were waiting for the sacrificial lamb that would allow for the passage of the children of God out of material bondage into the spiritual liberty of the promised land. The blood of the sacrificial lamb was splashed on the cross-beams to allow the Spirit of God to liberate the people from Egypt (which means "shut in") 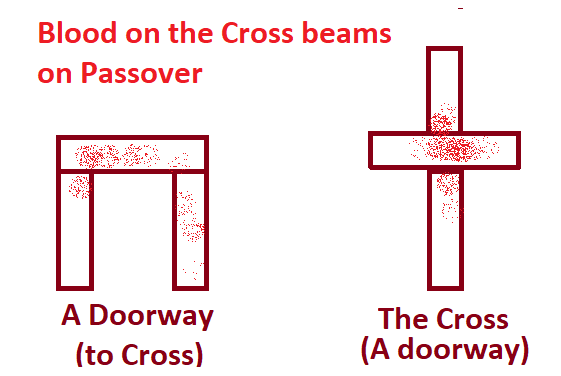 The blood of the lamb was applied to the crossbeams with a hyssop branch (Exodus 12:22), which is what the Roman centurion used to feed Jesus the bitter vinegar (John 19:29). This is why after the hyssop branch is offered to Jesus, he replies, "It (prophecy) is finished", because it fully re-enacted the first Passover of Moses. Not to mention this all happened on the Passover date.

Moses never entered the promised land. In fact, he should be seen analogous to John the Baptist. Moses' name means "to be drawn out of water", which is exactly what John the Baptist was doing when baptizing his disciples to prepare for Yeshua (Jesus). So too, Moses prepared the way for Yeshua (Yeshua also means Joshua). John the Baptist brought the people out to the wilderness to purify them from Egyptian (material/shut-in) consciousness. Similarly, Moses led the Israelites around the wilderness for 40 years to purify them from Egyptian consciousness.

Human anatomy is also a foretelling of the mission of Christ, and those who are willing to follow his footsteps. The human spine has 33 vertebrae - one vertebrae for each year of Jesus's life before being crucified at Golgotha, which means "The Place of the Skull". In other words, the developing soul rises through the serpentine spine until passing over, or crossing, at the place of the skull. 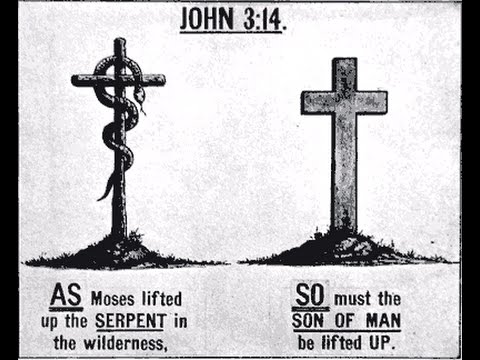 The serpent, a blatant representation of the spinal cord, is energetically fulfilled at the place of the skull. This requires a crown of thorns. The crown is another blatant representation of the cerebral cortex, which crowns the head and is located at the place of the skull. The suffering of the crown of thorns is necessary before receiving the crown of life. The crown of life is represented in Hindu tradition as an infinitely expanding lotus flower, indicating the endless potential of this gift.

The Pineal Gland is the only singular, non-dual organ in the brain. Peniel (phonetically identical to pineal) is the place where Jacob saw God after wrestling with an issue in his hip (the base of the kundalini/serpent) 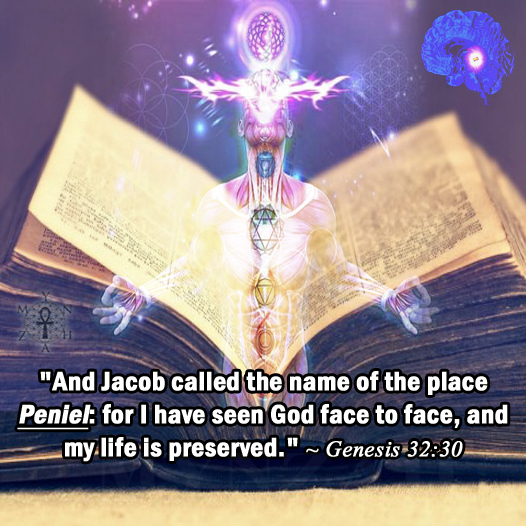 This has been referred to as the third eye. Or as Jesus calls it, the singular eye: 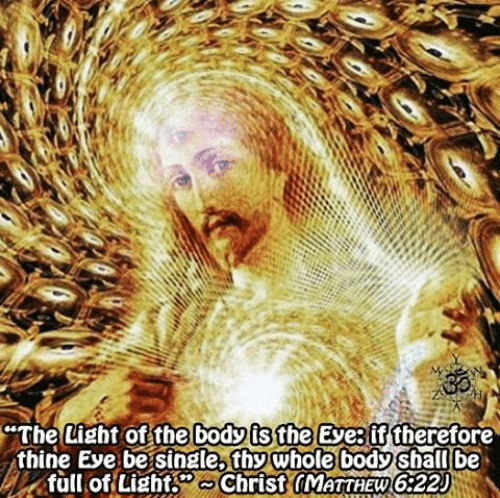 These references to anatomy should come as no surprise. Since the human body is the vessel or temple of the Spirit of God, it would make sense that it too would tell a story. The script(ure) of all humans is quite literally embodied in our anatomy. Jesus was the archetype that fulfilled this mission without any deviation from the straight and narrow path. This too is likely a reference to the longitudinal fissure, which is the straight and narrow path between the left and right cerebral hemispheres: 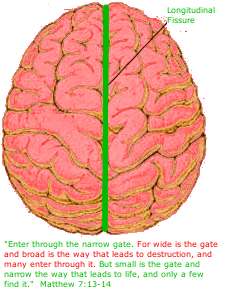 Deep within the longitudinal sulcus is the pineal gland. To either side is the cerebral cortex, representing the limitless ways that humans can error, and be imbalanced to the point of delusion. Note also that the cerebral cortex looks like a maze or labyrinth.

Following the ways of Jesus elicits a physiological change, in which your eyes now truly see, and your ears truly hear. This is likely orchestrated through some sort of biochemical secretion through endocrine glands. This is likely what this reference is regarding an internal well that secretes a liquid substance that endures life indefinitely:

"Indeed, the water I give them will become in them a spring of water welling up to eternal life." John 4:14 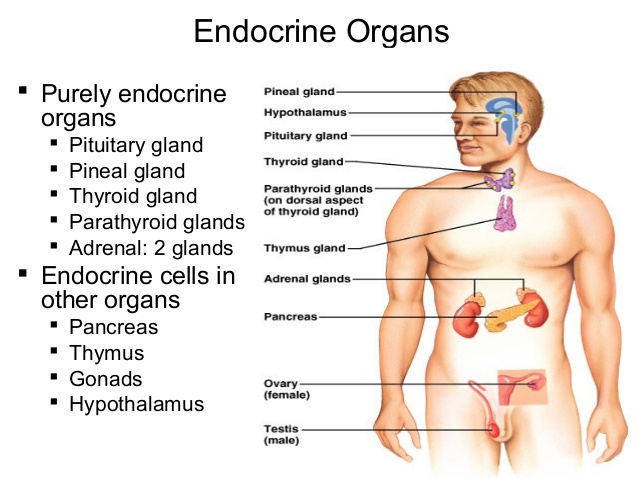 Particularly beneficial endocrine secretion would coincide with following the direction of Jesus. Jesus offers those who follow his philosophy the same physiological benefit the "manna" in the Old Testament gave to Moses and company:

"I am the bread of life. Your forefathers ate the manna in the wilderness, yet they died. This is the bread that comes down from heaven, so that anyone may eat of it and not die" John 6:48-50

The exact physiology of the enlightened human may never be fully elucidated scientifically, but many have suggested dimethyltryptamine, a natural product of the pineal gland, to be one of the main endocrine secretions associated with the awakened state. Exactly how one "may eat of it and never die" is mysterious, but it would likely have something to do with our conception of time. Perhaps instead of being subject to time, God would give us mastery over time, and eternal life ensues. It is important to note that the eternal life promised by Jesus is never said to be a post-mortem or after-death phenomenon, it is something to be realized while you are alive.

This is what John the Baptist was doing to prepare the people for their Christ. He was purifying their body with extensive fasting and isolation from the delusional splendors of Babylonian consciousness and the enslavement of Egyptian consciousness. Through this the temple is cleaned, and is ready to see God. This fulfilled the prophecy:

A voice of one calling: "In the wilderness prepare the way for the LORD; make straight in the desert a highway for our God."

This is the return to Eden consciousness, in which humans resume their archetypal control of the elements. They can walk on water, move mountains, command plants, control storms, move boulders, resist fire, etc. The gate is open, and has been open, for anyone who wishes to seek God with all their heart. God has many children, but treats each and every one of us like an only child. You are the next step for prophecy to be fulfilled. Awaken and believe the Good News. Remember your eternal birthright, lost child of Zion. 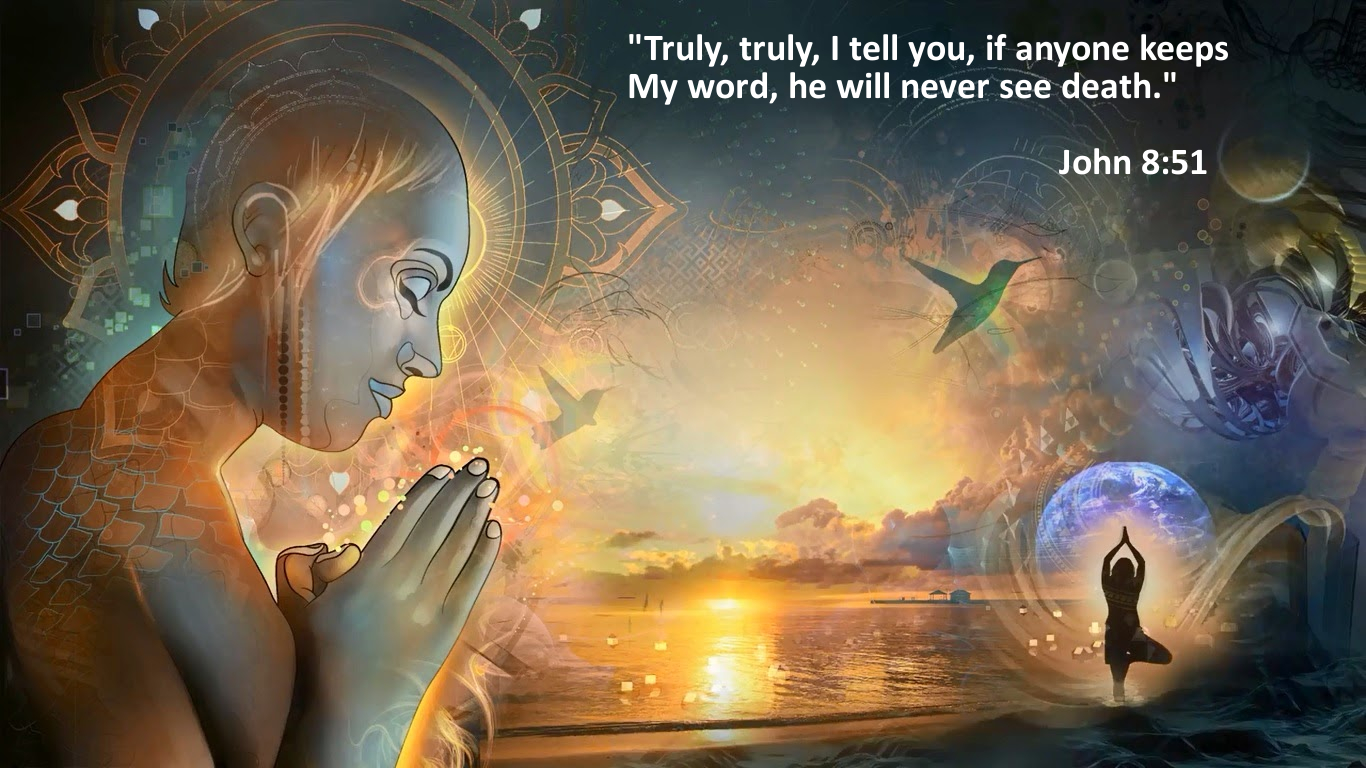 posted on Jun, 28 2018 @ 11:22 PM
link
You cant perceive the Word, nor the eye he speaks of. The Tree of Life is dynamic. The Tree of Seperation Between Life and Death is static.


The straight and narrow is not equal balance. The straight and narrow is right hand rotation. The opposite of Sinister. Talk of balance is new age baloney. Balance is getting as close to crashing as possible and building an ego as an excellent driver. An excellent driver avoids all obstacles with room to spare,and doesn't pat himself on the back for riding the line.

I found this to be very profound.
Thank you.
SnF

Isaiah 6 Why are the people cursed?
Hosea 6
1 Come, and let us return to the Lord;
For He has torn, but He will heal us;
He has stricken, but He will [a]bind us up.
2 After two days He will revive us;
On the third day He will raise us up,
That we may live in His sight.
3 Let us know,
Let us pursue the knowledge of the Lord.
His going forth is established as the morning;
He will come to us like the rain,
Like the latter and former rain to the earth.

Malachi 4
5 Behold, I will send you Elijah the prophet
Before the coming of the great and dreadful day of the Lord.
6 And he will turn
The hearts of the fathers to the children,
And the hearts of the children to their fathers,
Lest I come and strike the earth with a curse.”

10 And His disciples asked Him, saying, “Why then do the scribes say that Elijah must come first?”

11 Jesus answered and said to them, “Indeed, Elijah is coming first and will restore all things.
12 But I say to you that Elijah has come already, and they did not know him but did to him whatever they wished. Likewise the Son of Man is also about to suffer at their hands.”
13 Then the disciples understood that He spoke to them of John the Baptist.

And that is a pearl of great price.