How to fix the border once and for all. 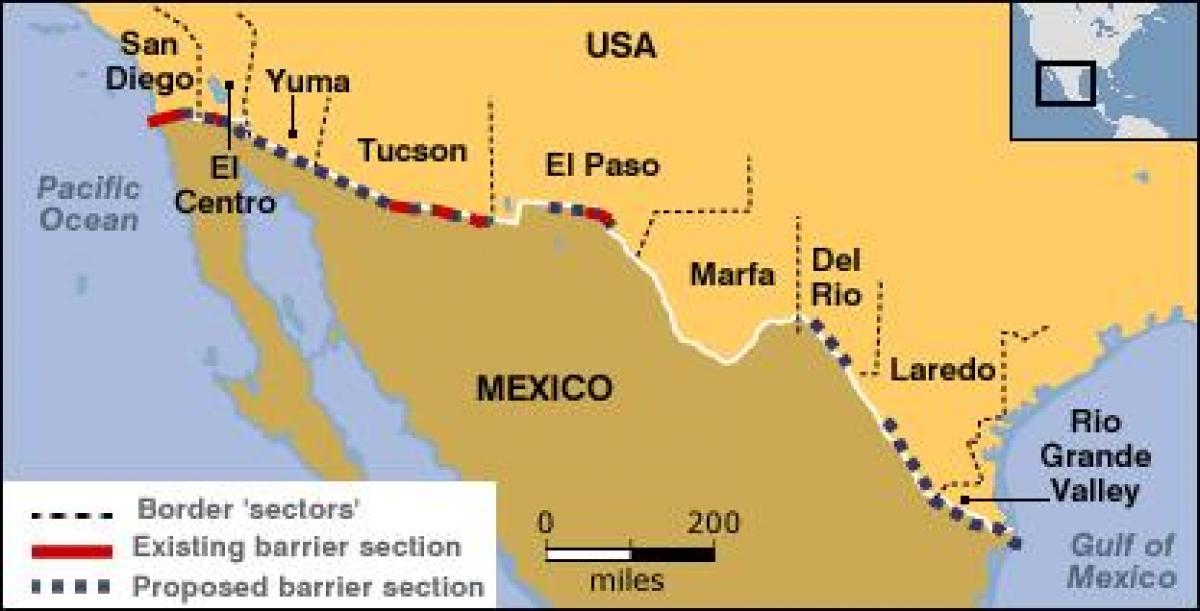 Official Use ONLY road that seamlessly runs the whole length. 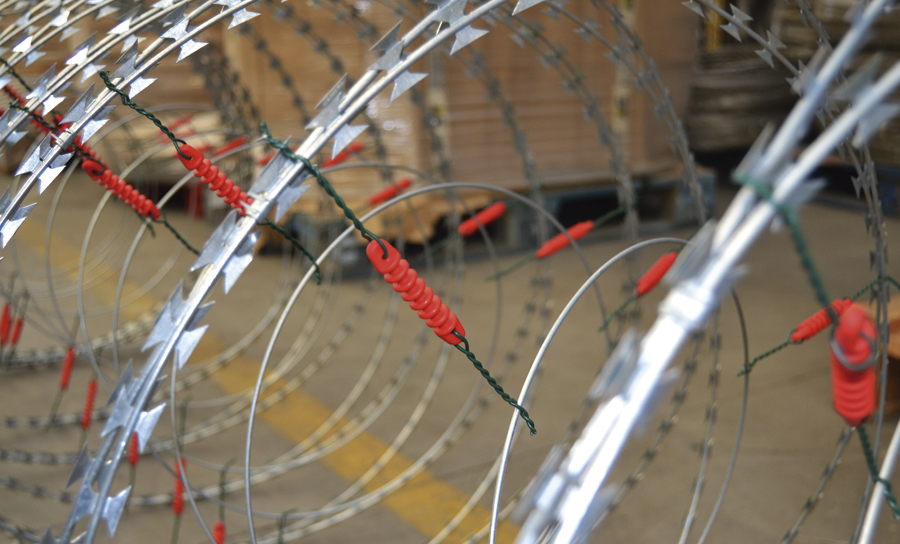 Seamless all the way down the entire length. Electrify as often as possible. 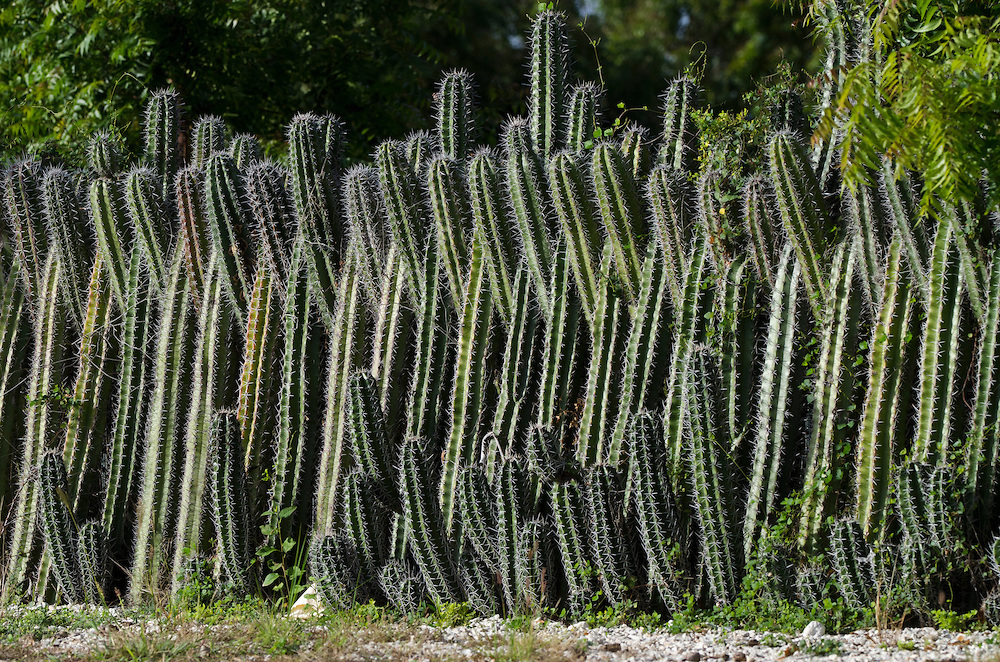 This will take time but the longer each portion is in place the more ridiculously large it will grow to become. Position its to create bottlenecks. Have crews that go around and chop in half all the big cacti they find anywhere near there. The trimmings can be planted. The removed volume grows right back relatively fast. The new units can be multiplied from there. Ad infinitum. March the living wall all the way down the length as it fills out to roughly 20' tall and 20' wide. 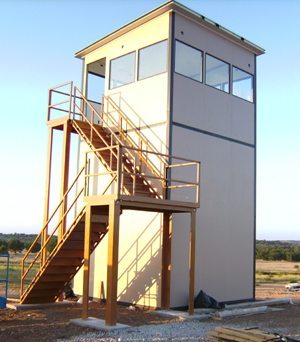 Let migrants do as much of the construction and maintenance work as possible. Earn a path to a visa or whatever. Starting with the ones already in and annoying. Then only civilized applicants from there.

The mini ecosystem the cactus fence creates will already be a draw to wildlife, where they already cross it normally. Add robot gates along the way, that an be operated from the towers.

The way the fence works is theres 'a red line' in the sand a certain distance from the cactus barrier / fence. Signs that say "WARNING: Firing Range". At these spots erect a drinking fountain, and some bottles of water and tortillas etc for the trip back in the other direction. Acoustical devices the guards can operate as if warning shots being fired. Make it to the cactus barrier and shots fired with extreme prejudice (post more signs when they get that far up).
*The specifics of this section can be sorted out, but the idea is to make it as uncomfortable an idea as possible so they wont even bother trying. Maybe drones that fire rubber bullets. Lots of options to debate on this section.*

Right now the conventional wisdom is people will make sure its worth it, and roughly none of the above is in the way to get here. Make sure the news spreads that the border isnt easy street, they arent boarding a gravy train. Pump out imagery of the countermeasures far and wide. It will look mean. And that's the point. They'll decide it's not worth messing with it, and instead maybe put their collective energies into making their world a batter one. With the cartels easy action routes off the charts things will settle down back at home for them anyways.

edit on 20-6-2018 by IgnoranceIsntBlisss because: (no reason given)

posted on Jun, 20 2018 @ 03:55 PM
link
a reply to: IgnoranceIsntBlisss
That’s a lot to write out to basically say kill whoever tries to cross the border.

Just knowing we aint playing they'll stay home and clean up instead. Consider the store with cameras everywhere: that's not the store shoplifters are trying to run game at. Same concept and for good reason:

That's not just to be a dick but to prevent even having to hassle with all this detention center etc stuff.
edit on 20-6-2018 by IgnoranceIsntBlisss because: (no reason given)


Why do you want to turn America into North Korea?

Just shooting in their direction will send them packing. Word gets out and they'll stop coming. Note this is inspired by the NPR report that word got out people with kids would get the Catch & Release treatment instead of detention, and then the increase in trend of bringing kids was an "explosion".

So give them some water and a warning. Then make more noise as they approach.

How many of them have to die each year already?

The ones you have to shoot, shoot them in the leg etc nonlethal but you'll really, really wish you hadnt messed around. And then lock them up as already done for causing the trouble. Then send them back the other direction from where they came (with water for the trip).

The ones that dont die miserable deaths in teh desert each year, the kids already suffering en masse because the parents want to drag them along as human shields, the burden across the system, and all this damn left / right BS diversion will be over.

You had me up until lethal force. This isnt worth murding people over.
Quadcopters with tasers however.........

posted on Jun, 20 2018 @ 04:06 PM
link
Or just catch and deport with no exemptions, considerations or hearings. Peaceful, non-violent course of action. Yeah, they will be worse off in Mexico than in detention centers but what can you do in respect to life and liberty.

In reality, in addition to a secure boarder, we need an "immigration reset" cease all immigration immediately until all illegal aliens are deported and anyone in detention is properly processed either granted asylum, worker status or residency,

Anyone with any uncertainty about their status has to go, they can come back and try again later, but no one new until it's all sorted out.
edit on 20-6-2018 by watchitburn because: (no reason given)

posted on Jun, 20 2018 @ 04:08 PM
link
This plan should pay for itself :
Have everyone that crosses the border illegally and is arrested build a few feet of the wall, kids can help(and stay together)
And the best thing for Trump is, he can actually claim that Mexico is paying for it!
Another campaign promise fulfilled

Not if the largest lobbying group in america (the us chamber of commerce) keeps bribing people to allow the nonstop flow of cheap labor.

Yeah lets turn into a third world sniphole because we refused to shut down the cartels main access point. And lets pull the third world down with US.

And that's on the people who refuse to grow up on this issue. The blood is on you the more passionate you are about it. 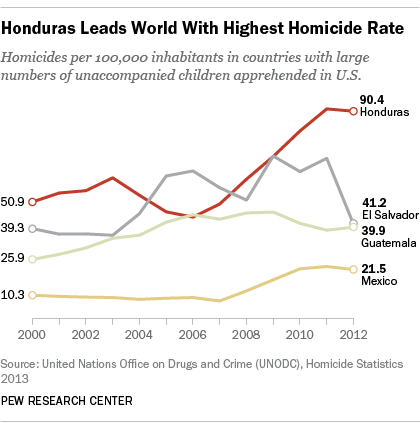 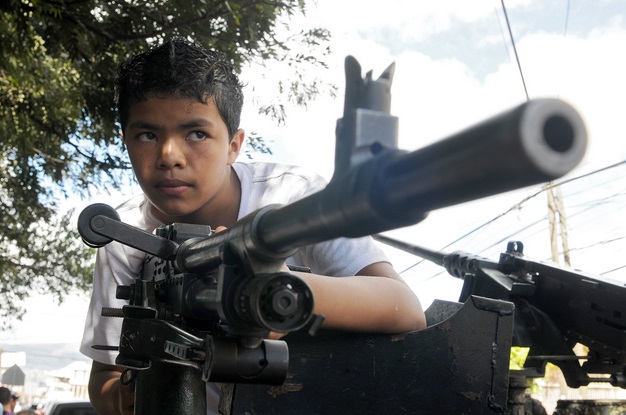 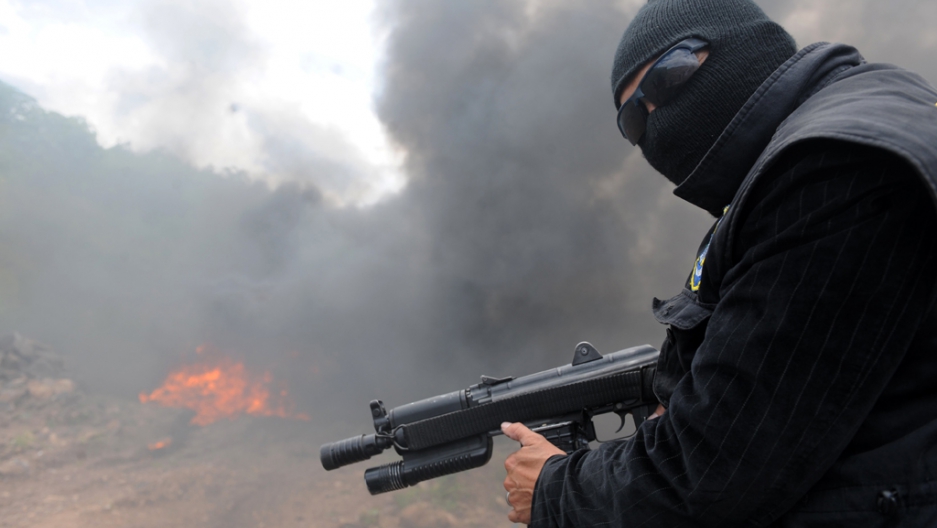 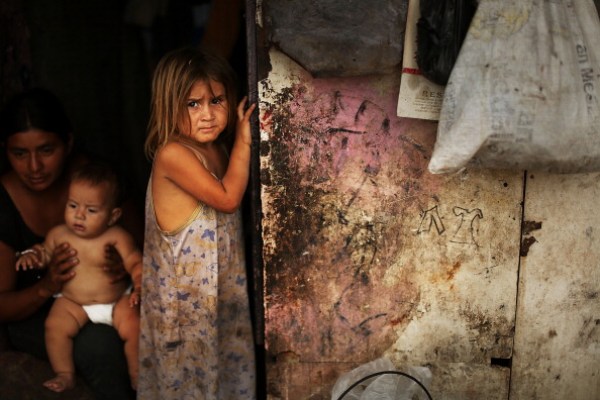 That's on US as long as that borders stays open. Period.

originally posted by: Ahabstar
Or just catch and deport with no exemptions, considerations or hearings. Peaceful, non-violent course of action. Yeah, they will be worse off in Mexico than in detention centers but what can you do in respect to life and liberty.

At some point in the future, I feel this course of action will be talked about very seriously, right or wrong. 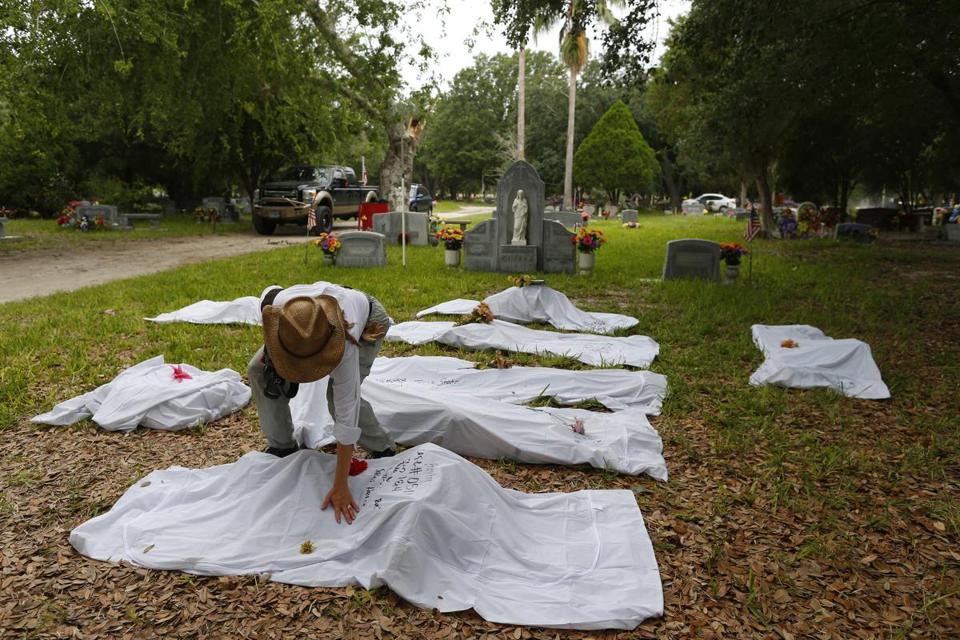 The forensic teams hacked at the unmarked graves until the shovels broke, until sweat soaked their T-shirts and clouds of brown dust choked the air. They kept their eyes on the yawning pit below them, searching for the bodies of immigrants. “I see the corner,” Stevie Hope, one of the searchers, said last month as the wispy edge of a body bag curled from the ground. Beside her, Mary Katherine Tyler lay flat on her stomach and ducked her braided head deep into the grave. As another searcher held her legs to keep her from falling in, Tyler troweled the earth and soon found two bodies, not one.

“We need another bag,” she called out.

One morning as they worked, Maria Interiano awakened 2,100 miles away in East Boston from another dream about Santos, her younger brother, who vanished a year ago after crossing the Rio Grande into South Texas. He could be in the graveyard in Falfurrias or under a mesquite tree closer to the border or somewhere else entirely. Since nobody really knows, sometimes she lets herself imagine that Santos is still alive. www.bostonglobe.com... XffI/story.html 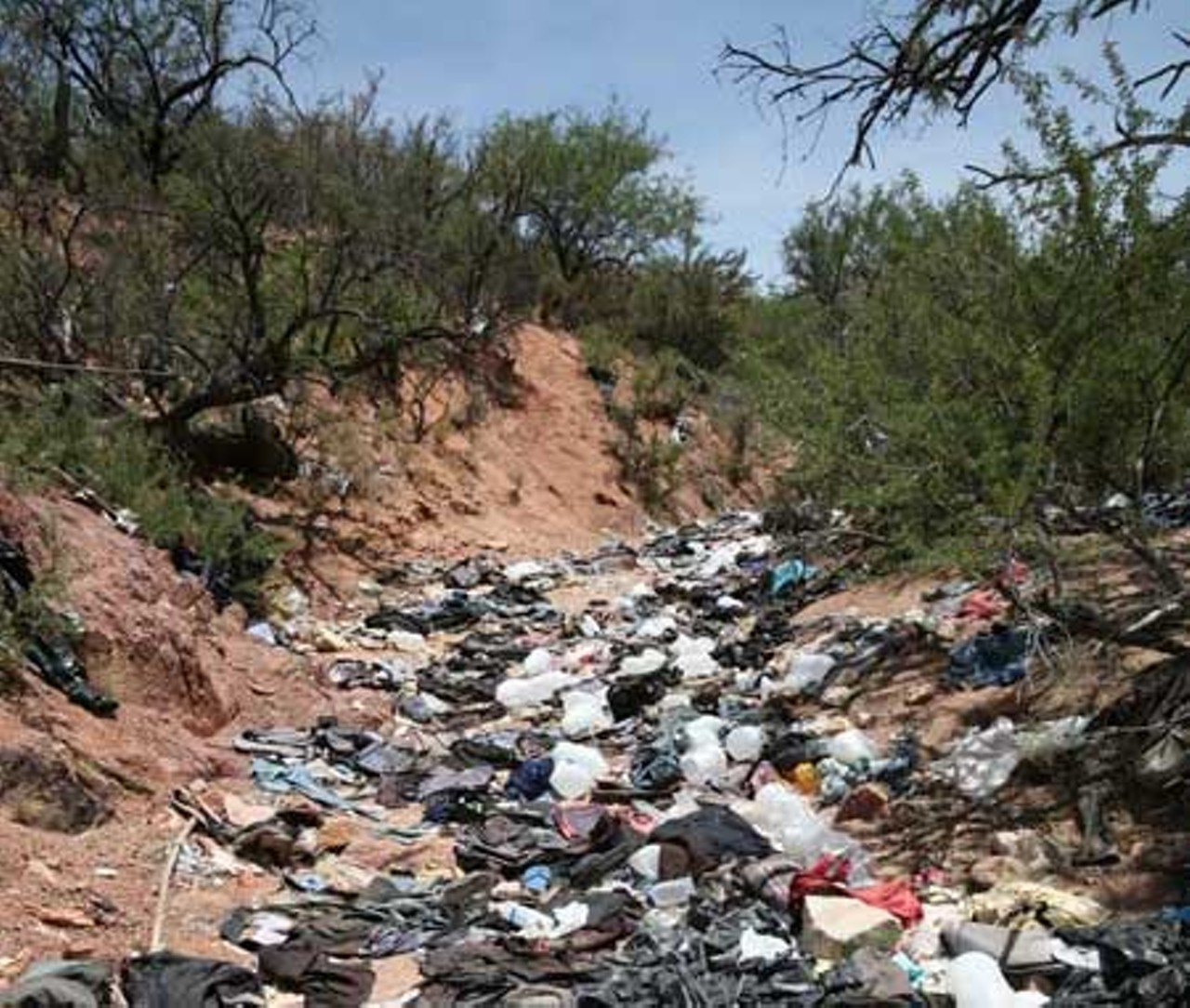 We are supposed to go out of our minds about protecting the environment, RIGHT?????

Or is the secret agenda to create critter habitat with all that junk?