Adverts for flu meds are misandrist!

Every second advertisement on TV is about flu.

And usually it depicts a moaning man, and a woman who is tired of his moaning.

But is it fair, or gender segregation?

Well if you women are so stoic and non-emotional, then why not have World War III with female conscription only?
Common, let's reverse the roles.
Make women collect the trash and go down into the mines.

Nope, they obviously don't want that either.

So your man has got the flu, and is sick.
Let's all have a big misandry laugh.
Maybe he just wants a bit of tenderness in a cold-hearted world?

Everybody must put him down now!
But is that right?

Yeah, kick a man while he's down.


Women usually do the shopping. Adverts cater to the ones that do the buying.

posted on Jun, 6 2018 @ 05:51 PM
link
And women should be the care-givers!
Yet mostly they are depicted as cold-hearted trolls!
So these adverts are wrong in two gendered readings.

posted on Jun, 6 2018 @ 06:00 PM
link
This is exactly what happened to me when I had the flu back in January. Usually I can handle illness without a lot of complaining. But this was the worst case of the flu I ever had and I lay there in bed moaning and groaning like a little kid.

Not only did my wife not come in the room to check on me or even bring me food, she went completely off when I got up and walked in a room where she was sitting watching TV.

Stoic Hell! She was downright cruel!

My son-in-law was the only one brave enough to come near me. And my wife hates him worse than a toothache. Figures.

Watch as the male is denigrated, because he is sick!

The feminists will have you for breakfast!

A boy in pain and coming for a plaster.
Toughen up soldier, it's just a scratch.

These adverts are supposed to be funny, because they are the exact reversal of reality!

But many people just like them, they accept this is the way the world is.
Really?
edit on 6-6-2018 by halfoldman because: (no reason given)

Lol this thread is supposed to be sarcastic right?.....right???

We went to fight and never moaned.
And afterwards they rejected us.

I'd like to see YOU conscripted, and not moan ever.
Thinking, it's all a sacrifice for your woman and kids.

So traumatized, we don't even speak about it.

Fine, but just don't portray as as pathetic wimps.
That's unfair, and uncalled for.

posted on Jun, 6 2018 @ 06:37 PM
link
a reply to: halfoldman
Television as a whole is a man hating affair here in the U.S. Every father figure I can readily call to mind is portrayed as a stupid buffoon. From sit-coms to commercials, men are portrayed as dummies.

You can do anything, scream anything you like at them! 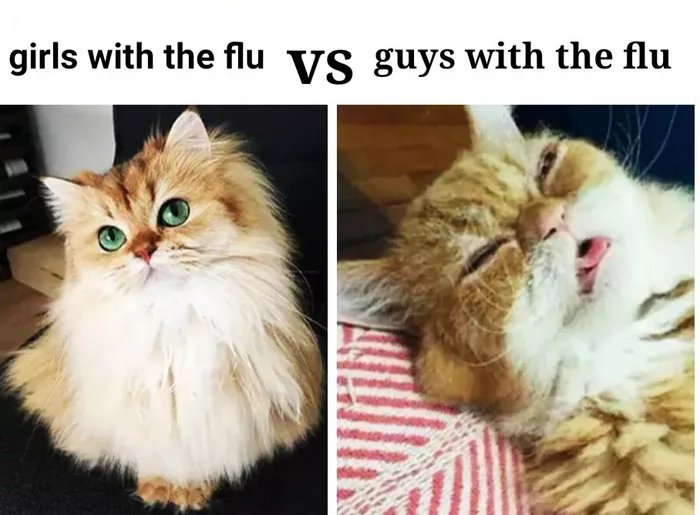 posted on Jun, 6 2018 @ 07:42 PM
link
Funny most feminists I meet have never even heard the word misandrist. Women have been running the show for more than a decade now.

Let that sink in for a moment...

School shootings didn't happen when boys had men in their lives...

posted on Jun, 6 2018 @ 10:05 PM
link
Well maybe we are slightly tougher. We have menstruation every month for about a week, for approximately 40 years which includes pain that feels like your insides are being ripped out. I have had kidney stones, a broken femur, and have given birth: Birthing a child was the most pain you could ever know.
edit on 6-6-2018 by Onlyyouknow because: Add

Makes me feel glad about being male again.

But in most cultures giving birth is a doddle.
Only in our Western society is it even recognized as a "thing".

Not saying that is right, but that's how it is.