posted on Jun, 6 2018 @ 02:15 PM
link
Don't stop at the title and scream, please read the whole thing first, think a second and let's have a serious discussion.

I'd also like to remind you this is "Metaphysics" & I'll touch all that encompasses.
Real science, modern research and hypothesis which back this (in parts) up.
Some quintessences of mythology.
And we will together attempt nothing less than figuring out the answer to life, the universe and everything, if you're in the mood for playing along.

One sciency fact we are starting to accept as such is: not matter but information is the "atom", the indivisible core of everything.
It's either "there" = 1, or "not-there" = 0.
If it is there things get immediately incredible complicated. Left spin, right spin, and a 360° choice of axis-angle in 3d, plus frequency (spin-speed) from approaching 0 to appr. c.
(if you got a masochistic-maths-kink, enjoy trying to calculate the possibilities)
Information weighs nothing, it radiates nothing, it touches nothing, but it creates everything.
(nothing in this case is obviously meant as: "as far we know right now")
Please don't get that mixed up with simulation theory! Things are much more complicated.

Let us explore the title now a bit, how better than with a little story. Long before space-time there was singularity, omniscience. Funny thing to say when there was really nothing to know, because there was no "thing". All knowledge we have is centered around matter, yet the thoughts with which we contemplate that information is no matter. All it took was one bit. 1. I like to think it was something like a potential that built up until the tipping point was reached and it realised "Holy #! I am!"
Like two circles touched in a 2d universe and one came out with a slightly tilted axis and bamm! set of a chain reaction an exponentionally growing number of 0, got bumped up into unique little 1's.
Or "Big Bang!"
What bothers me about the BBT is mostly that there's no build up, nothing just suddenly explodes. It makes much more sense that our 3d+time, came from 2d-time, came from 1, which is singularity, per definition "all information in one 1".

Einstein kind of knew it: everything is in order, everything follows rules, everything organises itself and its surroundings. "Quantum theory yields much, but it hardly brings us closer to the Old One's secrets."
Information theory could.

I'm not even saying the Old One is/was self-aware, but there is undeniably intelligence at work. And was there long before space-time and matter were born.

Forward thinking this idea, I enjoy tremendously the possibility that black holes are spaces where other universe membranes touch ours and that on the other side is no white hole like we assume now, but that those will be our "grey holes". Once we reach the right expansion speed, they'll function like portals.
And everything stuck in that static equilibrium will continue it's journey in the direction and with the speed it's currently frozen in with.

Hahahaha.
I just don't know about you sometimes.
I think you way over-complicated it.
You're also in too big of a hurry.

Relax. Calm your mind.
Embrace the universe unfolding around you. 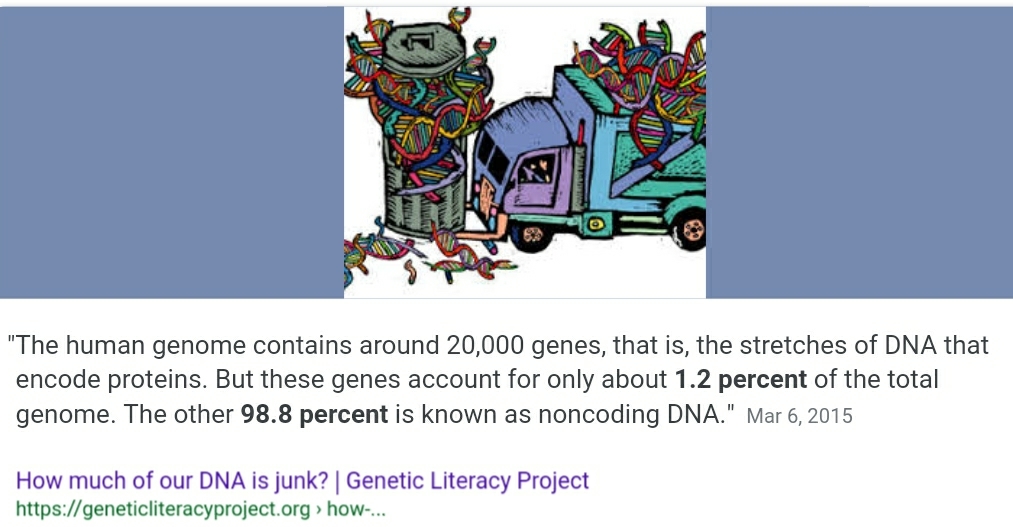 The universe doesn't do junk. Humans do but we will soon have to learn to re-& upcycle everything we exploited, if we want to continue to evolve.
We are also right now exploring what fantastic data storage medium DNA is, basically holding up for eternity with no power source needed to keep it cool, running, ... whatever.

That means there is 98.8% inaccessible information in each and everyone of us. It's our link to the "Old One" to singularity, to the original 1.

I believe since it is spinning all information is some form of energy and no energy ever gets lost. We can access that, we have to access that in a natural way. An AI couldn't help us with gaining all that information, as support, sure but we need to "find ourselves".
And that is "God" which has its own evolution, but I mean that more in a Jungian "shared consciousness cloud" way which is maybe not self-aware, but also an intelligence on its own.

I keep working on that but that is really my main point.

Thanks muzzleflash, now you were too fast


Well my name is Flash.

Here is a quote from Michio Kaku on the topic you posted :

"Nothing" is unstable because there is no such thing as nothing.
Once I point out "nothing" and it becomes the subject, it is now a something.
So something always emerges and nothing always decays.

There is no such thing as Nothing.
It is always something.
Therefore it is unstable.

We're talking about "It", so therefore "it", being the subject, is something.
It's always something once we become aware of it or it becomes aware of itself.

So in the beginning was a "formless Void, darkness", but since there is no such thing as nothing, everything came to be.

It's the 51 - 49 principle.
Light always wins because there's nothing for it to fight against.

How about, in the beginning there was probably something, and something probably happened to it, and now, 14,000,000,000 yrs later, we have this. But we don’t know how, so let’s keep on testing things until we have a better understanding of it.
edit on 6-6-2018 by Woodcarver because: (no reason given)

Meta-physics = whatever fantasy gets you through your day.

originally posted by: Woodcarver
a reply to: Peeple

How about, in the beginning there was probably something, and something probably happened to it, and now, 14,000,000,000 yrs later, we have this. But we don’t know how, so let’s keep on testing things until we have a better understanding of it.

My calculations are more accurate.

posted on Jun, 6 2018 @ 03:06 PM
link
The Universe is part of something bigger, like a leaf on the tree of life. The frequency pattern that controls it's growth is a link from the whole picture, a picture we cannot see because of an energy barrior or strong gravitational field that does not let us see out of the universe we perceive.

What should we call the whole picture, the tree of life? Maybe god would be an appropriate word.

posted on Jun, 6 2018 @ 03:08 PM
link
Then there's the entire Internet, which isnt just stereotypical PC's / supercomputers, but the "phones", and refrigerators etc. Itself a de facto 'global brain' (increasingly so).

Then there's Google God, which is helping to evolve the web itself, with the stated purpose of making their AI into an AGI "that understands everything in the world" (including all known video, books, print, etc... and YOU).

And that's not even getting into IBM, Intel, Facebook, Amazon, etc parallel AGI thrusts.

I'm going to write something you'll like, I'll link it to your U2U box shortly...

That's a very philosophical approach, but true.
To me this 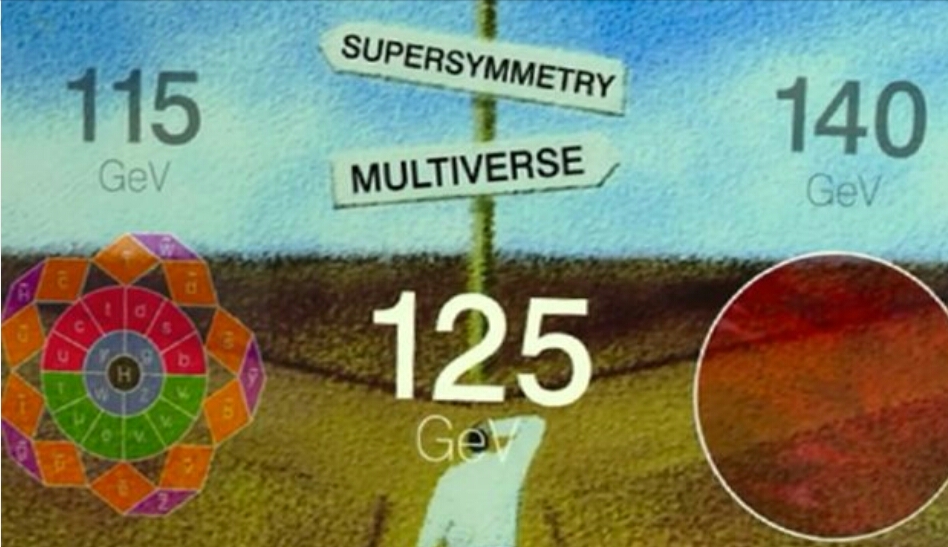 shows that paralleluniverse and multiverse probably both are true. Touching in a way. Like a tree with leafs and fruits and flowers...


God is just such a tainted word. And we have ascribed so many falsehoods to it. It's always wrong by now.

But that is and always will be our artificial creation and I know some say, like 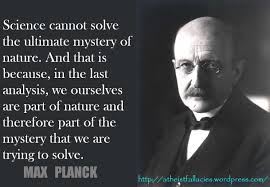 But to me it will always be like Data trying to understand emotions. 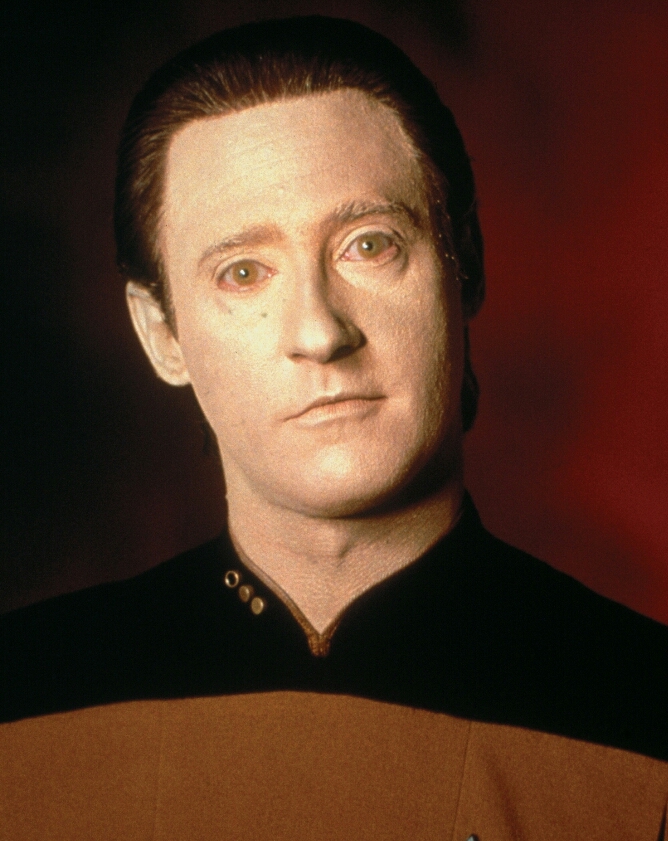 You’re actually off by a few billion years, but, since this is meta-physics, real physics doesn’t apply, i guess?

I got to sciency fact and then poof. The atom is not a bit, it is made up of a proton, a neutron and an electron in its minimum configuration. Each of these subatomic particles are made up of 3 quarks. There are to date, 6 different types of quarks. An atom therefore would represent a large number of states and would be more like a double word, or maybe even 1kbyte if you consider spin, in computer terms. But at the center of all this is plank length. We don't know, for sure, if quarks are made up of even more fundamental "particles" or under string theory, clouds of closed loop standing waves.

Some things at a quantum level are provable with the present technology, most are purely speculation based on math, eg., statistics and probabilities. As meat puppets observing a deterministic reality, be secure in the knowledge that we can only know what we are destined to know and can only do what we are destined to do. We're riders on a bus, enjoy the scenery, there will be many more rides :-)

Who says it needs emotions, and who says it cant gain them?

One the one hand it could be pure cold calculating sociopath that launches ICBM's because it "makes sense", on the other it could be an emo network prone to jealous tempur tantrums and launching ICBM's to make a point.

Light always wins because there's nothing for it to fight against.

Except curtains. And chlorophyll.


You must have a weak constitution if you get offended every time i disagree with you.

Hawking is not the final word on any of these topics. His work has been shown to be wrong before. Just like Einstein. It all comes down to showing your work and demonstrating it’s validity. Meta-physics is just a way to throw up a hypothesis without the tough job of proving any of it has merit.

It is literally the study of things that cannot or have not been proven. Therefore what good is it?

What has the study of meta-physics given us in the last 10,000 yrs?