The X-32 had a chin inlet and VTOL capabilities. Although I'm not convinced this is VTOL as I said. But no, it's not the speed brake, it's what look a lot like the doors on the F-35B for the lift fan in front of it.
edit on 6/5/2018 by Zaphod58 because: (no reason given)

Yes i dont understand it either. Why would you try to put a wingman for the J-20 on a carrier?

They have a STOL/VOTL R&D program, i dont think this is it. You'd probably do a manned version first in any case. 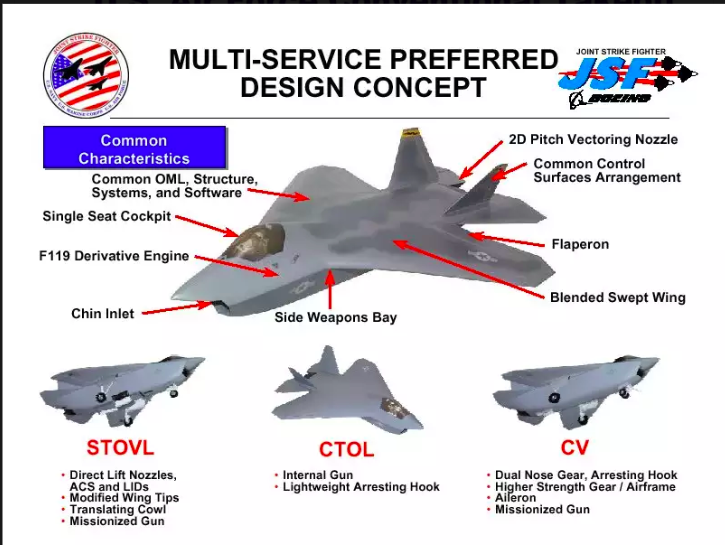 It all depends on the platform. The Harrier burned through fuel like it was going out of style but was a good CAS platform. Others go fast and are great CAS platforms.

I am not sure what this is, exactly. I do feel like its something of an X Plane. However, as Sam pointed out, this does feel like the normal progression of what we call 'a program of record' here stateside.

There is some interesting, seemingly extra doors on the Dark Sword that look like they could be like the X-32. That's where the VSTOL comes from. OTOH, I do believe you are correct to state there is probably another vstol program.

Why would you try to put a wingman for the J-20 on a carrier?

the people standing in front of it look more like university faculty as opposed to the military types.

(joking folks about the last, not the first)

As for the airbrake, doesn't it seem a bit large for the aircraft size?
edit on 5-6-2018 by anzha because: airbrake text

Maybe it's a fastmover and the airbrake is to help it land on a normal-length runway?

A fastmover UCAV would make a killer interceptor to protect all those artificial island airbases, and a (relatively)short take-off and short landing design (think: shorter than needing Groom or Edwards) would allow it to be based all over the South China Sea bases.

Its clearly meant to be much faster than the flying wings. However, fast mover is a moniker that seems to reserved for birds from Mach 3 and higher. I have my doubts on that.


originally posted by: Krakatoa
a reply to: anzha 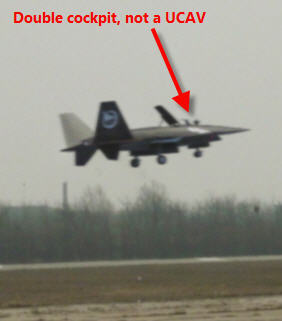 Flap doors for a vertical lift turbine fan? Like the F-35 models
qph.fs.quoracdn.net...
edit on 5-6-2018 by stormcell because: (no reason given) 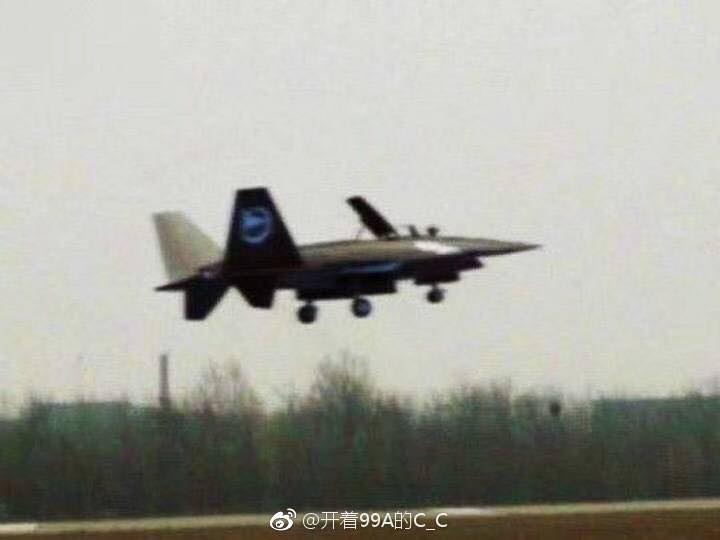 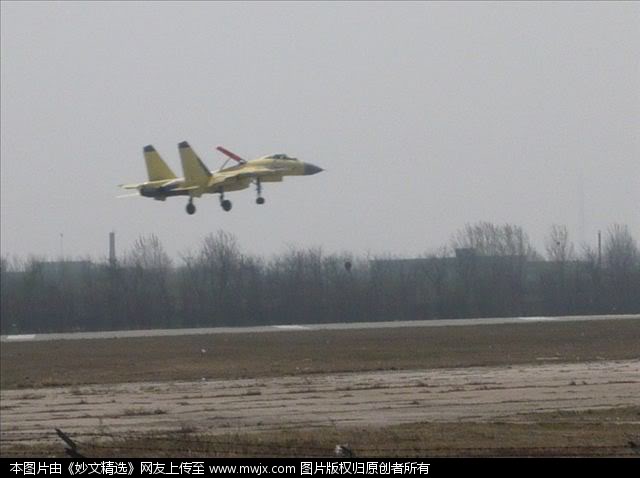 That may mean the system may only be at the mockup stage.

We've all been duped. Still say the mock-ups aren't VTOL/STOL.

I'm not 100% convinced that it is a render. Most airfields have honey holes that spotters use on a frequent basis that will make the shots look the same, just with different aircraft in them. Without the exif data we can't be certain. Most of the J-whatever shots that come out of China are from the same photographer location. Heck, I've got whole drives full of shots like that from Boeing, Paine and Tonopah.
If it is a legit shot however, it wasn't a sub scale airframe. It looks to be taken at the same visual angle and about the same size as the SU in the other photo.

The size of the air brake will depend on the landing speed. Small lifting area or lack of elevon surface area => higher landing speed => larger brake for short available runways in high ambient air temperature (S. China seas runways). The F-117 had an unusually fast landing speed (190mph) because of these same reasons.

It was fun dealing with the -117. Had to recover the chute before they could turn off the runway, then we'd go out and watch the takeoff, in case they aborted. Damn things would use 8,000 feet of a 10,000 foot runway.

It would, however, become a serious threat if used as a light bomber or set to carry a couple of cruise missiles. Which would greatly improve their speed, range,and course variables.

OK. Would your wing man be fully autonomous or will it have a "pilot" sitting in a bunker back home? If it is then how do you program it to recognize all types of enemy craft from every conceivable angle and from a radar blip? If you have a "pilot", how do they keep up with all the action in real time? Most of all, how do you insure it will not fire on your craft when you are separated?
These may seem like trivial questions, but they become very important when the guns go off.


Why would you try to put a wingman for the J-20 on a carrier?

posted on Jun, 6 2018 @ 01:43 PM
link
a reply to: tinymind
The point of Loyal Wingman is to pair multiple UAVs with a manned platform.
Basically the pilot of an F-35 would decide what target to attack (based on the recommendation of the combat management software) and instead of engaging the target on his own, he would just push a button and the F-35 'AI' will direct one of multiple drones to take care of the threat.

While this sounds good on paper i dont think it will ever worked effectivley in an actual high intensity conflict.
And chances are it will never be procured in sufficient numbers to matter and the F-35 is the wrong plane to play host platform for this anyway. A strategic platform is much more suited for this.

IMO in reality these concepts are just another attempt of the fighter mafia in the Air Force to keep their toys relevant in an emerging conflict with China. Tactical fighter jets are the wrong tools for the Pacific period, but pairing them with high endurance drones to generate more combat power for every figher/tanker is at least worth a try in their eyes.
If they had unlimited funds of course, which they dont.