It’s a really simple set of guidelines for simple cinema etiquette to ensure that everyone gets to enjoy the movie, yet I have notice that these basic standards seem to be slipping at my local cinema and a few others I have been to who don’t seem to want to pay for ushers anymore. The results have been dire.

The other day I actually almost walked out of the cinema because all around me I felt like I was sitting in the middle of a rave judging by the behaviour of some of my fellow cinema goers.

I pay good money to sit and watch the movie, not to sit and listen to you and your buddy mock the movie as you watch and giggle like teenage girls.

I also didn’t pay to partake in your family picnic, opening a packet of crisps (potato chips) half way through the movie with the rustle rustle of you forcing as many fried potato snacks down your face hole as loudly as you can is a sure fire way to annoy everyone around you. I pay to listen to the movie not you grazing like its feeding time at the zoo.

I also don’t pay for a crap back rub as you kick the crap out of the back of my seat in an attempt to get comfortable. Also your feet stink so please stop trying to use the free seat next to me as a footstool.

Now I get that some of you might have the bladder the size of walnut but if you know that please take a isle seat because after pushing your way out of the entire row disturbing the movie for just about everyone after the third time I think I could be excused for tying a knot in your junk.

posted on Jun, 1 2018 @ 12:29 PM
link
a reply to: OtherSideOfTheCoin
Two or three decades back I read this observation;
When television first came into homes, people behaved as they did in the cinema. Sitting in darkened room, watching in respectful silence.
"Now" people go to the cinema and behave as they do at home watching television.

It's annoying for the reasons you stated. It's overpriced and you have to deal with annoying jackwagons who ruin the experience.

It's not little kids who ruin it. It's usually young teens lighting up their phones and weed pipes giggling and kicking seats.

I wish I had a refund for every time I sat down alone in a theater only to have some stupid kids come sit directly behind me out of 150 seats to start kicking and acting like turds.

This is why I don't go to the theater too often. I hope it dies as a business model. Home theater should be a downloadable holodeck experience in the future!

I hear ya.
My favorite is when people being their 2 year old to anything not aimed at kids.
"I gotta pee" every 5 minutes

just when you get emerged in the movie, let me just take out my phone on max brightness and tweet some crap.

Remember the laser pointer craze about a decade ago?

edit on 1-6-2018 by NarcolepticBuddha because: (no reason given)

posted on Jun, 1 2018 @ 12:43 PM
link
I like when people give the characters on the screen advice. It's like having the film narrated by the moron version of Orson Welles.

Na I enjoy the big screen too much.

posted on Jun, 1 2018 @ 01:05 PM
link
Seriously, who brings their baby to the midnight showing of Spiderman? Right as things are getting good, kid starts screaming, every single time. This is not a cheap theater either, you reserve your seat in advance, they have electric reclining seats, full restaurant and bar service. I think anything 10 or later needs to be a no under 16 allowed showing, that way if you have jackasses, you know they're adults who should know better, not some kid who doesn't know any different and the parent is still a jackass for bringing them.

So what did you see? Deadpool for me tomorrow.

posted on Jun, 1 2018 @ 02:15 PM
link
You're not being grouchy, things really are getting that bad. Every generation must say the new generation is more rebellious, but this new generation is not simply rebellious -- they lack any sense of social skills, knowing how to act in public or show a shred of culture or decency.

But that's the young ones -- I understand they grew up on social media and have very poor skills sets when it comes to the real world. It's the adults that get under my skin -- the people that allow their kids to act like that in their presence, as well as the people that act like the world belongs to them when they're out in public, like they are the only person on the road, or in the isle or in a line.

You know those folks that stand in the middle of the isle with their cart and when you try to go around or say excuse me, they look at you and frown as if you were in their house. "My isle!", I can almost hear them thinking.

Or the people that refuse to move a finger to turn on a blinker and communicate with the world what it is they are about to do when driving. And this is somehow becoming accepted behavior. We're truly moving towards Idiocracy, like the movie. 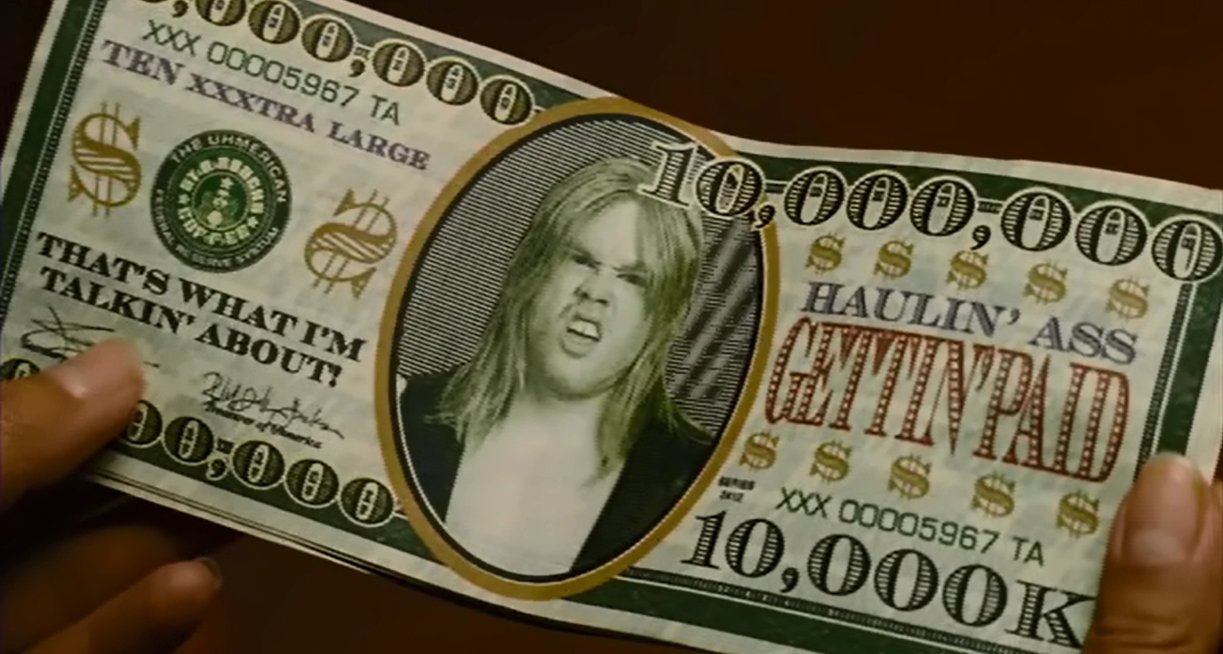 I wait until I can either stream it, or buy the DVD. Then I can enjoy the movie at home with my family (and it cost a hell of a lot less).

posted on Jun, 1 2018 @ 04:48 PM
link
So I'm at a movie several years ago - one of the X-Men pictures, I think - with the sort of crowd described in this thread. Lots of teenagers, lots of noise, very little cinema-enjoyment. So it was normal. Out of the midst of the chaos, an emerging situation catches my eye. There's a teenager kicking an older gentleman's seat. When I say "older gentleman", I mean "office furniture". Paunchy, balding. Tucked in t-shirt. You know.

He turns and politely asks the kid to stop kicking his seat. The kid plays dumb, agrees in an obviously mocking tone, and things seem to go back to normal for several minutes. The movie continues. It is highly probable at this point that the X-Men think their situation is hopeless.

Then, with no warning, Cubicleman stands and walks to the end of his aisle, turns, and begins down the aisle where the kid is seated. He walks down and picks the kid up, puts him on his feet. Guy never gets super physical, but he's tapping the kids chest and he's right in his face, saying "You wanna kick me now?" "Do you think this is funny?" You get the point. The theater is packed and not a single person is paying attention to the picture anymore. That's ok because at this point you can bet that the X-Men have persevered through their collective trial.

It ends as these things usually do. The kid is completely shell-shocked from being called out and put on display. Things stabilize into relative calm. The movie ends. The X-Men win the day. I don't know what happens to the kid afterwards. Cubicleman man, however, lives on in my memory. I never saw anything in a movie theater I enjoyed half as much.
edit on 6/1/2018 by DictionaryOfExcuses because: (no reason given)

posted on Jun, 2 2018 @ 10:16 AM
link
I don't go to the cinema much these days, there's simply nothing worth spending the money on, and I find shopping malls these days were designed, or redesigned by architects who actually want people to get agoraphobia and panic attacks.

However, one moment that sticks with me is from the early 1990's, and somebody came stumbling in late, and the whole movie-theater started smelling like a brewery. When I looked around to scowl at the offender, I saw it was our biology teacher from school, and he was so drunk he was wearing his tie around his head as a bandanna, and his shirt was unbuttoned.
That caused quite a scandal at school the next day.

Then I recall a friend who went to see The Others on acid, and when it was over she thought she was dead and could walk through people all the way to the parking lot.
People think it's a good idea to get intoxicated before watching a movie, but they should really think twice about what could happen.
Warning labels on booze, for example, should include: "Don't drink and flick, and annoy everybody in the cinema"!

posted on Jun, 2 2018 @ 12:10 PM
link
When people walk into a bar for slow drinks before the movie, and then they walk into a major party, or deep conversation with shots - please consider that cinema ticket null and void.

Don't stumble into the theater after two hours of wastage (and you're late, so you're literally stomping on everybody's toes).
It's movie or party - you can't do both.

Maybe afterwards - you can drink to forget you ever saw that.
Like after most Ben Stiller movies.

Or for me it was Postcards From the Edge.
I think I was 17 at the time, and 3 dudes who want horror or action, and then the drama queen of the class says we must watch this movie.
Let me tell you, if there would have been a Facebook back then, the unfriending would have been significant.

Bros don't make bros watch chick-flicks!
edit on 2-6-2018 by halfoldman because: (no reason given)

I learnt to deal with real feet, but sour-cream popcorn?
Whatever chemical they put in there is enough to make anyone run to the gents.

Actually the worst is when you're not sure.
Is it sour-cream popcorn or smelly feet?
edit on 2-6-2018 by halfoldman because: (no reason given)