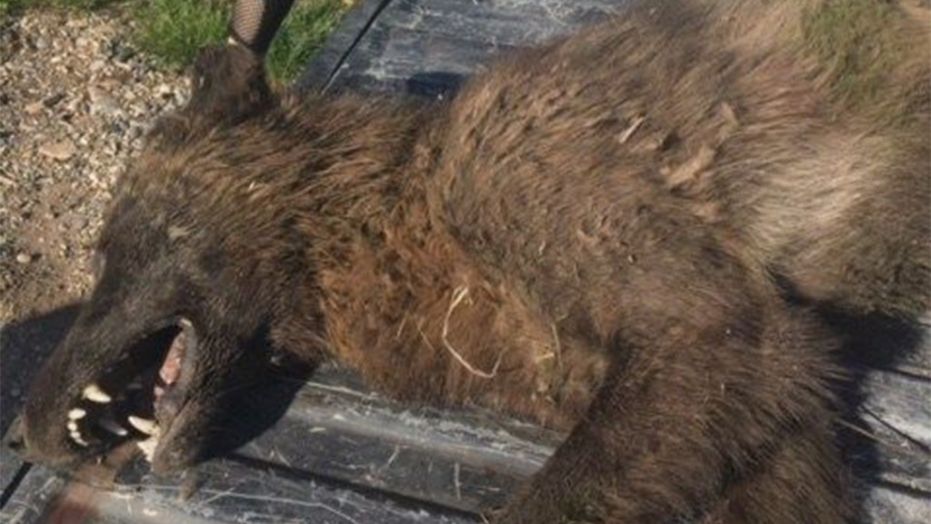 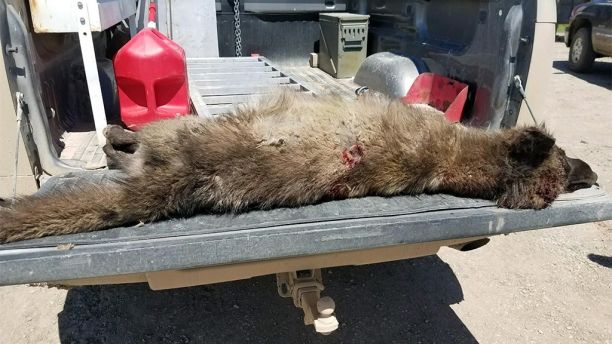 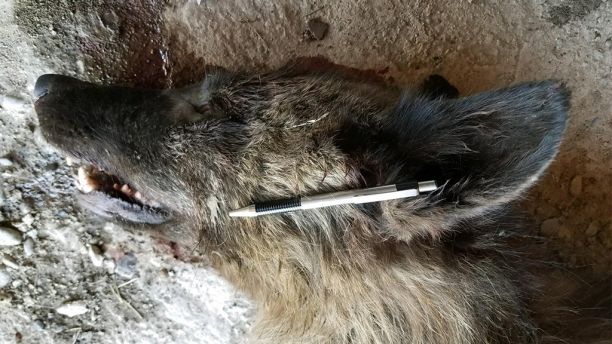 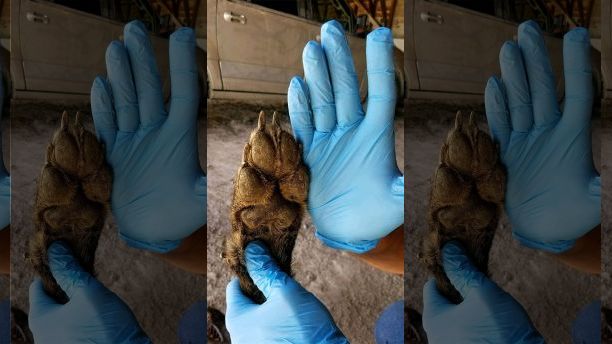 A large wolf-like animal shot and killed in Montana has wildlife officials and social media wondering what it was. A rancher shot the gray-haired beast on May 16 when it ventured too close to his livestock in Denton. The rancher reported that he killed a wolf but wolf specialists looked at photos of the animal and doubted it was a purebred wolf, “The canine teeth were too shot, the front paws too small and claws on the front paw were too long,” Montana Fish, Wildlife and Parks spokesman Bruce Auchly said in a news release Thursday. “Nevertheless, social media was quick to pronounce the animal as everything from a wolf to a wolf hybrid to something mythical," he said. The Great Falls Tribune also reported that the animal shared many characteristics of a wolf but that its large ears, short legs and body and its fur stood it apart. “We have no idea what this was until we get a DNA report back,” Auchly told the paper. “It was near a rancher's place, it was shot, and our game wardens went to investigate. The whole animal was sent to our lab in Bozeman. That's the last I ever heard of it.”