So, now we have a bit more information about what the Russians were testing in Syria. It was more of the weapons' integration testing. In this case, the Russians tested the Su-57 with a cruise missile, probably a Kh-59MK2[1]. Note, the missile fits within the internal missile bay. The reported range is 200 km+.

You have to wonder what other weapons were tested and it ought to be pretty obvious, despite the short stint they were there, they did more than fire this one missile. Sensor tests were highly likely (and required for testing the weapons).

It should be noted, the deployed Su-57s were NOT with the new engines. Those are finally in the air and testing regularly[2]. For months the initial bird was grounded. However, whatever the original problem was, the Russians seemed to have solved it sufficiently to get the engines into the air for testing.

Rogoway puts out his two cents on this, btw:

That's not really a new cruise missile, but anyways...

New missiles are rarely ever "new" these days, especially for a mass-produced munition. It's far quicker, cheaper and easier to modify an existing platform than to design a truly new missile. Especially since all the resources and effort invested in doing so will go.up in smoke, literally, in the best-case scenario.

Most existing weapons have to be modified in some way to fit into a stealth weapons bay.
edit on 5/25/2018 by Zaphod58 because: (no reason given)

That is also true. But the weapons the craft is intended to carry is also a factor in the design of the craft. At least, the rough mass and form factor/anchor points, etc. I was under the apparently mistaken impression that this was more of an upgrade to the system than a compatibility modification.

It's both. There was some upgrade to the Kh-59Mk, but one the big things was the body design change to fit into the bay of the Su-57.

Makes sense. I guess you can't always truly build an aircraft around a weapons system.

Going back to the engines, also: 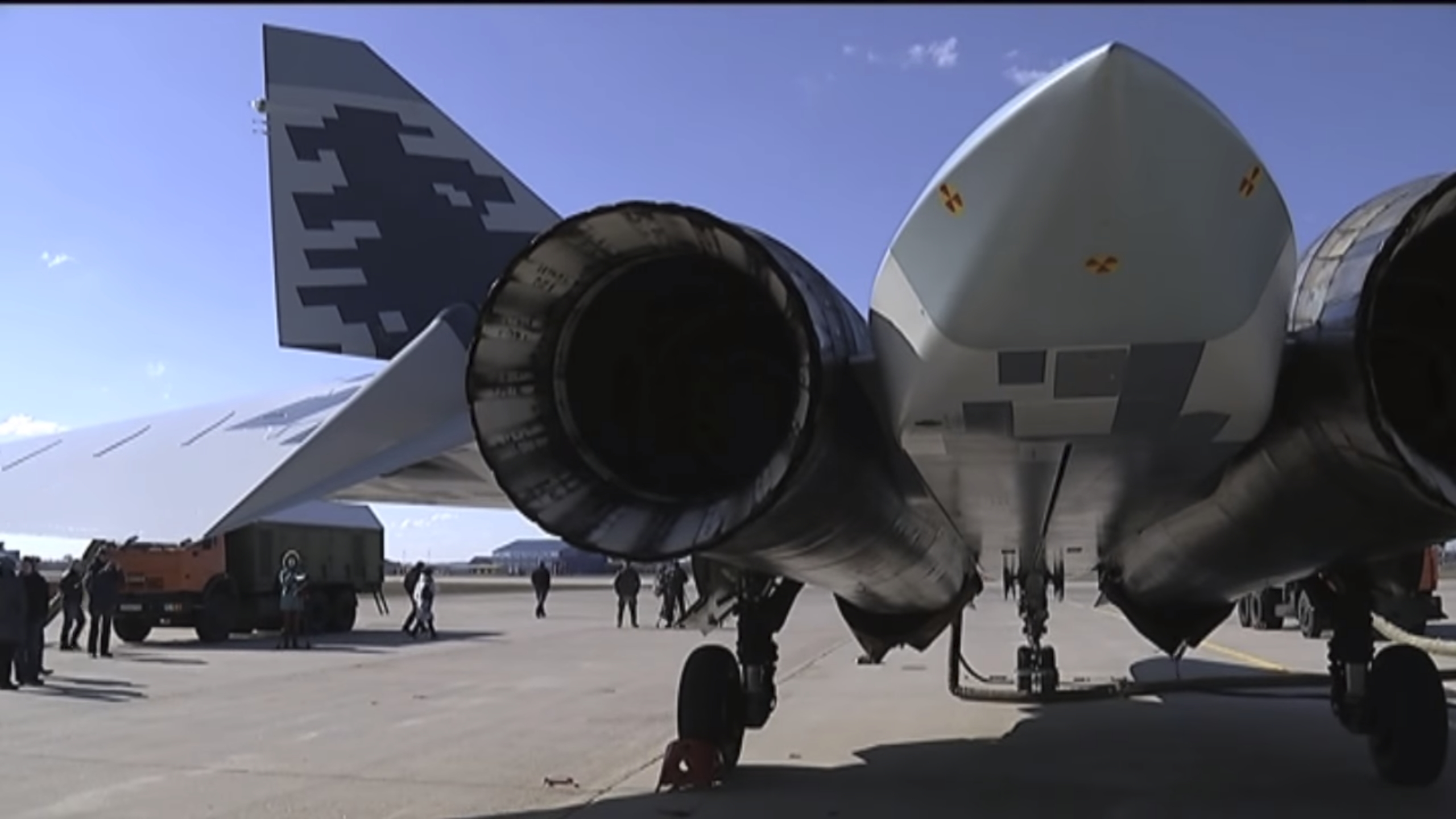 (and that's one rad tail)

posted on May, 25 2018 @ 09:53 PM
link
You have to wonder if testing all this hardware in Syria (if that was where it took place) makes sense given the proximity to "well equipped" observers. Obviously there is something to be said for testing in theater, but the enemy isn't particularly sophisticated.

Ok, so the aircraft isn't living up to the hype. But any thoughts on the weapons?

The Rafale or SH doesn't even begin to compare to the Su-57. I doubt it's close in the frontal quarter, and the all-aspect plot wouldn't be close. Noone who knows the subject takes that seriously.

You guys talk about panel gaps and screws increasing cross section like you understand the subject, but don't seem to realize that in many bands, those things make no difference at all. And since those bands are the in the medium search and scan bands, it is kind of a key point. I also doubt they are too worried about panel alignment and flush surfaces on preproduction development aircraft. We sure weren't.

As is, assuming no further change, once it gets acquired so it can go to a higher frequency, narrow beams, then it won't be as stealthy at those bandwidths as an F-35, but it wasn't designed to be -- and most importantly, its already danger close. And since I'm sure it's designed to go after force multipliers, that's scary. And once it is in knife range, it's going to be kinematically superior to a platform like the F-35 even with the interim engines. Also, not comforting. Neither is the prospect of interdiction in a strike role.

Is it some sort of super weapon? No. Will it approach F-22 or F-35 cross sections? Not all-aspect over a broad range of bands, but stealth is largely tailored to specific bands and the Su-57 may approach their level in some bands from some aspects. Was it designed with set goals regarding the tradeoffs in signature and performance? Definitely. Will it fulfill its potential? If they throw enough money at it over enough time. The same as modern Western systems.

The Russians have had a couple decades of relatively bad press for their weapons. That started with the Gulf War and then hasnt really improved. The West has been working their way forward, well, mostly the US, but other nations too and the Russian bottom line has been taking a hit. They needed to show their weapons in use and that they do well.

Additionally, the Russians really need to know if their kit actually works. In the beginning of the Syrian war, the Russians' guided weaponry was frequently off target. Not a lot, but enough to make a difference. They were definitely NOT getting the bomb through the window like we did with the Gulf War. They have used this war to refine and fix as much as they can through real world testing.

Finally, the Russians needed to train troops in real world situations. Or rather blood their troops. Even in Ukraine, the Russian troops, while incredibly better than the Ukrainians, left much to be desired. The Syrian War allowed Russia to get troops out there and fighting in real, intense combat.

Despite all the observers, situations like this are rare. Russia has a limited budget. Test, train and demo where and when you can. With the lessons learned, you can go back and build weapons and train when and where you don't have all the observers.

tl;dr: In Soviet Russia, wars train for you. And market for you.

Deploying the weapons in theater means you lack the TSPI of a test range. This seems like a less than optimal way to improve the weapon accuracy.

As a 15 driver just told me....stealth design is a small fraction of the overall threat. You have GPS signals, radio transmissions, and other things to give you away nowadays. Even when we were on TLP missions with other NATO countries, we had to tune down the E model radar to make thins fair, so its gotta be impossible to truly gauge how a certain pplatform would perform against another.

As far as that weapon goes, Syria is obviously being used as a live testing ground. But, what good does that testing do in that environment? They have no AA capabilities do they?


And FYI, the 35 and 22 do not have special weapons because of stealth. The only thing modified is the launchers, like for the small diameter bomb. They still use MK 82 and 84 bodies attached to a rack.

Absolutely true, but the Russians had used their test ranges before for development of their guided weapons and found them wanting on the battlefield. No matter what you do, a test range cannot simulate all the different weirdness of a battlefield.
After real world conditions were used, over time, Russian guided weapon accuracy was improved.

I am guessing (being perfectly honest here) that they wanted to go ahead and try the same with the Su-57 to compare test range vs real world situations.

Actually, they did make some alterations to a few weapons for the stealth. The AIM-120C has "clipped" fins to fit into the F-22 weapons bay. Some of them are having to design a new launcher to fit them, like the SDB II for the F-35B.

The 120C's came with clipped wings standard, nothing to do with stealth. Loaded a thousand on E models. And I said the SDB launcher was being modded to fit the jet...just not the actual weapon. The B has a much shorter weapons bay due to the STOVL exhaust doors....it wont take a Mk 84 or Blu-109 bomb body.