Stick a fork in them, Democrats' 'blue wave' in doubt as generic ballot lead dries up

Back in January, Democrats confidently predicted a "blue wave" would wipe out Republican control of Congress in this year's midterms -- as polls showed a massive lead for the party in the so-called generic ballot. This forecast is looking less certain as that lead shrinks by the week, with one poll even showing Republicans on top.

The "generic" ballot asks voters which party they plan to support, without getting into specific candidates. As recently as April, a Reuters poll showed Democrats with a 13-point lead. Some Democrats cited various surveys, including a CNN poll in December that showed an 18-point lead, as proof that they'd at least claim the House in November.

But that lead has all but disappeared, with Reuters' latest poll showing a slight Republican edge of less than 2 percent. The trend is reflected in other polls. A CNN poll this month showed the Democratic lead at just 3 percent, down from 16 percent in February.

Funny how looking back on it that the official democrat logo was a jackass. Say what you want about the GOP, but Elephants are awesome.

That being said, its time we update our logo to the lion, because elephants don't rip their enemies to shreds like the new MAGA party is doing.

posted on May, 24 2018 @ 12:27 PM
link
Any talk of midterm elections is way too premature. That goes for both parties. As Summer turns to fall, and we see where the economy is, and where Mueller's investigation ends up, then we can accurately get a better picture.

MysticPearl
+18 more
posted on May, 24 2018 @ 12:32 PM
link
The Dems publicly supporting MS-13 over Americans is an interesting tactic in trying to keep voters on their side.

originally posted by: MysticPearl
The Dems publicly supporting MS-13 over Americans is an interesting tactic in trying to keep voters on their side.

Info Wars wasn't part of the source at all. It links to Fox News citing polls from CNN and other liberal sources. But hey, don't let me get in the way of you making yourself look like a fool.

posted on May, 24 2018 @ 01:14 PM
link
I think it's way to early to tell as others have already stated. Running on raising taxes won't do the Dems any favors though.

posted on May, 24 2018 @ 01:39 PM
link
I was part of that phone poll. And being a fiscally conservative / socially liberal person, I responded to that poll with a full on Democratic ticket. Why? Because it was an attempt to poison the data. I know a few other acquaintances that did the same (on both political sides). We did this as an act of protest over the reliance upon polls that are easily manipulated to arrive at a favorable outcome. That false outcome is then used by the Democratic party as a level to sway popular opinion in "backing a winner" before the election begins.

That, IMO, is voter manipulation. So, we decided to do some of our own manipulating in response.

How do you think the MSM was assured a Hillary win, until the actual voting was tallied and they discovered to their collective dismay, the polls were wrong and Trump won. 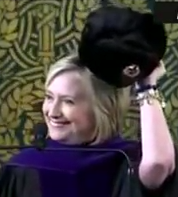 
originally posted by: MysticPearl
The Dems publicly supporting MS-13 over Americans is an interesting tactic in trying to keep voters on their side.


The MS-13 thing is almost unfathomable. We all know the Dems love their illegal aliens, but MS-13 is a criminal gang! They might as well cozy up to the Bloods and the Crips.

I'd say they're trying to destroy their own party, except: I've heard Nancy Pelosi talk. I've heard Maxine Waters talk. They really are that stupid.
edit on 24-5-2018 by AndyFromMichigan because: (no reason given)

posted on May, 24 2018 @ 02:22 PM
link
Too early to tell - polling in the last 2 days has the Dems moving slightly ahead again. What has changed is that the big Dem lead in polling, whatever that is worth, is gone. Expect CNN et al not to talk about it as much unless Dems pull a big lead again.
edit on 24/5/2018 by UKTruth because: (no reason given)

While you are correct about who ran the polls. Your views of someone that leans left is completely wrong. Just as the stated article is.
And your take on how a “leftie” would respond shows a certain level of dare I say a uneducated person.
Please keep in mind there is no “left” or “right” there is only America and the constitution. When you get that down you will feel much better.

A coherent title would be most helpful.


The MS-13 thing is almost unfathomable.

In what way did the “democratic” part endorse MS13? Please do tell.
Or are you just regurgitating things that you have watched on FOX and read on forums of people showing ignorance?

www.breitbart.com...
make of that what you will