posted on May, 24 2018 @ 08:25 AM
link
I'm beginning to think CNN's Chris Cuomo thinks every guest he interviews is a liar. He doesn't have the decency and common sense to concede once in a while, that he's wrong. That's the reason why CNN continues to tank, with viewership down nearly 30% in February of this year.

“CNN … struggled relative to last year in prime time, [as] the network was -30 percent in total prime time viewers, and -23 percent in total day viewers from last year,” AdWeek.com revealed in its “Basic Cable Ranker” report for the week of February 5.

CNN's questionable credibility, is the main reason why they're referred to as a "fake news" network. They keep pushing a anti-Trump narrative and continually harp on the same talking points. Then, they belittle and insult their guests, by implying that they're liars or dishonest people. Case in point, is when Rep. Jim Jordan (R-OH) spoke with CNN's Chris Cuomo about President Trump's claim that the FBI spied on his presidential campaign. Jordan was explaining to Cuomo, how after nearly a year and a half, that there's no evidence of collusion between Trump's campaign and Russia. Cuomo then states that Jordan is "flooding the zone" and tells him, "If you want to tell the whole truth, then don't shade everything." I find that comment to be ironic, since CNN constantly tries to "shade the truth."

“Here we are a year and a half later — not one bit of evidence of any type of collusion, any type of coordination between the Trump campaign and Russia,” Jordan responded. Cuomo then accused Jordan of lying and said his assertion was blatantly false. “Jim, that is demonstrably false,” Cuomo replied. Jordan looked shocked and said even Democrats have admitted the case for collusion is beginning to fall apart. “Even Democrats are saying that,” Jordan said. “Even The New York Times said that last week, Chris.” Cuomo was undeterred and claimed there was “tons of evidence” of possible collusion. 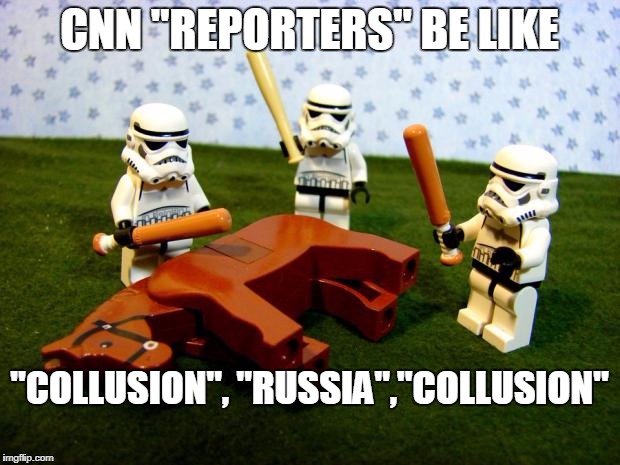 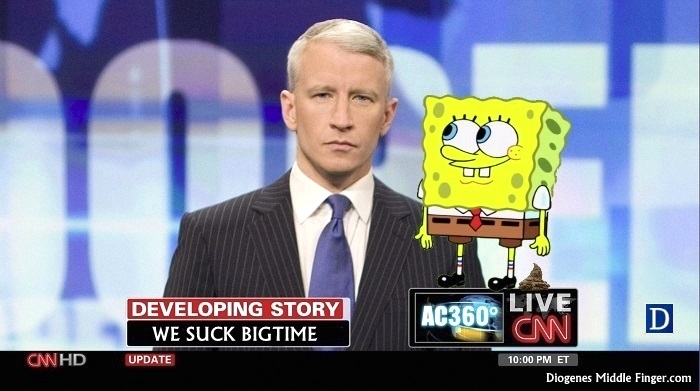 SpongeBob SquarePants is beating CNN in the ratings.

His head will be sore after the mental gymnastics he will need to go through after the IG report drops.

I wanna know a few things that hardly get mentioned about these guys. They propped trump up in 2015 as an alternate to bush , then started whining when people actually started getting behind him, so they then started focusing on these fringe nutcase groups that have always been there, and have always been a tiny fraction of the populace , then when that didn't have the desired effect, they started throwing crap at the wall : Russian junk, stormy Daniels, the pee papers, etc. Why do all that when you can just report the news , and let the people figure it out for themselves, then cry that you are losing viewers ?

originally posted by: Wrapscalllion
a reply to: butcherguy
They propped trump up in 2015 as an alternate to bush , then started whining when people actually started getting behind him,


Joe Scarborough was originally a supporter of Trump, but he and his show later changed their toon, too.

It's a common but little mentioned tactic in the entertainment industry: you can profit off of the rise and the fall of someone else. That's one reason different figures & outlets in the entertainment industry overhype certain acts/movies/individuals; it allows them a chance to cash in on the initial hype while also setting the act up for failure. And once the act can't reach those overhyped expectations, those same media figures can then cash in on the backlash. The same tactic is used in investing, when you profit off of something as it rises and then cash in on its eventual collapse.

So if anything, I'd guess that Cuomo's team's internal data is showing that it's still profitable for them to keep talking about this. If it stops becoming profitable for them, they'll change their focus to something else that's profitable. These people aren't nearly as stupid as people here seem to think.