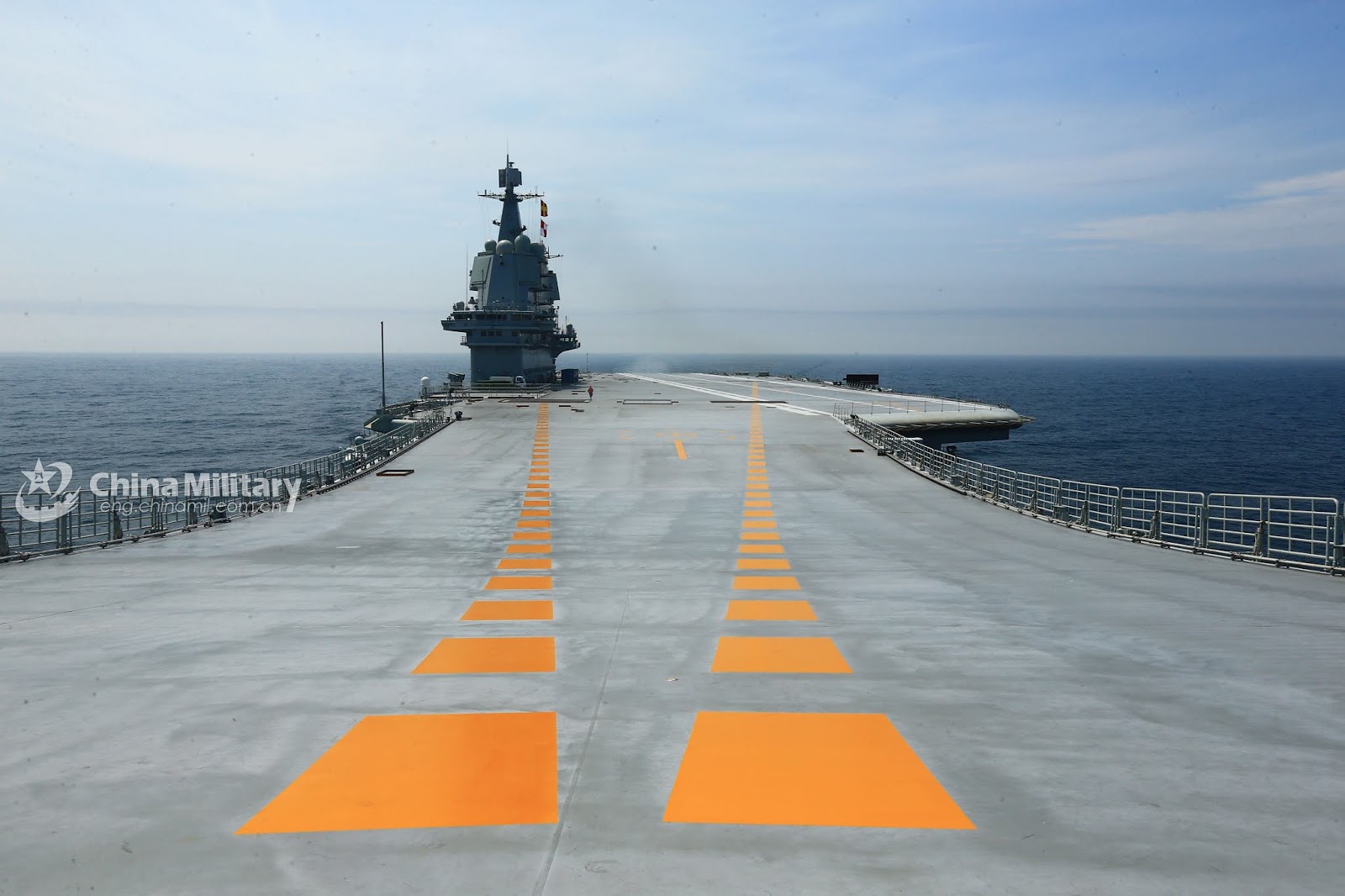 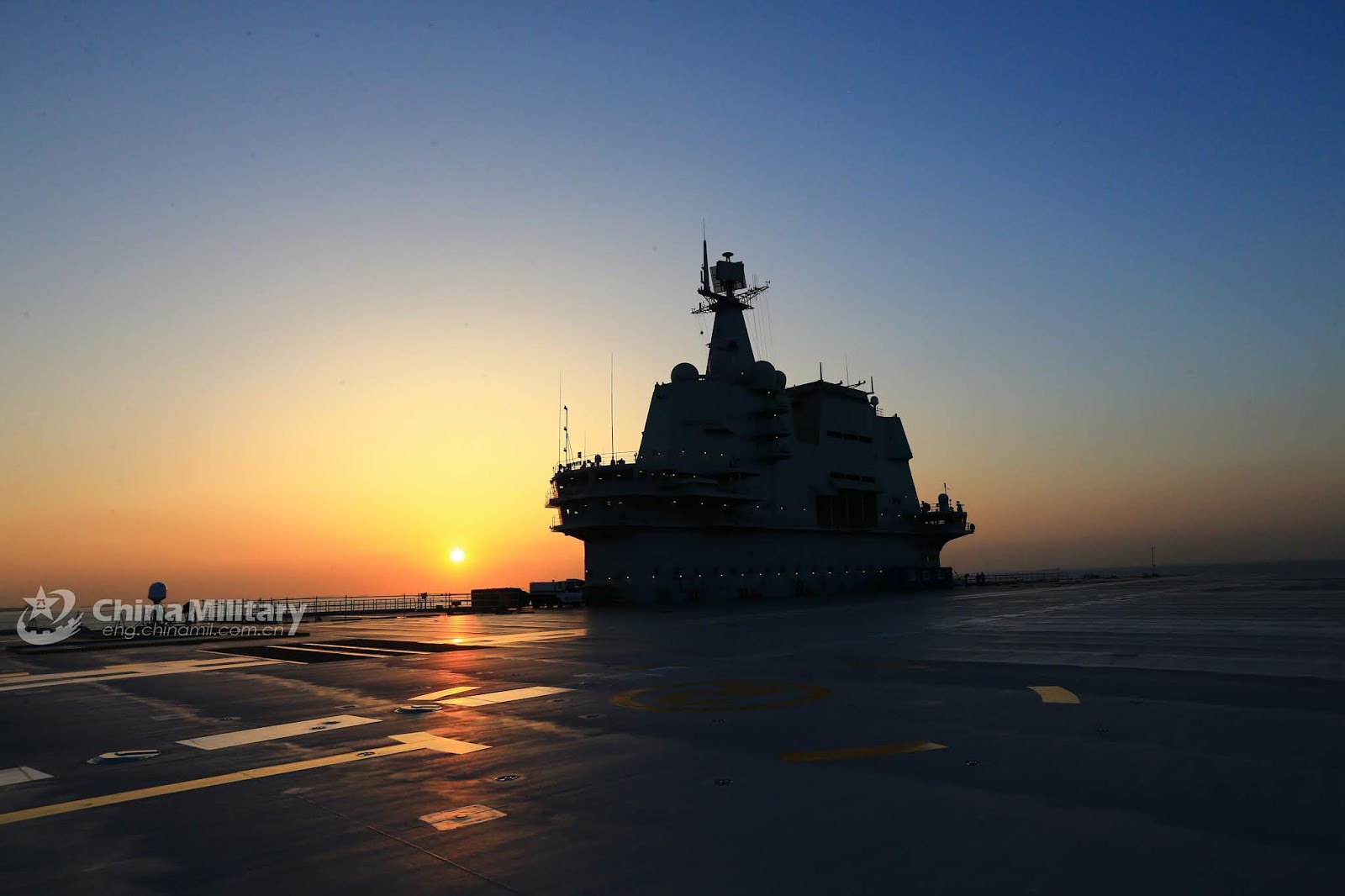 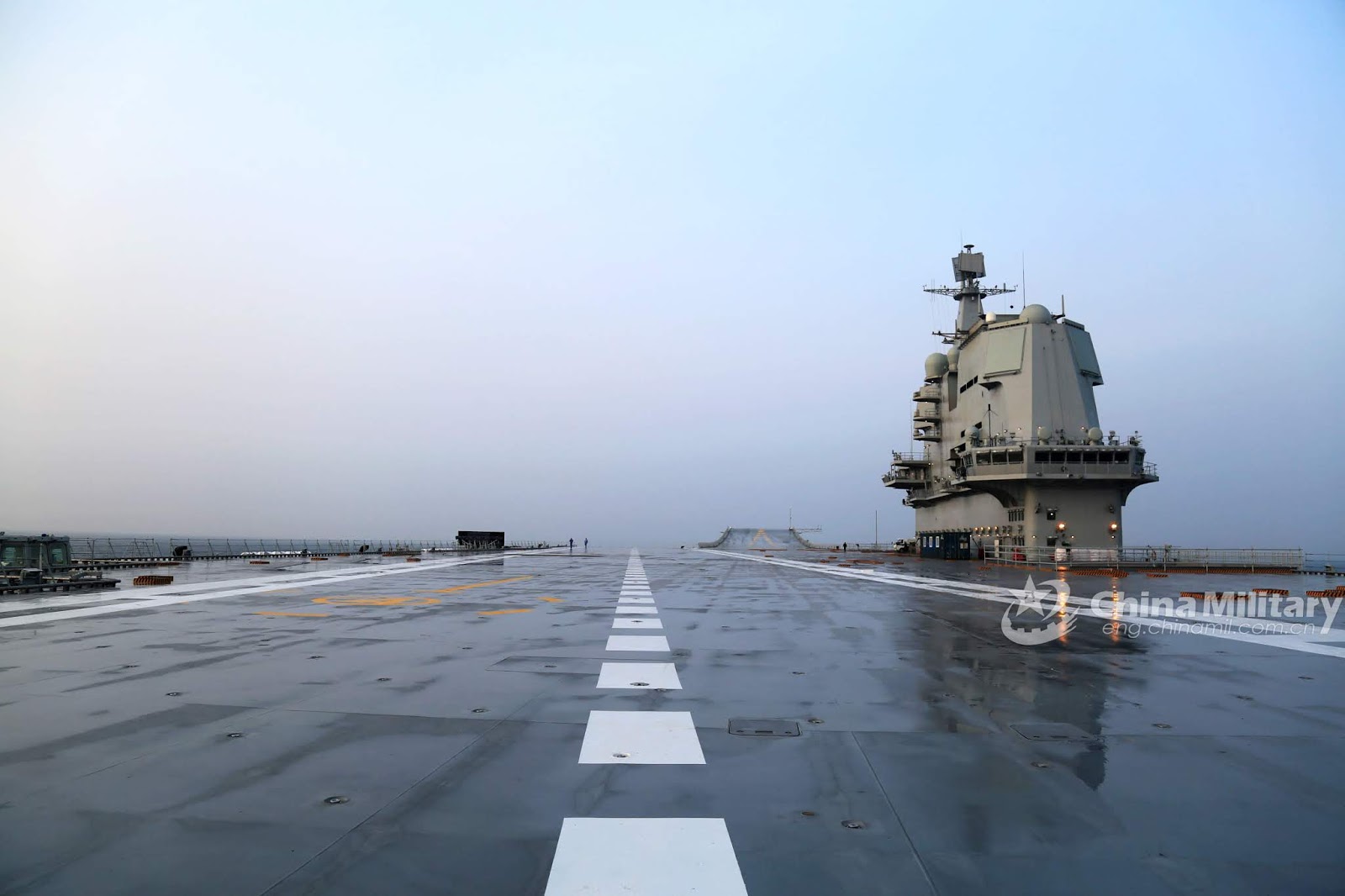 There are a few more pix here:

The Chinese brought back the ship from trials. There's little to no word on what needs to be addressed on the ship (there's always something) but that's n surprise given the Chinese navy's tight lippedness. OTOH, there are some great PR shots of the ship. And those shots have given away some information about the capabilities of the ship even though the shots were meant to be relatively innocuous.

I'm throwing out a challenge to the group: can you see three things that are VERY noticeable about the newest Chinese aircraft carrier and what they mean for the warships capabilities?

I believe I see a new type of radar tracking system but that is to be expected.
I am not educated enough on this matter to know the others but would really like to know.
Maybe send a PM so I can look this up and learn something?

Alright since no one else wants to try I will give another go! I have been thinking about this some and without looking at Soviet pics of their carrier models. I think that maybe the launch ramp may be wider but I am most likely wrong.

One of them isn't going to jump right out at you. And one of them is starting you right in the face. In fact you can see something similar on the Ford.

Oh,and no median barrier between the lanes /

It's a STOBAR carrier. Short Take Off Barrier ARrested. They use a ski jump instead of a catapult so the planes can't take off as heavy.

Man this is too difficult for someone that only knows a little bit about certain hardware used on carriers. I only know what they tell me in documentaries. But I will continue to try to guess.

It looks to me that the carrier deck does not seem as flush as it should be so could possibly limit its life span or lead to costly repairs somewhat soon. But it could also be that the thing is new that parts have not fully settled yet.

posted on May, 24 2018 @ 06:53 AM
link
a reply to: Zaphod58
I'm going to make a point and take some stabs. Firstly there is a very obvious AEGIS style AESA array on the island that's a point of fact. First stab is to point out the exhaust, or should I say lack of. I dont see any obvious exhaust stack and no hint of any diesel smoke, that implies she is a nuclear ship if I'm correct and its not because the ship was sitting still. Second, the island appears to be divided into two separate parts, presumably one for ship operations and the other to deal with air operations, that's a more recent convention although the RN QE class have put them into two separate islands. Third, the angled flight deck is one thing (no I dont see any catapults EMALS or otherwise) but where are the aircraft elevators?

posted on May, 24 2018 @ 07:18 AM
link
a reply to: thebozeian
Its not a nuclear carrier, the exhaust are in the aft Island just like on the Kuznetsov. Two elevators are right next to the Island and another backboard aft. Hard to see in those pictures but its pretty standard config.
That fence on the angeled flight deck is funny.

I thought we had long established that she was a STOBAR carrier so therefore no cat should not be surprising. Perhaps Im missing something there?

So I was right about the large AESA's it seems. Now as for the third thing I'm really not sure. Could you be referring to the fact that there is not a single aircraft to be seen? I would have thought that normal for builders trials anyway.

posted on May, 24 2018 @ 05:44 PM
link
a reply to: mightmight
My apologies, you are right about the exhaust. When I took another look at one of the shots at a different picture size I was able to make out exhaust haze.
As for the elevators, yes I would have expected them to be there but Anzha's OP was asking for things that were obvious/not obvious so I just wondered if that may have been one of the things he was referring to.

A bare metal deck and a lack of installed arrestor wires?


Would catapults shooting aircrafts up the ramp even work? IE designing some sort of bend catapult to fit on the ramp?

Well according to the internet it'll be J-15s. I'm sure they get around to installing the wires eventually.

They do have a STOVL aircraft in very early development stages, they can retrofit the deck five to ten years down the road if they decide to go that route. But why bother - they build it for arrested recovery and want to transition to full blown CATOBAR with the next one anyway.
edit on 25-5-2018 by mightmight because: (no reason given)

is that a point defence system like the phalanx CIWS ?