My recommended trump speech to end the political divide

page: 1
35
<<   2 >>
log in
join
share:
Grambler
+15 more
posted on May, 23 2018 @ 07:52 PM
link
Everyone knows that trump has caused such divisiveness with democrats. Its time for him to do something selfless, and do something to not only show goodwill towards them, but protect our country from russian influence.

Inspired by James Clapper and the media that agree with him, I give my suggested trump speech to help solve all of this.


And now in an special message to the American people, President Donald Trump

There has been a lot of discussion about the Russians interfering in our election. While there is some debate on the extent of it, and what exactly their goal was, the intelligence agencies agree that the Russians were interested in getting as much dirt as possible from all sides.

Claims that I or anyone from my campaign colluded with Russia are not true. However, I recently learned through former Director of National Intelligence James Clapper that one of the reasons the Russians didnt have more success was because the intelligence agencies were placing informants around my campaign, in addition to using intelligence letters to get phone records of people in my campaign, and even getting fisa warrants on members of my campaign, all without informing me.

All of this, as Mr. Clapper so eloquently put it, was to protect my campaign. I would like to thank Mr. Clapper and the rest of the intelligence agencies responsible for this for having my campaigns best interests at heart, and protecting my campaign in this very thorough manner.

Sadly, it seems likely that Russia will continue to try to interfere with future elections in our great country.

Therefore, in the spirit of bipartisanship and reciprocity, I would like to announce that I, Donald J. Trump, will be placing government informants all throughout the Democratic party and their teams!

I am doing this show of good faith in order to both protect theDemocrats, and let them know how much I value them and care about their safety and well being.

But I wont stop at informants. As Clapper and the intelligence agencies have shown us, we need to be more diligent in our protections.

So I will also seek FISA warrants to spy on members of the DNC and their associates, seek intelligence papers to get their phone records, unmask what is heard in these conversations, and relax intelligence sharing regulations so that all of the information gathered can be easily spread all around my government agencies.

I know this may come as a surprise to some members of the press who believe I have been divisive towards Democrats, but after seeing how some of them praised Clapper and the intelligence community for protecting my campaign with these measures, I knew that they would applaud our administration following their lead and protecting our Democratic friends.

I look forward to starting this protection immediately.

May God bless the United States of America"

This idea could actually work like a exorcism to get those pesky demons out of those suffering from DTS . kind of a kill or cure approach but hey what ever works .

originally posted by: TinySickTears
a reply to: Grambler


Funny you should say that!

THIS JUST IN!!!! It turns out, the Access Hollywood tape of trump was edited! The transcript of the full quote has now been released!

I like the speech but I believe at the end a few things should be mentioned and be less partisan.
The part about him using FISA warrants as a way of protection of the democrats seems a little ROBOCOPish. Keep in mind that the steele dossier was originally funded by his republican opposition. So maybe change it to say that he will use FISA warrants against both sides to protect both parties in the future.
That would resonate more and leave almost no reason for any MSM to give backlash.

She can give advice on what room to hade your server

John podesta can be in charge of food service. He can make sure everyone has enough pizza and can import hot dogs

posted on May, 23 2018 @ 08:43 PM
link
'' If you committed crimes and deliberately misled the courts and participated in an effort to tear down an elected official, then you have broken serious laws that result in serious consequences. We have started deep and far ranging investigations to identify those involved and the key leaders of this effort. They will be brought to justice, have no doubt about that. We have the evidence, we have the authority and we have people cooperating who were involved. So I give you this one opportunity, come forward, admit what you did, identify your role, state how you were involved and we will give you immunity. You will be stripped of your government position and benefits and you will be free to live your life outside the government. If you do not take this opportunity, if you continue to subvert the laws of this land, obstruct justice and try to cover your crimes you will be held accountable and punished to the full extent of the law. You will be publicly shamed, your trial will be public, you and your family will forfeit all your assets and you will be imprisoned, or worse. So please, mark my words, this is your only choice - I suggest you think about it. Thank you - and god bless America '' 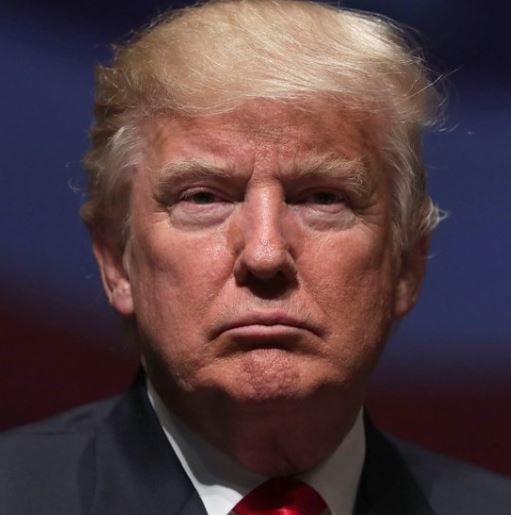 Well you know how the former DNI Clapper said placing informants around trump was to protect him?

Yeah, that wroks as the same way as grabbing, you know, to protect women! It all makes sense to the intel community and their main stream media friends, trust me!

i searched access hollywood tape and found no new #

Well, maybe it was "fake news" where I heard that.

But I am sure the "fake news" was just to protect me!

The washington free beacon funded Fusion GPS, but stopped doing so before fusion hired steele who made the dossier.

But to your point, yeah, lets "protect" the entire establishment on both sides; they deserve it.

im sorry but i dont understand
did some new # come out or not?

im drunk and stupid
nevermind me

catch you later grambler...
even though i didnt understand your threads are on point


You mean there wasnt a new uneditted tape from Access Hollywood that came out where trump says he grabs women by the ...... to protect them?????????

I stand corrected on that first part. Had to look it up again it’s been awhile.
But yes both parties need to be protected from corrupt officials.