How Does Magic Work?

You need to think in terms of evolution to figure out the logic of magic, otherwise you will hold naïve and inaccurate views. At the beginning of the process, for instance, in the bacterial cells embodiment of external nutrients in the environment such as glucose, the environment has become 'internalized' in the organism, so that when a faint electromagnetic glimmer of the nutrient is detected by the CAM's on the membrane, the cell will spontaneously move in that direction.

We can see in this the beginnings of what we will call "instinct". It is, it appears, a "gestalt" process whereby an external point (the nutrient) activates an internal point (the gene-protein network) and a 'dance' occurs.

Many different "point-counterpoints" emerge over evolution, and indeed, this is the fundamental thing to be understood if you want to understand magic, because like the bacteria which is activated by the counterpoint of an external molecule, the human being is activated by external cues in relation to the complex unconscious brain-activity that seamlessly integrates homeostatic and personal meanings into a 'singular system'.

In magic, the power to effect change has everything to do with the degree of your affective activation in relation to a counterpoint - either a real natural object, or an internalized object that has been 'built up' over developmental history. 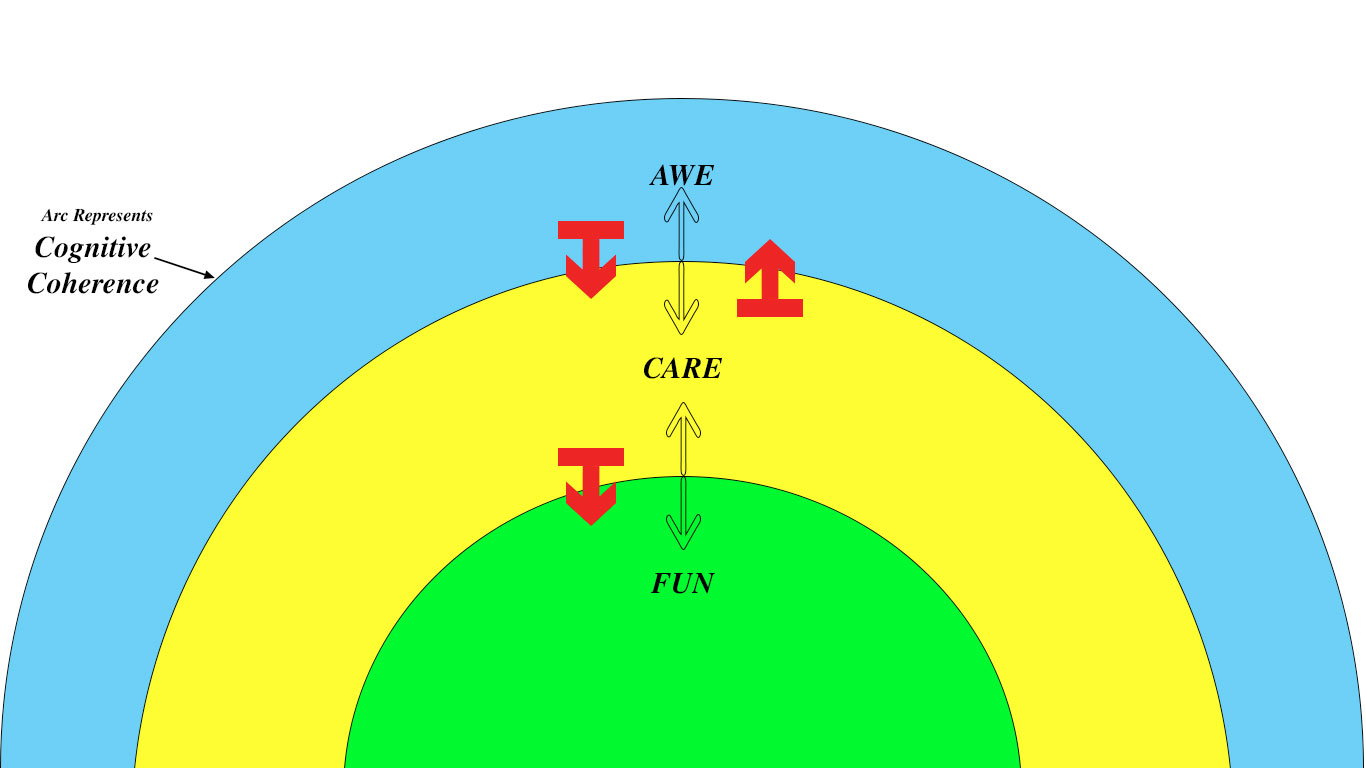 In evolution, metabolic surplus is the source of the emergence of play. A cichlid fish, for instance, after eating and usually during its peak activity time, will begin playing with bubbles. This behavior spontaneously emerges only when everything is 'in order'. Such activity emerges only when the system is properly cared after.

Care is a far more existentially functional process, and yet it is able to produce "dyadic states of expanded consciousness" (Tronick, 2010) and so mediate neurological growth in regulation of consciousness; this well demonstrated developmental fact of infant studies probably has to do with a well known phenomenon of physics: when two waves in phase hit one another they result in a larger wave than the two which made it up. This is called constructive interference. In the social interactive sense, to be 'in phase', is for the parent to properly recognize the affective need of the infant, and act in a way that either promotes good states when the infant is eager for interaction, or relaxes negative states when they are cranky. In short to act in complementarity.

I take this developmental aside because the "magician" has this naïve view that "all things have to be experienced", as if some things weren't in themselves fundamentally wrong and therefore unnecessary to be experienced. Do I need to screw a sheep to bestiality is wrong? Or, can I simply note the wrongness of it in a relaxed way, and let it go?

“The expression, “to become one with the universe,” although trite, suggests euphoria, and, almost by definition, euphoria would mark the successful practice of magic. After all, the magicians goals were as lofty as we can imagine.” – Dan Burton, David Grandy; Magic, Mystery, and Science: The Occult in Western Civilization; pg. 47, 2004, Indiana press

The euphoria felt by the person who identifies with the universe, but still doesn't know much about how and why he acts in the ways he does, is like a person who builds a house on swampy ground. It is fundamentally weak, and therefore, to interface with archetypes will necessarily cause you to lose your bearings - and/or take that extremely abusive and self-permissive "journey" of doing "everything" to learn what can be learned - and should be learned - at the level of logic and science.

People influenced by Jung need to understand that the universe is very much in the shape of its own nature - and we cannot know it in its totality, with "omniscience", even if we pretend that we do. Again, Euphoria - that emotionality - drives consciousness into a hyper selectional process (because the brain is governed by TNGS or theory of neuronal group selection) and the mind, being so enlivned by that feeling, careless imagines that feeling something means everything you think is necessarily a coherent representation.

Jung was wrong about 'where' archetypes come from. They do not pre-exist the organism, but are literally embodied in the organism as its teleodynamic functioning - literally a 'singularity' which collapses into a single function the "meaning" of the external cue into the valuation produced by the organisms biodynamical history; the 'horizon' on the outside activates the 'past' within me. Roads long used get reused. My development is not done - but ongoing. My brain never ceases in its geometrodynamic differentiations of external situations, and these relations move to the logic of symmetry.

This figure explains how 'teleodynamic attractors' are in a certain sense beyond space time, since they are 'convergent' points between selves in interaction.

This figure tries to capture how we are composed of distinct forms of loops. There is the basic loop we can call 'metabolism', or homeostasis. It is basically the body physically regenerating itself. Then, there is an 'affective loop', which is phenomenological (happening as mental process), and links up the mind to the environment in various different ways, the most prominent being the social emotions. Atop this lies our 'existential' consciousness; which is looped just like the rest of them. It builds off from the affective experiences and produces, via language, a symbolic representation of its experience. Our minds, our feelings, and our body.

But there is one more loop, isn't there? Since magic invokes the feelings of awe and euphoria, it does so by identifying with the 'universe at large'. This identification is legitimate, but is the knowledge produced - or the claims to 'what is true and happening', real? It is debatable whether the top loop, being the most elaborate expression of human functionality, can produce true material in a "fallen" social world - a world where people have unresolved traumas, and produce - or are mutually controlled by various forms of the same sorts of defensive "demonic" attractors - material that is too quick and powerful for the mind to contain.

The problem, then, with touching magic, is that the intensity of the feeling it produces overwhelms consciousness and threatens it with insanity if it fails to integrate the experiences it is having into a coherent self-narrative. The laws of nature ARE STILL WORKING; the history - the past - is that which selects, and therefore, that which compels perceptions within consciousness.

“The mind is the brain. The mind is not just brain function, as if function could be separated from structure. Rather, it is the very substance of the brain. As the mind operates, it reflects the ongoing neurodevelopmental process, continuing the self-organization of neural connections that began in the embryonic differentiation of the neural tube and that continues throughout life.” – Donald Tucker, Phan Luu, Cognition and Neural Development, pg. v, Oxford, 2012

It's a very intelligent admonition: if you don't want to suffer or lose your consciousness and experience as a self - don't do it.

The problem with western magic is its dualism: it doesn't accept that the mind is the brain, and that the capacities of the self with magic has to do with the psychodynamic attractors that have been formed during social existence: it is embodying meanings that only make sense when considered in their instantiations in real life.

Ignorance of self leads to monstrous transformations of self-material into archetypes that are vast and confused symbols of the self. The magician thinks its a spirit or an entity; but it is merely the other - its own self, animating the atoms in the surrounding space in pursuit, it would seem, of growing its force.

Magic is strange, but it is not beyond scientific investigation. The most plausible theory is that described in this thread: that the observe pole of consciousness and the archetype, or 'mode of being' expressed in your functioning, constitutes a sort of 'duet' between one part of myself and another part of myself.

It is a pyramid - with the basic biomechanical rhythms of movement providing the biosemiotic basis of social and existential reflection. The higher levels depend on the coherency of the lower levels, so that if confusion occurs at the social interpersonal level, then the higher existential level will transform in accord with the evolving narrative carried out by the mind.
edit on 21-5-2018 by Astrocyte because: (no reason given)

posted on May, 21 2018 @ 03:03 AM
link
I maintain that an analytically inclined mind will stipulate that unless something manifests itself objectively, it does not exist. It may still exist in somebody’s mind as a hallucination, or in another dimension, or in the deep sea.

Some magicians have even been sued as of late by participants that were hurt in the demonstrations.


Do I need to screw a sheep to bestiality is wrong?

posted on May, 21 2018 @ 05:37 AM
link
I'm confused as to who you are talking about. Are you talking about the new age trend with their remote viewing and such? or about simple illusionists playing tricks to fool perception? Is it about ancient occultists throughout history? As for myself, the word magic is just an attribution to mechanics we still don't understand or can't perceive due to our limitations.

Yes, but can you say that in 23 paragraphs?


originally posted by: Astrocyte
Do I need to screw a sheep to bestiality is wrong?


I thought about that. It seemed very magical.

Well, before discussion of HOW it works, it might be better to discuss IF it works, and whether it is in fact magic that you are talking about.

Frankly, unless I see someone doing some truly Gandalf like arse kicking, with nothing but a stick that lights up occasionally and some carefully chosen words in Elvish, Dwarvish, pseudo Latin and maybe some ancient Sumerian for good measure, then I am going to leave my conclusions at the current position of "It bloody well doesn't".

Luckily, most people are too stoopid to be able to use magic. 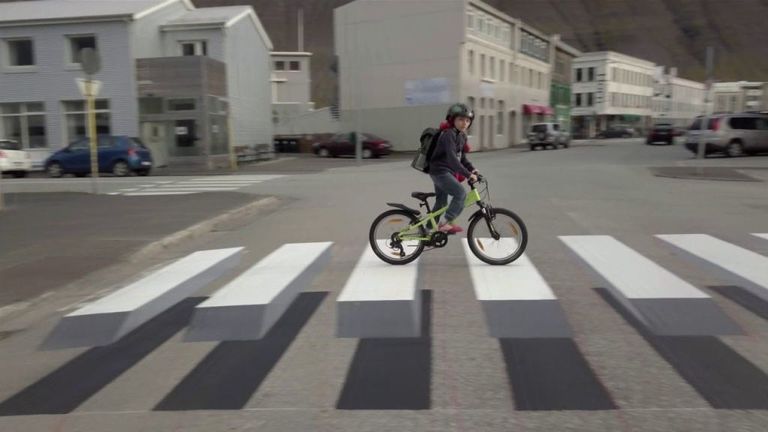 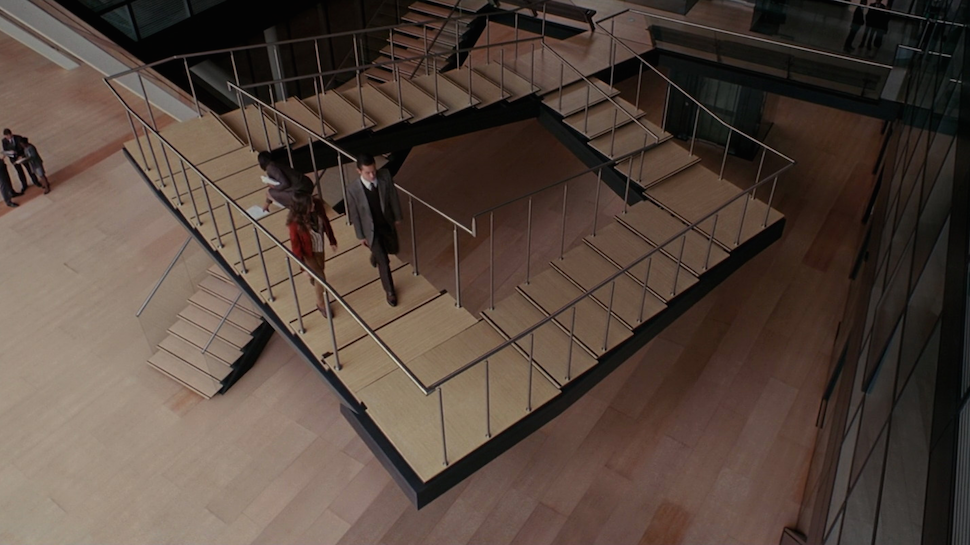 posted on May, 21 2018 @ 04:35 PM
link
The number one rule of magic is "like begets like." So what a magician tries to do is set up some specific circumstances which would allow the thing they want to happen to happen. Trying to structure reality to manifest something that starts as a thought, then works its way out into the material world. You do this by manipulating sounds and light and objects and thoughts toward your goal.

Most people are not focused enough to be good magicians, however. Too distracted. Also, reality depends a lot on perception and consensus, and most people also don't have the clarity and power to overcome those obstacles.

Sorry, I really don't know what I'm doing. Gave you a star though.

There are many forms of Magic. Speaking as a practitioner of a spiritual path that some would claim "does magic" its not all the same. So "how does magic work" can only be answered with "it depends on what type".

Is it Magic which involves deities? Energy? is it Symbolic? etc etc etc