The USAF put out an RFP for a tactical laser (not SHiELD) entitled the High Energy Laser Flexible Prototype. This is being issued by the Air Force Life Cycle Management Center as a follow-up to an RFI issued by Eglin AFB. Who and why are my two questions for those participants.

They want to have the demo to be testing at power within a year on the ground and there may be a rapid follow-up for a manufacturing program.

There are two intriguing bits.

And it appears to be an offensive weapon rather than defensive. That would mean at least 100 kw.

What aircraft are they building this for? This isn't the laser for SHIELD (the 50 kw self defense laser to shoot down missiles). Nor is this the AC-130 laser AFAIK. This is for something else. Or so it would see.

But what aircraft IS this for?

Lol Z ...can neither confirm nor deny huh?

Honestly, this is the first I've heard of it myself. I have no idea what it's going on either. But it's gonna be fun to find out and watch how badly they screw the timeline.

Don't worry. The protest will take a year alone.

Sadly...as I enjoy having one of the most technically advanced air forces in the world...they really ought to be spending this money on well...keeping what they have working and battle ready until such time as we can at least call 70-80% good to go. That includes pilot hours at least back to minimums.

Yes and no. At the same time they need to be actively replacing aircraft in the inventory as well. You can spend millions keeping F-16s flying until 2050 (which they are doing), but at some point you're putting lipstick on a pig. I mean, twenty years down the road, do you really want to go up against S500s with F-16s built in the 80s?

What they need to do is balance between new and old. SLEP your newest and best condition aircraft, while getting rid of the hangar queens and high time aircraft.
edit on 5/15/2018 by Zaphod58 because: (no reason given)

I'll be disappointed if it doesn't.

originally posted by: verschickter
Finally! Add a maser on top of it! Pew pew!

On page 471 of the RFP, they specify it must go "pew, pew, pew" when fired. they really did think of everything.

There were 3MW 710nn, 850nm and 1300nm IR Lasers in 1987 using arrays of 1.1kw stacked hetero junction devices made by RCA optoelectronics division. They only had a max 7% duty cycle at room temperature, but if you cryo-cooled them, you could get better than 80%. Tech has come a long way in 30 years, especially in the 450nm range which has considerably less atmospheric attenuation. It sounds to me, since I was in charge of a few weapons programs and this is an old gambit, that this is more of a fishing expedition to find out who has what tech, than to actually develop any under contract. If some poor fool shows (or a "friend" tells) the military that they can do it, DARPA will sweep in and grab the tech, sans any kind of payment, under the auspices of national security. These people will cross borders to get what they want. 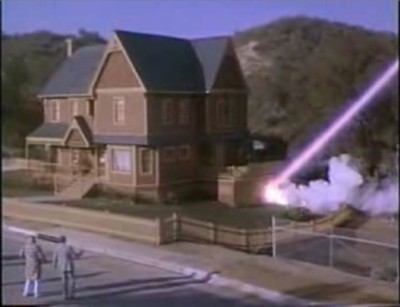 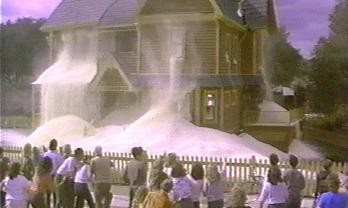 There have been many companies working on laser tech for the military for years. They've posted enough videos of their testing against various things. They don't need to shop around to grab tech.

It's not to grab tech. It's to keep the tech they already have.

You can bury public advances by years or decades. They also keep their ear to the ground at many universities. When someone gets close to demonstrating something they already have, they get to say, "oh, hey. Shut that down. Here's my decade-old classified patent for the same process. Oh, btw, mum's the word. NatSec. Sorry."
edit on 15-5-2018 by RadioRobert because: (no reason given)

Which is quite a bit different from the way it was worded in the post I was replying to.

originally posted by: deltalima74
a reply to: RadioRobert


I once was party to something that evacuated an entire plant (SBIR size company, but still lots of employees, decent sized plant) once when we set off both the shock and particulate fire alarms at the indoor range...

Boom! Lights flicker. Klaxon alarms. "I can, uh, hear the alarms downstairs under the lift, too." " ... " "That was us, wasn't it". "Maybe. Probably." " Maybe? " "Listen, just secure all the # in the fire safes and magazines. We can see which zones originated the alarm later. If there is a fire downstairs, I'd like to make sure we're all locked tight so we don't have to build a new plant"

Entire plant was evacuated while the fire department cleared everything and reset the alarms. Tripped the range alarms, and one zone downstairs, and everyone who looked at the zones thought we were goners. The owner was so happy that we were all alive he wasn't even mad. All kinds of new procedures to follow (including disabling the shock alarm for certain tests!). And more playing at outdoor ranges.
Wasn't even our biggest boom to that point. Pretty standard. FSP tests of the .50BMG size with a little more zip than normal. Just a freak event. Enough movement to trigger the shock alarm and loosen or blow enough dusts in the ducts to set off our particulate fire alarms, too.

All our lasers at that job were only for visual cuing, though