“That motherf—er was given a chance to say we are bout love, and not hate, and that motherf—er did not denounce the motherf—ing Klan, the alt-right, and those Nazi motherf—ers,” he said. “It was a defining moment, and he could’ve said to the world…that we were better than that.”

Trump was in his infancy as president and he sure could have said things differently during that time. But when you are chastising a person for not showing the world enough love, calling him a motherfuc#er might not be the best approach to make your point.

But we get it Spike. You have evolved. You are no longer interested in equality, you want superiority. Good luck with all that.


ETA:
Trump denouncing the Klan and neo-Nazis.
edit on 15-5-2018 by network dude because: added thought

"I give interracial couples a look. Daggers. They get uncomfortable when they see me on the street. Hand in hand and arm in arm. I just hope they'r eon in it for the sex mythology."

White women who go out with black men are "muggy."

"'Most black men don't be having no Penthouse pets, they be having outhouse pets.'" Not the kindest thing he could have said under the circumstances. "And they have nothin' going for them, nothin'. Doesn't matter what she's doing, what she's about, she's just there, and you have a prize—a white woman on your arm. A trophy. Sick."

Hypocrisy at it's finest.

Wow .
That almost makes Spike Lee sound like a racist.

posted on May, 15 2018 @ 04:44 PM
link
Saw his interview from Cannes on BBC News tonight.
He looks and sounds like a drug addict.
Totally lost his marbles. 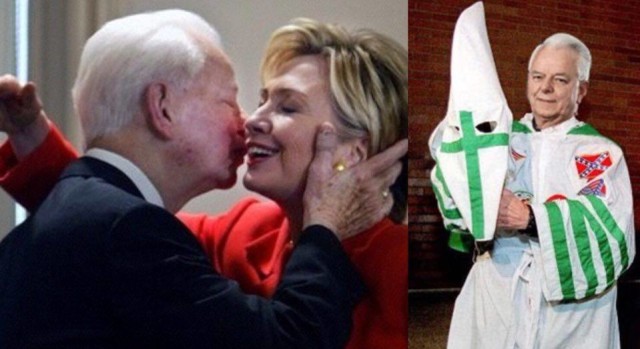 He should know better than to bring up such a sore subject. I guess it shows how libs are just recycling old concepts to gain traction. 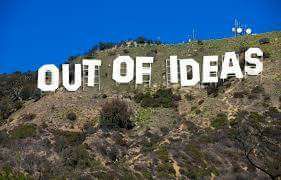 Same thing for his lame career.

Lucky we have Snopes on the case...

In 2010, even the NAACP released a statement honoring Senator Byrd and mourning his passing: The NAACP is saddened by the passing of United States Senator Robert Byrd. Byrd, the longest serving member of congress was first elected to the U.S. House from [West Virginia] in 1952 and was elected Senator in 1958. Byrd passed away this morning at the age of 92. “Senator Byrd reflects the transformative power of this nation,” stated NAACP President and CEO Benjamin Todd Jealous. “Senator Byrd went from being an active member of the KKK to a being a stalwart supporter of the Civil Rights Act, the Voting Rights Act and many other pieces of seminal legislation that advanced the civil rights and liberties of our country. “Senator Byrd came to consistently support the NAACP civil rights agenda, doing well on the NAACP Annual Civil Rights Report Card. He stood with us on many issues of crucial importance to our members from the reauthorization of the Voting Rights Act, the historic health care legislation of 2010 and his support for the Hate Crimes Prevention legislation,” stated Hilary O. Shelton, Director of the NAACP Washington Bureau and Senior Vice President for Advocacy and Policy. “Senator Byrd was a master of the Senate Rules, and helped strategize passage of legislation that helped millions of Americans. He will be sorely missed.”

He can go to hell. Sounds like a freaking Nazi.

Also, would he prefer segregated populations so we dont see women of other races naked?

I know. Beautiful black is too good for my cracker ass. They are the most talented, smartest, noblest, most awesome people ever. Superior to us mere mortals.

Hey Spike, how is Africa doing? That is us white people messing it up? How convenient, its just that its been a few centuries champ. When do superior black people begin to show us how its done?

Maybe black people make mistakes and ruin themselves like all other humans. Who would have thought....

originally posted by: tadaman
a reply to: network dude

Seriously, if a person is going to hate you regardless, then you are sort of set free from trying to please said person.

Thankful for his openness for hating folks who happen to be white, or black who like white partners.

We should all be happy that he is using his free speech and can now watch his movies accordingly.

'cause he made some movies, that I've never seen, and, in all likelihood never will? Not enough of a reason. Especially such vitriolic nonsense.

posted on May, 15 2018 @ 05:31 PM
link
I mean, there are a majority of things you could call Spike Lee on about his hypocrisies, getting upset about language shouldn't be the priority

In fairness, his latest movie has nothing to do with Trump. It is based on a true story. A black undercover cop infiltrated the Klan over the telephone.

With that said, Spike Lee is one of these self-righteous pseudo intellectuals who thinks they are "woke". Yes, he hates white folks and America.... although he had no problem getting wealthy in America.

posted on May, 16 2018 @ 12:21 AM
link
All anyone has to do is watch a few clips of this person to realize there is something severely wrong with him. He seems to have arrested development and thinks he is still 18-21 years old on top of his flagrant racist behavior. I think he was surrounded by a lot of the "back to Africa" movement and has totally embraced that all blacks are kings and queens, built Egypt (which he mocks white people not being able to figure out how "they" did this and how whites can only build nuclear weapons..). I think he also suffers from a "Napoleon's complex" which might be the reason he is always so angry. I never knew he was so short (shorter than Napoleon!) Watch this video and his behavior pretty much explains his whole personality.

charlottsvile was not the event the media has portrayed, the media lies and lies.

trump knew there were legitimately good people on both sides of the fence in that event, and he said so, speaking the truth is what they are mad at him for.

now you have twitter confessing today to shadow banning those on the right, this is censorship, they are infringing on our freedom of speech,

That's because Spike Suffers from self-loathing and is More than likely a Manic Depressive black man who Wishes he was Born White . All his Films project that Mindset IMO.........

He's been a racist for a long time, so in his mind unless someone else is also racist against white people there is something wrong with them.

originally posted by: XAnarchistX
I mean, there are a majority of things you could call Spike Lee on about his hypocrisies, getting upset about language shouldn't be the priority

I think you missed the point by a good bit. It's not that he used foul language at all. it's that he was upset that Trump didn't seize the opportunity to share the message of love, so for that, he calls Trump a Mother#er. I just didn't see that as perpetuating the message of love. hence the irony. I hope that is a bit clearer now.