I'll answer for you since the retard is a retard. My baby will scream louder and longer. And be miserable. Then my wife will be miserable. No one will get any sleep. After a few days of waiting for consent and not receiving it, my son will get an infection as he's sat there covered in poop in 72 hours. Then we'll have to go to the hospital. There, because he's a newborn, he'll get hooked up to an IV, get a spinal tap and we'll be billed thousands. Perhaps arrested and him turned over to child services for neglect.

Or I can just change the f'ing diaper.

originally posted by: MysticPearl
What a retard.

I'm sure lots of field study was done to corroborate these claim too...

You will have your diaper changed right now and you will love it. Or else!


It just goes to show that America does not own the franchise on incredibly stupid people.

Nope everyone is stupid.. This is how stupid people are.. 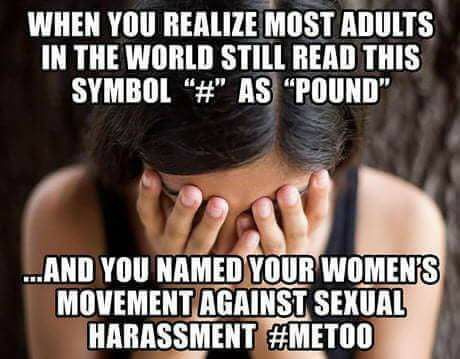 posted on May, 10 2018 @ 10:31 PM
link
I am starting to think that this "sexuality expert" just wanted to get her name known. Like "All publicity is good publicity" maybe she has a book coming out soon or something. Or then it is my defense mechanism, not wanting to believe there are people like this, and use title "expert".

posted on May, 10 2018 @ 10:33 PM
link
The whole theme of this idea is to make children aware from an early age that their opinion matters. All fine and well, but children will be children and they don’t call it the terrible twos for nothing.

Children do need to feel like they will be heard concerning important issues but asking a child for permission to feed them vegetables is ridiculous.

Children need to understand three words from an early age and exactly why they are being used. Yes.. No.. and Maybe. ( besides I love you ,of course )
edit on 10-5-2018 by Sheye because: (no reason given)

The very idea of talking to your baby while you change their diapers (FYI: Aussie 'Nappy' = Yanks 'Diaper') is extraordinarily stupid, don't you think? Maybe we should send these filth making babies to doggie obedience school to learn some self-control. I mean what's next? Asking your cat if it wants to be fed, or your dog if it wants to go for a walk? This stuff is just too silly for words. I suppose you think the pre-Columbian American natives asked the buffalo for permission to kill them and then thanked them afterward (hint: they did!).

The baby talk example was pointing out that if you start out your life with your baby being respectful, you'll continue that respect throughout your and their lives. As Carson pointed out, "Of course the baby is not going to respond ‘yes mum, that’s awesome.". It was about establishing the personal habit of respect and gaining positive consent in all our relationships. It was about engaging you in an excellent behavior mechanism that can form into a lifetime habit - a habit that bears witness of respectful behavior that will pass on to your kids.

You mean Depend, right?
#Mandela Effect 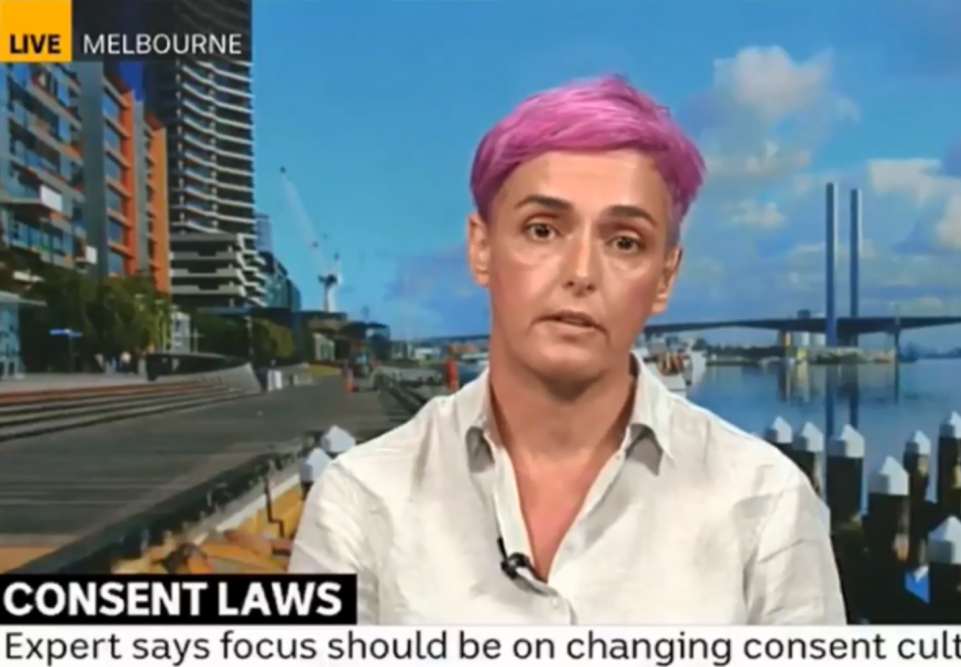 It was taken out of context and made fun of.

I will admit to that.

But the whole "culture of consent"?


I guess we can have a conversation about that. While aggressive intimidating behavior is unwarranted, much of this smacks of a PC culture where we'd all be "better off" bubble-wrapped and asking permission to fart.

That's a doofy haircut, pink or not, for a male or female.

posted on May, 10 2018 @ 11:13 PM
link
I recommend that every diaper changed with consent be sent to the expert as proof. In an amazing coincidence, the contents of the diapers also reflect what the world thinks of her theory..

Well - kids need to know about consent anyway. It's just the method of delivery.

The Bravehearts foundation goes around schools teaching personal safety in matters of a sexual nature. Which is an awkward topic for parents to be discussing with kids anyway.

I never asked my boy for consent to change his nappy or clean him in the bath or shower - I have though always told him what I was doing and why I was doing it (Buddy had for many years a strong aversion to water or shampoo on his head) and too bad it had to be done. 2 years ago I had to still watch him in the bath after he had a seizure in the bath tub. He keeps asking for the door to be shut because privacy but I can't do that so we've compromised. I do also give him a heads up when I'm coming to shampoo his hair so he can face in a different direction.

Same goes for dressing - he still requires my help dressing most of the time but doesn't want me to look, which is fair enough. I respect that.

So - the idea of changing the culture around consent in the home is an interesting one, but I would say it's more about how you go about doing so - and when children are actually able to grasp the very idea of consent - a toddler or infant certainly can't.

Edit to add: just remembered, sometimes when my son is flipping his lid he grabs and squeezes hard my lady lumps. That's not okay. He is told it's not okay. And after he's calmed down he's told it's not okay - that goes for all the times he's physically violent in any way. But when he goes to that place he can't logically think when he's in such a primal rage. Thankfully he's rarely physically violent this year so far.

I try to use the opportunity to explain why it's not okay and the consequences of such behaviour out there in the wide world.
edit on 10-5-2018 by auroraaus because: (no reason given)

I'm not taking parental advice from a smurf who's chosen a lifestyle which itself can't procreate.
edit on 10-5-2018 by MysticPearl because: (no reason given)

posted on May, 10 2018 @ 11:16 PM
link
Evidently that guy was traumatized by his parents when they wanted to change his diaper, twisting and fighting with them because he did not want to take the time to have it changed. I know babies that resist having their diaper changed. Those babies grow up to think their beliefs are more important than others beliefs.

Maybe someone should contact this guys parents and ask them if they had problems with the kid when he was in diapers. It should be required by whomever takes an interview for a job or government office position

Parents do not need the childs consent to change a diaper. That can be explained later on to a kid. Kids have to learn some things are important and have to be done when needed, not when they want it to be done. This structures the rest of their life so they can fit into society. You start this conditioning young otherwise it will never be done.


We should not impose labels on the child. Let the infant choose.