HS cheer team forced to accept everyone who tries

page: 1
17
<<   2  3 >>
log in
join
share:
trollz
+2 more
posted on May, 10 2018 @ 05:43 PM
link
As happens with any team sport, many people will try out for the team. Some will pass and be accepted, while others won't make the cut.
A New Jersey girl tried out for the cheer team at her high school and, like many other girls, wasn't accepted. Her mother, however, didn't find that acceptable... So she called the school and complained. Now the school is forcing the cheerleading team to accept every student who wants to join, regardless of ability, for the sake of being "inclusive". If they don't comply? Then the team is shut down and nobody gets to be on it.

officials threatened to scrap the 10-member squad altogether — telling parents and students that everyone makes the team, or nobody does

The school claims it wants to make cheerleading more “inclusive”

“I tried my hardest. Now everything is going away because of one child who did not make the team, and their parent complained.”
Source

The way kids are being "educated" in public schools and universities nowadays is going to cause an entire generation of people who are completely unable to deal with the average day to day psychological stressors of real life. We're already seeing it happen.
Didn't make the team? Tough ****, practice some more and come back next time. Maybe you'll improve yourself in the process.

posted on May, 10 2018 @ 05:50 PM
link
It is like people forget that not everyone is equal in most things or specifically competitions. Someone has to win and someone has to lose. Nope, here comes the current world where everyone should be included then people get confused when others cant cope with the pressure of the real world....

It's cheerleading, though. She may lack the ability to be part of the human pyramid or do cartwheels, but most high schools I've ever known accept any girl who wants to be on the cheer team... the ones unable to do the tricks are flag girls or pom pom wavers.

I'm torn here. On one hand, I think high school sports should accept anyone who wants to be on the team and hustles in paractices and games. That doesn't mean everybody gets to lineup and play on game days, however. My football team in high school always had a few guys on it that never saw a single minute of time in the actual game. They were playfully nicknamed "coach" by those of us in the game because they usually ended up as coaches assistants, water and towel boys, game footage recorders, etc.

If I was a HS coach, I'd rather have a kid with limited talent but full of drive and hustle to come to practice everyday and bust their ass despite knowing they'd never see game time or (in a cheerleader's case) be part of the A-team than see a kid with tons of talent who half asses their way through practices and knows they're place is secure because: raw talent.

So riddle me this? When someone that is not “cut out@ to be a cheerleader, and the inevitable injury occurs for one reason or another, who is on the hook for the lawsuit? Snapped femurs ain’t cheap!

What was that irregularity? I think we need more info before we knee-jerk and clutch pearls.

In that case, they may have changed policy because they have a potential discrimination lawsuit on their hands.
edit on 10-5-2018 by introvert because: (no reason given)

Just par for the course in our brave new inclusive world.

And they wonder why the majority of America cringes any time these issues come up.

It's OK... it has to all fall apart eventually.

Which I guess is just part of the plan... tear the country apart and then fundamentally transform it.

I wish they would hurry it up. See where it's going to go. I have a theory about that...

originally posted by: introvert
a reply to: trollz

What was that irregularity? I think we need more info before we knee-jerk and grasp pearls.

In that case, they may have changed policy because they have a potential discrimination lawsuit on their hands.


Agree, there is more to know about this story.

Of course. That is why we need specifics before we ramble on like ignorant fools about things we do not know everything about.

What if this is a case where one of the best people for the position did not make it because she had a face like a mule, or was overweight, or any number of other issues?

I think it would be wise to wait and see what comes of this.


Just imagine when this SJW attitude hits those going to school to be doctors! If it already hasn't?

posted on May, 10 2018 @ 06:17 PM
link
I know this high school well, that is a very small squad for the amount of students as this is a regional high school. I sense the rest of the story may make this into more of a clique thing than what's in the article.

That is what they just stopped.

Did you know that Michael Jordon was cut from the varsity basketball team? So he tried harder.


Not making the team makes you try harder

OK, growing isn't really trying harder BUT you better believe that Michael Jordon busted his ass after he got cut. I bet he played more basketball that year then he had ever played before. Because he wanted to be a part of the team. And he knew that if he wasn't good enough, he would get cut again.

Is this student's mom going to call every employer that doesn't hire their child? 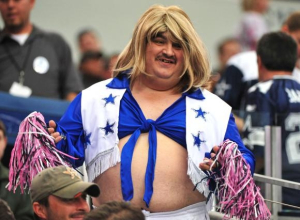 I was wondering the same thing.

posted on May, 10 2018 @ 06:57 PM
link
To me, this is a none story. What're the educational benefits of being a cheerleader anyway? The small amount of mainly female students serving as cheerleaders could be spending their time in more practical ways such as reading and doing homework. It doesn't take any skills to dance around in mini skirts.

I'd go on about how school sporting programs are a waste of time, money, and brain cells but that will be set aside for a rant one of these days.

If they have a competitive cheer squad?

I don't know ... I think if they do, then forcing everyone who wants to be to be given a spot is bad form.

Can't wait to see this hit football and basketball though.

Oh! You should totally be the top of the pyramid too!

No clue, I attended a HS where football was king and cheerleading squad was an afterthought. From where I stood, there were 5 girls who actually did the squad stuff like the pyramid and tossing each other in the air and another 8-10 who threw t-shirts at children, lead chants, and waved the flags around. As I said, it is already part of football assuming you recognize the difference between being on the team and being shirted up to actually see game time.