The name has always been a variation of CliffsNotes.

The name has never been Cliff Notes - as many of us know it was because we owned them..

I have never heard an Effected person claim to be special in any way - ever - and I follow the subject very closely.


These statements by Naysayers are in every Mandela Effect thread.


You know the difference between a flimsy memory and something you're sure of (knowledge).


Don't let them think for you.

It's good to know you called them Cliff Notes.

Yeah it's so odd to call it Cliff notes when it has an actual cliff on the front.

Oh, I see what you mean... Everyone ignores the GIANT BOLD BRAND NAME - preferring to interpret the pretty mountains instead.. all as "Cliff" oddly.

Ok man! See ya in the next thread!

Same as Half Mask - I got to see Half Mask when I was younger - and everyone I know calls it Half Mask. 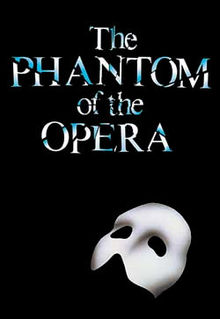 You interpret it as Half Mask too right?

We're all going to need to stay on the same page if we're to start calling things by the art on the cover - or things will be crazy like that album Prism With Colors On Black.


Just showing the error in your logic of 'pretty mountain interpretation' in a friendly way, no harm intended.

Not sure about the "working hard" bit but I like the way that you lump in people who disagree with you as being "them".

Other than that, yes, just about sums up "The Effected" and ME.

This # freaks me out, just like Berenstein Bears. It was Cliff notes, not the other way around. I heard this stuff started happening after 2012 and something happened and we are on another dimension. I am noticing a lot of little things that have changed, with movie lines and other little things.


Because I am 40 and they have always been CALLED Cliff Notes but they have always actually been Cliff's Notes. I remember thinking how funny it was they started putting a Cliff on the cover because everyone said the name wrong.

I'm not sure why some don't see it - some of the changes stand out big time, they'd have to see it. I think some folks aren't that observant, and some folks won't trust their knowledge when the alternative is a change to reality. That's understandable - the attitude is not.

It's possible they truly don't have the same history..

I'm looking into two theories now that don't involve merging timelines or dimensions (although quantum science proves those are valid as theories). I may make a thread on one of the 'non-dimensional' theories tomorrow.


It is freaky but it gets easier. There are tons of things that have changed; it's likely to continue (may eventually affect the currently uneffected). You've probably noticed synchronicities - things like 11:11 and 1:11 (repeating numbers when you look at the clock), etc. Most synchronicities only relate to the individual so I can't give more examples. Also, I've noticed people seem quicker to anger and the happenings of the world seem darker.

originally posted by: Pearj
It is freaky but it gets easier.

Yes. But i don't want you to lose your mind over some pop lyrics or movie quotes and the like. It can be disturbing, but in the end, it is not worth it. I am telling you because i almost lost my sanity when this ME thing popped up.

No affected persons I know are freaking out in ways they can't handle - you handled it - that may be different for Naysayers.


Do you think the Mandela Effect is real?

"Luke, I am your father" does not make sense in the context of the exchange between Luke and Vader. Luke tells Vader that Obi-wan told him that he (Vader) had killed his father to which Vader replies, correcting him, "No, I am your father".

Here is an article that explains how "famous quotes" from Star Wars, including this one, were never actually said:

Like everyone thinks Bogart said "Play it again, Sam" in Casablanca when he didn't. Things get misquoted in popular culture and become tropes.

Now, if anyone remembered something significant changing, like Germany winning WW2 or whatever things might be different.....
edit on 16-5-2018 by oldcarpy because: (no reason given)


You gotta get up to speed man.

No need to type in bold, I am not deaf.

I see that your mind is closed to reason.

Just because people don't feel the way you do doesn't mean their "minds are closed to reason".. So your the "Mind Judge" - and your mind is the standard to judge all other minds off of? I bet that's convenient.

It wouldn't be fair for me to say you are incapable of understanding complex thought would it?

You wouldn't like Albert - he looked way past the simplest explanation.

I've already looked into the simplest explanations and found them lacking for reason I've explained many times - bold isn't because you're deaf, it's because you weren't listening.

Funny... we both see each other as having closed minds.

I bet one of us is right.


Sometimes simple explanations are the right ones. You seem to wave them away because you and the "Effected" just "know" that they are right.

I set some out for you above but instead of entering into a rational debate about that you completely ignore what I actually said and instead make sarky comments about Einstein and accuse me of being "incapable of understanding complex thought".

On topic, do you have anything useful to say about the point I made about the "No, I am your father" thing? Rather than discussing me, which is against T& C's and is off topic?

I was responding to you discussing me - and wasn't insulting at all - stop with the games please.


I already responded to your Star Wars quote question:

You gotta get up to speed man.


That's a double-repeat on the same page even.

..I guess I don't know what you're missing, so you'll have to help me to help you.

Please return to the topic of the thread and not each other.

Discussing each other is OFF TOPIC. So stop it.

Either discuss the subject, or find a different thread that interests you.

No one is required to respond to anyone else within a thread. No one, who is NOT staff is allowed to dictate who can or can not respond in a thread. Harassing someone for a response will result in staff action.

originally posted by: Pearj
a reply to: Finspiracy
Do you think the Mandela Effect is real?