I was responding to someone in an abridged way, and was going to use the term Cliff Notes - when I remembered Cliff Notes don't exist any more.

Anyone else remember Cliff Notes from college?

Didn't you have a few on your desk - do you remember the cover?

They are now, and have always been: 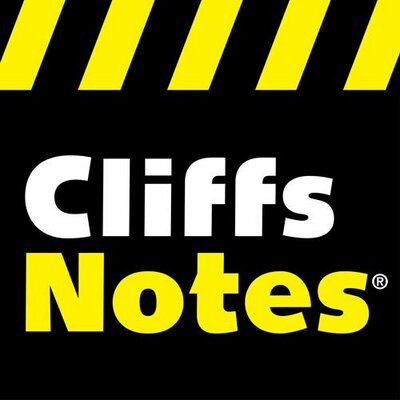 Doesn't matter if they're old: 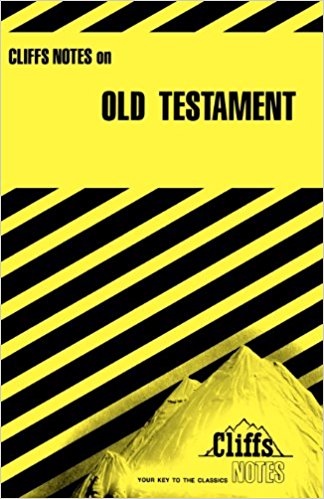 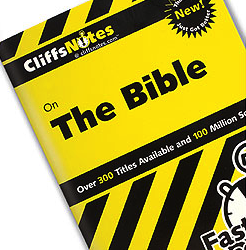 It's all of them: 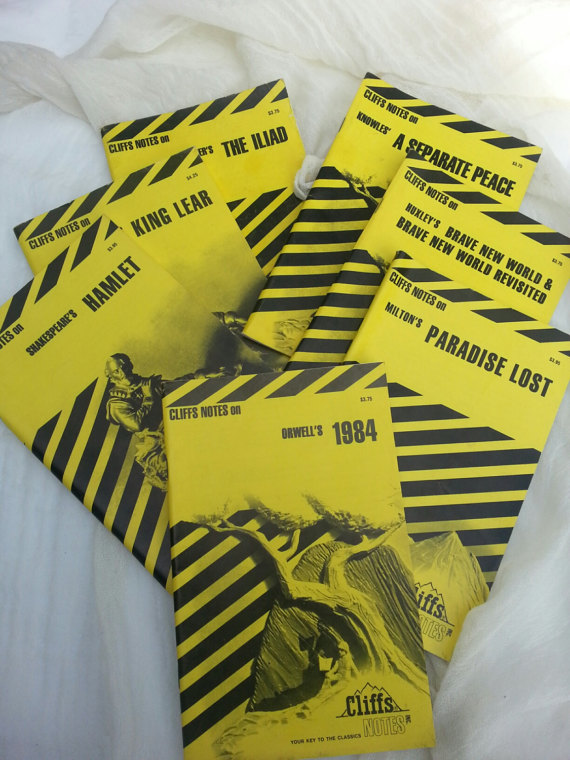 Do those look right to you?

I remember the cover saying "Cliff Notes" - not "Cliffs Notes" - and so do a whole lot of other people (this Mandela Effect has been around about a year).

In this example, we have writers for a show, the actor, and the closed caption all getting it wrong - all the while standing right next to a load of "Cliffs Notes"In my opinion those are professionals getting paid to be good at a job - I understand if you disagree.

..but that doesn't change how I know my Cliff Notes were - regardless of lexicon or colloquialism.

You might think "obviously they changed the name" - but they didn't, it's always been Cliffs Notes.


I don't know why this is happening.. ..I do know it's not memory. It could be a natural occurrence, a God thing, a CERN thing.. Parallel Universes merged.. We have to know it's happening before we can know why, and that's the stage we're in now.

We're getting to a place where we're going to need to have a friendly and real conversation about what's happening, and it goes far beyond 'memory'. There's too much that doesn't jive with our knowledge, the things we know (for info on how memory becomes knowledge, look up "learning"). For many of us the new versions stand out big time - we can't help but to want to talk to others about it. Even if you think a ton of people suddenly got stupid overnight - wouldn't you want to know why their so specific - why they all remember the same thing? This topic (in my opinion) is the most important series ever posted on ATS, and the most important thing to happen to humanity since Christ walked the Earth - and that's for real (I wouldn't say that lightly). I know time will make it evident to all at some point - but we can dig past the surface now.


So - Cliff Notes are now Cliffs Notes and always have been..

Does anyone else here specifically remember Cliff Notes?

I was a very lazy student, and used Cliff Notes extensively. Cliff... not Cliffs.

(There is another phenomena called the Modelo Effect, it involves beer and memory loss... pretty sure that isn't the case here...)

EDIT TO ADD: I asked my wife and her brother... they both remember Cliff Notes. In addition, Americans tend to run two word names together while speaking. The alternate spelling would have been pronounced as "Cliff snotes"... we never called them that, nor did our teachers... they were always called "Cliff Notes"
edit on 9-5-2018 by madmac5150 because: Mmmmmm.... cheese 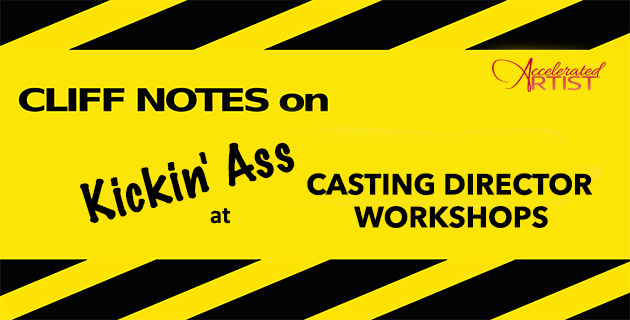 Same here - I knew I couldn't be the only lazy student when it came to lit. Great input either way, thank you!

Yeah - I saw that when I was doing research for this thread - I didn't include it because someone could say they were trying to avoid copyright or trademark infringement by using Cliff vs Cliffs.

Yet another thing that I've never heard of.

I obviously came from a reality where none of this existed until recently.

posted on May, 9 2018 @ 05:38 PM
link
Maybe it's just because cliff notes is easier to say than cliffs notes so that's how you remember it...saying cliff notes out loud is far more pleasant than cliffs notes. They both 'feel' correct to me if that makes sense.
edit on 9/5/2018 by dug88 because: (no reason given)

Dean Radin has a new book called "Real Magic" and this all might be as simple as magic is real, and consciousness is primary.

The sample chapters off Amazon describe a future where kids change reality as a lark, or graffiti, and from what I've pieced together about this "reality" we seemingly share, it may be an accurate diagnosis.

It would explain a whole mess of a lot.

In this case, I seem to remember a blur between Cliff and Cliffs from way back to my school days, but no matter which way is "correct," it's far, far better to read the darned book!!!
edit on 5/9/2018 by Baddogma because: auto correct is neither correct nor automatic

Yea, I found a couple of pics, but most say "cliffs notes". I don't remember it that way, and it doesn't sound right either.

originally posted by: Pearj
There's too much that doesn't jive with our knowledge

My mandela is diff from yours, but I remember them as Cliffs (or as my mind kept referring to them- Cliff's) Notes.

Now, a spin off question: What would cause people to forget, or have their memory altered en masse like this? What is going on?

I have thought that a lot!

Because mostly all the changed things are things that are iconic in pop-culture - a lot have a theme.. Star Wars (iconic line), StarTrek (gold bracelets on sleeves), Christopher Reeves (Superman, now Reeve).. ET (now 'ET home phone', no I'm not kidding), etc..

It's like these are the movies and TV shows the person making the changes is familiar with - they make changes but they aren't as good as the original..

If it's a person or persons - they are about our age.


Then again - the image software I use (Gimp) changed the gradient on the color picker - I use it all the time and have for a loooong time, and it changed over night - I contacted the developer, they said it's always been that way. We're Linux people - wouldn't be surprised if it was a Linux nerd.

Yet tonight - I was telling about a story about a Mexican place I used to tend bar, it had a really funny t-shirt, I went to look it up to show the wife - and the name has changed, that was 20 minutes ago. If it were a person - you wouldn't think they would of been a regular at that little Mexican place.

The title of an uncommon poetry book an actor friend gave me changed - it's not likely these person(s) would of heard of it.


The changes feel like they have a human touch to them regardless - so I share your observation.

Not for me, I speak jive.

originally posted by: wylekat
a reply to: Pearj
Now, a spin off question: What would cause people to forget, or have their memory altered en masse like this? What is going on?

Check out your avatar image. It's possible - could be anything.

Whatever the source - the method must be fantastic.. beyond words amazing.

That's absolutely happened to us - and it's a very weird feeling.

Oddly it's only a few things, not all Effects.

There's been a few other members here that have said they've felt that too - I remember SeaWorthy saying he or she had felt that - and I've seen several ME videos from different people where they've expressed that same thing..

It's hard to explain the feeling.


It's very interesting we all have that in common.


edit on 9-5-2018 by Pearj because: of a young man from Belgrave, who found a dead whore in a cave. It must have been nice, he should of gone twice - and think of the money he saved

originally posted by: Privy_Princess
What if the Mandela Effect is intentional?


chic-fil-a is the one that made me believe more than the rest. A friend and I, in high school would always make the stupid joke and call it "chic" filet. Pronounced "sheek" deliberately as if they meant that word to be chic. There's no reason at all to do that if it was chick fil a.

originally posted by: Privy_Princess
Cliff Notes, Berenstein bears, the Shazam! movie, "Luke, I am your father", "Life IS like a box of chocolates", Depends diapers, Chic-Fil-A, and the plethora of other derps have been INTENTIONALLY mis-coded into this reality.

While i believe Mandela effect is a real thing, i have to correct you on the "Luke, i am your father" thing. It is about marketing. The original movie line always was "No, i am your father" But that in a t-shirt? bumper sticker? No context, no sense.