No denying-this looks bad. But open your eyes-politics has always been pay for play. Trump was/is a big financial global financier. He is prime for pickings. We average folks can't contemplate the number of players he is in constant deals with-and that goes for his friends and cronies. Money always talks.

But, hey, as many have said-what about the Clintons, Obamas, Bushes etc? Why weren't their lawyers raided and exposed?
Because they did as they were told and didn't tweet every stupid opinion and pick fights with Rosie, Omarosa, Stormi, etc.

Trump's nom de plume is "I do it my way." It's his major fault-it may be the final nail. Stupid.

originally posted by: CB328
Trump should be impeached for this, but the traitorous GOP will just ignore it I'm sure.

But Trump didn't do anything.

- Avenatti released information gained through illegal means regarding a private citizen of our nation (until we know where it came from, its only reasonable to assume it was obtained illegally, or via some illegal action)

No idea but the NYT and possibly other media outlets have records. Discovery hasn't happened in the Stormy v Donny case so it doesn't sound like they could have come from there. If all the records are from the same bank, it could be from the bank but it appears to be from multiple banks. It could be from the FBI's NY office. From what's being reported about when Mueller's team contacted these companies, they were investigating this six months ago and given that not a peep has leaked out until yesterday, I think it's reasonable to say that Mr. Mueller is running a tight ship. Another possibility is they were leaked out of the Treasury Department's FinCEN division.

We'd probably have a better idea if we had images of to documents themselves.

Avenatti isn't wet behind the ears no out of his depth, he's been lead attorney in some big civil suits. I can only imagine he has some idea what he's doing. He also seems to be doing a good job of out Trumping Trump and Cohen. (or really out "Cohning" them).

- Avenatti made claims about people who are wholly unrelated to President Trump, exposing their financial records while exposing those of Trumps attorney

Yes and he provided some details that could potentially be used to identify those people by people who know them. The banks are in Canada and Israel. I'm not sure how that works for filing but I suppose they could file suit against him.

Not sure "obstruction" would be applicable in this circumstance. I heard earlier that Cohen's attorney filed a motion with the court in the civil case. I can't find a source for it but apparently they want the judge to force his replacement as Daniels's attorney.

I doubt that the mistaken Michaels are going to have much grounds for slander in the case. And I don't see how Cohen will either. What's exactly would his case be? That Avenatti was only correct for transactions for 99.99% of the money? I don't think Cohen will be suing anyone anytime soon but I guess we'll see.

This all seems to make the rest of his claims, true or not, only meaningful as gossip. He has an active case currently, and has chosen to make his case in public. Does this seem like the action of a rational person in complete control of his faculties, as well as the case he is representing? Does it seem like this action is in the best interest of Stormy Daniels? Who is actually paying this guy, anyway?

I think you're looking at this wrong. Daniels is suing Trump and Cohen over the legality of the agreement she signed and Trump separately for his "con job" tweet. I don't think this hurts her case at all and more importantly, it could all just be a very public campaign to pressure them into a lucrative settlement. I bet as of today, Trump would throw more than a few million at at Stormy (and Avenatti will get his third or more) just to shut up and go away.

Avenatti has handled big cases but he's relatively unknown except for limited coverage of a few of those cases. Nothing that would cause the average American to know his name. He's really upped his profile. Like I've said, he's got things in common with Trump, including this flair for showmanship and taken to the media to beat up his opponent. By that measure, he's kicking all sorts of ass.

Whether he's put himself or career in legal jeopardy with this particular stunt, I don't honestly don't know.

posted on May, 9 2018 @ 07:36 PM
link
They got caught buying influence from a corrupt president selling it through Cohen.

Trump, who of course was lying as usual, when he promised his brainwashed followers that he would rid Washington of the swamp, has made the swamp uniquely rancid.

This is worse than Nixon, at least he didn't cavort with our foreign enemies.

Now we know Trump’s trepidation and desperation and fear of this investigation.

Not only would they expose this crooked cheap politician but the investigations would stop the money going to Cohen. Imagine if these investigations didn’t happen; Cohen would likely have a billion in this slush fund and he would find some way to get that to Trump

AD you did it again.
You deserve an ATS Pulitzer prize!

originally posted by: Grambler
a reply to: Willtell

And yet I don’t recall you and many others demanding investigations
edit on 9-5-2018 by Grambler because: (no reason given)


originally posted by: BlueJacket
a reply to: theantediluvian

you mean the bombshell that turned out not to be accurate?

No, I think you're referring to the MSNBC reporting about a wiretap which has nothing to do with this (or Avenatti). The information that Avenatti released yesterday has since been confirmed by all parties except Cohen.

Actually I think he is talking about him accusing the wrong Michael Cohen....

Pretty dumb all the way around if you ask me...And this guy passed the bar?!?!?

I might call him for a slip and fall.

I despise Hillary Clinton but not for the standard political corruption of this kind of stuff.

This is just pointing out to the Trump idolaters that he’s just a standard pedestrian corrupt crook just like crooked Hillary.

Of course it is.This was after he was elected so it's not campaign contributions, it's bribery.

By the way, if taxes were so high and unbearable for businesses under Obama, then why did they have no problems throwing money around like this?


But they gave money to the foundation, not her!!

So it's different! lol. DIFFERENT!!

While she was SoS. 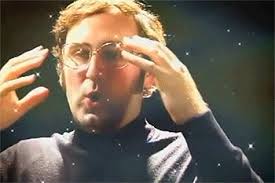 According to Charity Navigator, 86.9% of the money taken in goes to, "Program Expenses (Percent of the charity's total expenses spent on the programs
and services it delivers)." It's pretty damn close to the reverse of the stat you made up on the fly to bolster your Galaxy Brain super take.

Here's something to help you understand why you're wrong and how a bunch of lying right-wing pundits and politicians misled you.

One of the fundamental points that many of the current crop of Clinton CTs rely on heavily is that money to the CF is effectively the same thing as money to the Clintons.

Yet there's been no proof that the Clintons ever used money from the CF to buy a home, a plane, a car, a portrait of themselves to hang in their golf course's club house, to pay a personal debt, a fine, or anything else. The best that's come up was a meme about a Chelsea's wedding that was started by WikiLeaks deceptively hyping the Podesta release with an out of context line from an email.

That's not to say that the Clintons don't benefit from running their foundation. It's clearly a source of influence and a perfect reason to hold various gatherings where the financial and political elite can meet. But that's not illegal nor is it particularly unethical compared to every other club, organization, campaign dinner, inauguration dinner or anything else where this demographic rubs elbows.

But by all means, if there's some credible evidence that the Clinton's are lining their pockets from the CF, it *should* be investigated (again).


originally posted by: Phage
a reply to: GuidedKill

Yeah, a couple of small transfers seem to be to another Michael Cohen. Does that make the confirmed payments incorrect?

It sure doesn't help him or his documents credibility does it??

Well not unless you're with her then it's the "smoking gun" right?


So what you're saying is "blah blah blah, I don't care if Cohen/Trump raped women or stole a billion dollars or sold the country to Russia or whatever, Hillary did something bad once and that's all that matters to me, MAGA!"


I'm saying show me proof of the rape, theft and sale of the country....Because the person you mentioned Clintons) have been connected with evidence of everything you just listed.

So show me the proof or stop crying about it being her turn.


You first. At this rate, its far more likely Mueller is going to make you eat crow than you are going to be able to dredge up anything non InfoWars related....

I don't think there is any crow left. You chaps have had it all since Nov 8th 2016. I think it must affect the mind in some way, given the persistence to keep losing time after time with every new claim being dashed. Must be some kind of losers addiction. I think that is why Trump supporters just don't understand you, they've got too used to winning.

Once again, petty insults is the best you can muster. If you call that winning then I've got a bridge to sell you.