originally posted by: Asktheanimals
a reply to: Phage

IAEA inspectors have daily access. 'Since Implementation Day, the Agency has been verifying and monitoring the
implementation by Iran of its nuclear-related commitments under the JCPOA.' www.undocs.org... March 2018.

originally posted by: Phage
a reply to: carewemust
Except that US sanctions will be reinstated.


Yes, that's how you twist another country's head in the direction you demand they go in from a position of strength. The US has no reason to appease Iran on this.

Except that the credibility of the US in international relations has been decimated.


Zero harm done aside from ruffling the feathers of a few million excitable drama queens.

posted on May, 9 2018 @ 12:42 PM
link
I hear there are calls for Former Secretary of State John Kerry to be arrested for violating the Hatch Act. He's trying to cut a side deal with Iran's leaders.

What kind of side deal can a private citizen make with that terrorist regime? Sounds criminal.


So do I, quite a shame that this UNSIGNED BY IRAN, non-treaty by US law, little more than a community agreement between an individual who now has not one iota of authority or power and Iran document didn't have a single goddamned tooth in it's head to actually prevent Iranian nuclear proliferation.

The Obama administration has disclosed to Congress that this summer's controversial nuclear arms agreement with Iran was never signed and is not legally binding, according to a new report this week.

The State Department made the disclosures in a letter to Kansas congressman Mike Pompeo, a Republican, who had written the department to inquire why the agreement as submitted to Congress in July did not bear the signature of Iranian President Hassan Rouhani.

'The Joint Comprehensive Plan of Action (JCPOA) is not a treaty or an executive agreement, and is not a signed document,' Julia Frifield, an assistant secretary for legislative affairs wrote Pompeo last Thursday.

Hmm, are we really so flipping naive that we're going to weep for the abandonment of an unsigned, nonbinding, not ratified, handshake deal between two world leaders in front of an audience of smiling morons representing a handful of interested nations? If so, someone resurrect PT Barnum because the man would pass Bezos in net worth inside of a year in this country today.

originally posted by: mightmight
a reply to: bastion
IAEA has no access to Iranian military research sites.


They're false/misleading claims from Trump. The article goes into it in detail.

The IAEA have had access to Parachin every year, they concluded the investigation last year and submitted no request to inspect this year, hence no inspection. There was no attempt to deny access to the IAEA, declaration by Iran was they can inspect, just not the US over fears it'd be abused for general military spying (as per agreement) .
edit on 9-5-2018 by bastion because: (no reason given)

Legacy the Iranians kidnapped 9 of our sailors then demanded ransom just like Barbary coast pirates used to do. That money Obumo gave them was was supposed money we owed them but in reality was just a ransom what that moron should have done was send in a seal team or delta force to rescue our personally on the down low instead of saying hey you steal our people we will make you rich.

Meh. It was in place and even IDF Generals said it stopped the inevitable for 10-15 years.

We already know what they will do when it's over. 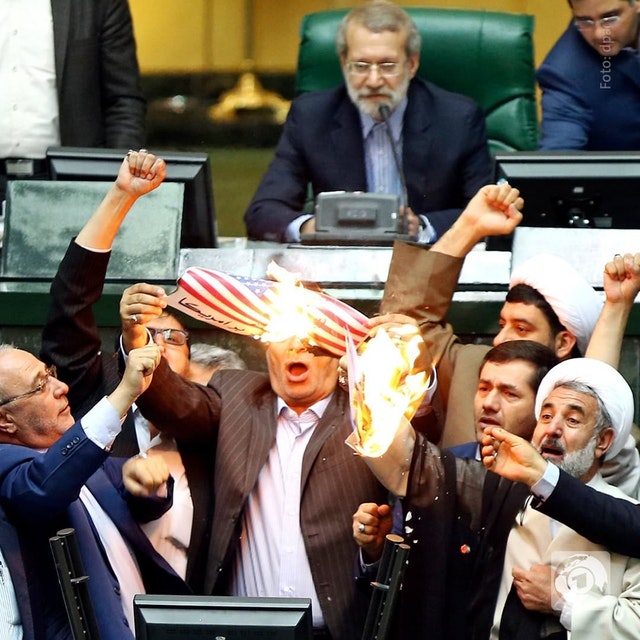