page: 1
39
<<   2 >>
log in
join
share:
wildespace
+14 more
posted on May, 8 2018 @ 09:54 AM
link
Over the past decades, NASA had sent dozens of spacecraft to study the Solar System and its planets, and you'd think we have seen everything there was to be seen from those missions, including all the images. Occasionally, though, some of the original spacecraft data is brought up to light using modern reprocessing techniques, to be seen for the first time in its full glory.

One guy came across an old (1978) book with Viking Orbiter images of Mars, many of which were black&white, grainy, and oversaturated. He then accessed the raw data archived by NASA, and started working on it to bring it into the digital age.

Viking Orbiter images from the 1970s and 1980s have been recently reprocessed to reveal their unique and beautiful perspectives on the planet: planetary.org...

These amazing new Mars images have been hidden in Viking orbiter data for 40 years. 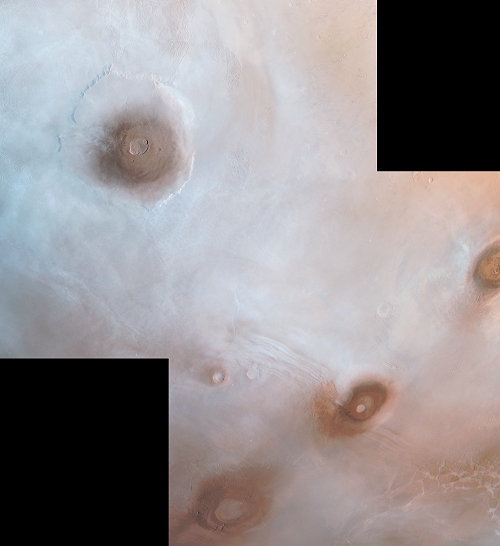 Viking Orbiter view of the northwestern Tharsis plateau, with the three Tharsis Montes at bottom left (from top to bottom: Ascraeus Mons, Pavonis Mons, and Arsia Mons) and Olympus Mons at top right. The mountains are shrouded in the aphelion cloud belt, a thin layer of water ice crystals that form over the Tharsis Plateau when Mars is furthest from the Sun. 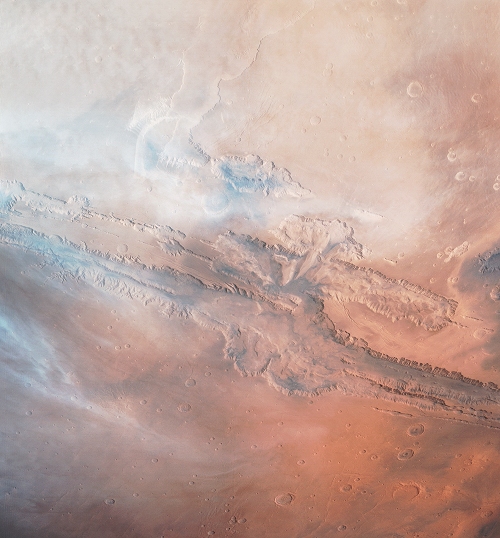 Color image of a cloudy afternoon over the Valles Marineris canyon system, taken by Viking Orbiter 1 during its 701st orbit of Mars, on September 29, 1979.

Viking image mosaic of the beginnings of the 1977 Mars global dust storm. In this mosaic, a regional dust storm is sweeping south off the Thaumasia Plateau. 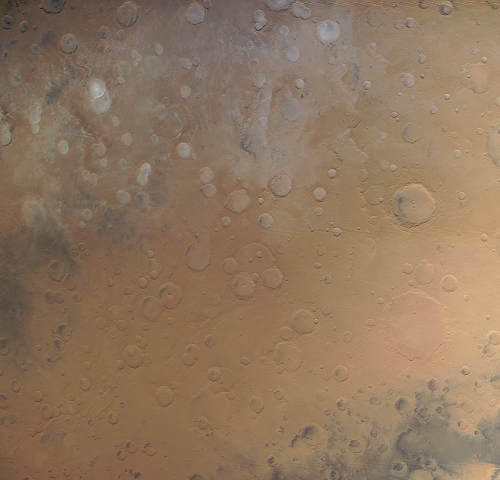 This image of Mars is a 4-frame color mosaic taken by Viking Orbiter 1. This mosaic covers some of the oldest terrain on the Martian surface, eastern Noachis Terra.

Make sure to check out the article linked here for more images, descriptions, and links to full-sized images at Flickr. The full-sized version of Valles Marineris image is gorgeous.
edit on 8-5-2018 by wildespace because: (no reason given)

Wow those are breathtaking photos! Great find you

In the ultimate irony the flat earth people were asked by Elon musk where the flat mars society was at. The flat earth group responded by saying Mars is a sphere because science has proven it.

So in their mind just the Earth is flat. Everything else is round/sphere.

Cool pics op. Thanks for sharing.

Elon Musk on Twitter: "Why is there no Flat Mars Society!?"


Yes, and the Flat Earth Society has members all around the globe, too!

These images are precious

At work, but can't wait to blow em up on PC, thanks for sharing OP

Wow. This guy did an amazing job. Breath taking beauty. 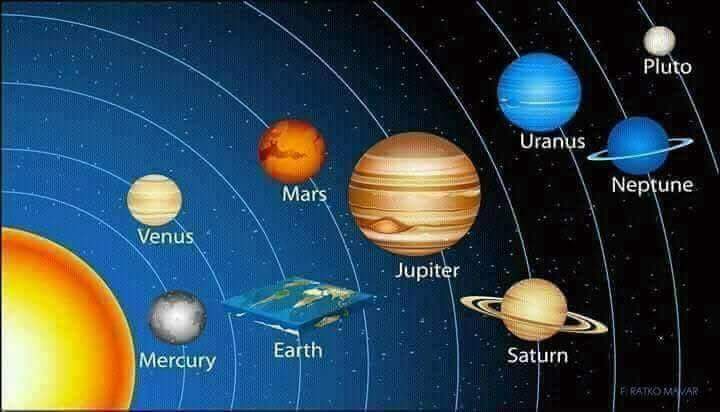 
Because gravity holds the water from falling off the 90° walls

Not gonna lie, was scrolling down slowly and the top of that first one made me go "nipple?" Great pictures though, love when this stuff shows up.


What inaccurate trash. How can ATS allow the posting of something so blatantly false, even in jest; Pluto isn’t a planet

posted on May, 8 2018 @ 04:50 PM
link
Is it just me or does anyone else notice the 2nd photo from center up looks like dried up river tributaries that once filled a lake ?
I guess it "was just my imagination , running away with me"

What inaccurate trash. How can ATS allow the posting of something so blatantly false, even in jest; Pluto isn’t a planet

I am stubbornly one of those Pluto Is A Planet people.

I do enjoy arguing with my 8 yo about it. Good exercise for him in logic and reasoning.

originally posted by: humanoidlord
frankly this is a bit odd, the resolution is too good for the time they were taken


Most of those images are mosaics, consisting of multiple frames stitched together.

originally posted by: Gothmog
Is it just me or does anyone else notice the 2nd photo from center up looks like dried up river tributaries that once filled a lake ?
I guess it "was just my imagination , running away with me"

Valles Marineris is, indeed, thought to have been carved out by water. www.space.com...

Here's a couple of the images, for example: 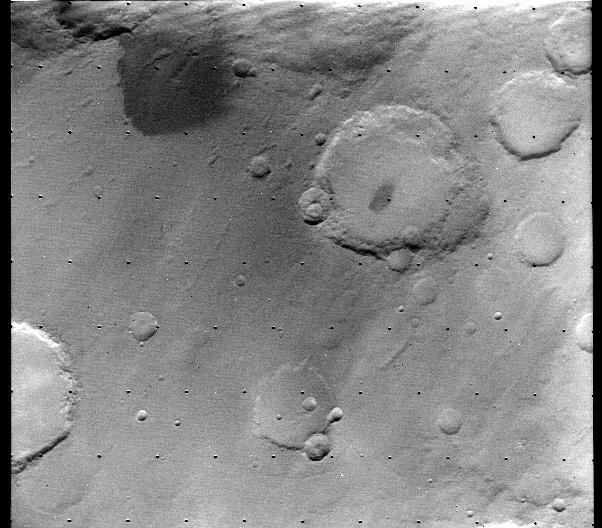 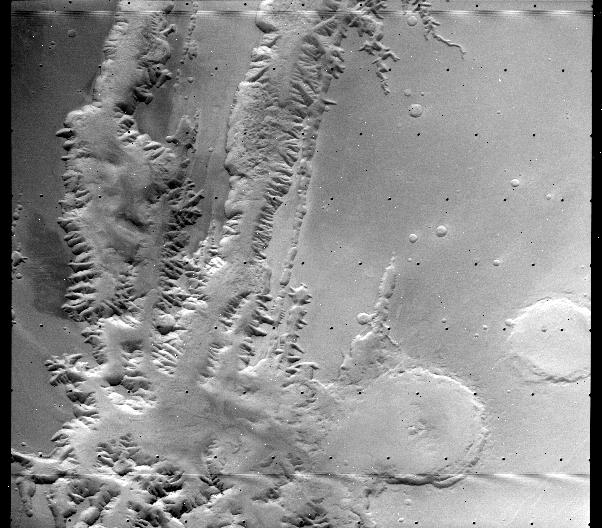 My attempt at making a colour image from this frame: 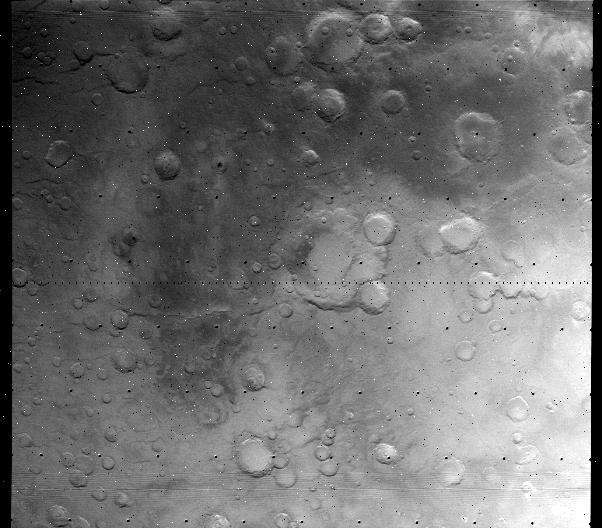 Only resulted in this, after realigning the frames, balancing the colours, and removing the dots: 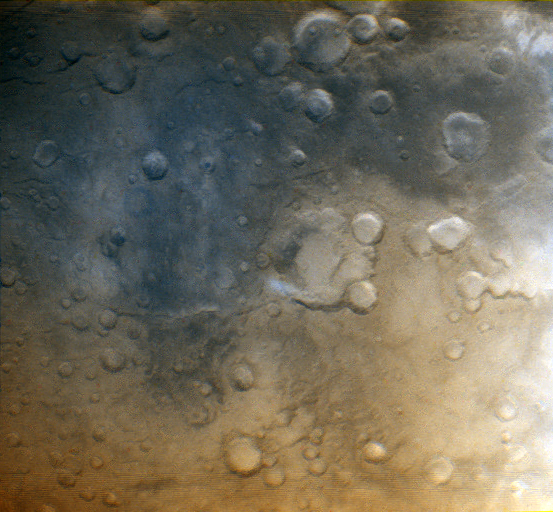 posted on May, 9 2018 @ 05:20 PM
link
I find it very interesting the dense cloud covered images as a lot of 70's - 80's of Mars narrative was a dead world without much of an atmosphere. This stunner Deuteronilus Mensae or this one in Tharsis Montes would have been a shocker in 1976, actually they are very amazing and a bit shocking today...just sayin