McDonald's Fan Just Ate His 30,000th Big Mac. The Math Shows Just How Staggering That Is

posted on May, 6 2018 @ 03:10 PM
link
As some of you may already know, I don't consume animal products except when I accidentally swallow flies or other insects (yum). But, this isn't about me, it's about Don Gorske, a Wisconsin man with OCD & a great memory who just consumed is thirty-thousandth McDonald's Big Mac. I was inspired to post this because of another thread created by CornishCeltGuy: HERE


I'll bet you can guess where Don Gorske celebrates his birthdays. He celebrated another, more unique milestone yesterday, when he ate his 30,000th Big Mac at a McDonald's in Fond Du Lac, Wisconsin, which happens to be the same McDonald's he visited when he ate his first Big Mac back in 1972. I suspect that means he's been McDonald's most loyal customer since well before at least half of the people who read this article were born. Heck, even the guy who invented Big Macs, and who died recently at age 98, said he only ate one a week.


But it's an absurd number of Big Macs. To start with, eating 30,000 over 46 years would require eating 652 per year. And that in turn would work out to consuming 1.786 Big Macs every single day since the Nixon administration. Indeed, Gorske reports that there have only been eight days during which he didn't eat a Big Mac that entire time: once because an intense snowstorm stopped him from reaching McDonald's, for example, and once on the day in 1988 when his mother died. Also, given that each Big Mac has two 1.6-ounce beef patties,it means Gorske has eaten more than 6,000 pounds of beef, which might work out to (and this is the most grotesque thing I've ever calculated for an Inc.com article), about 10 cows. 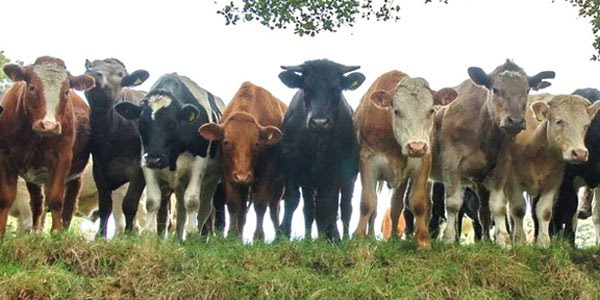 10 cows don't sound that much, it shows that big macs must be mostly saw dust, I feel like I need one now 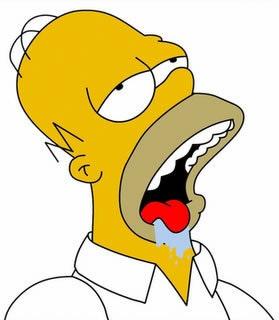 I was about to say congratulations Mr. President and then I saw it was actually Don Gorske.

As an aside, I haven't seen one of those Tupperware bowl haircuts in a looong time.
edit on 6-5-2018 by lakenheath24 because: (no reason given)

posted on May, 6 2018 @ 03:45 PM
link
Damn, a Big Mac sounds good right about now, but I've got a porterhouse I need to grill up tonight. Guess I'll just have to force myself & the kids to eat that bad boy instead

Big Mac really does sound good, though. Maybe later this week.
edit on 5/6/2018 by Nyiah because: (no reason given)

originally posted by: trollz
How is this guy even alive right now?

Looks like he just eats the bun, salad, burger beef and not the melted cheese or French fries. The last two are the real artery busters.

I once ate a 10 decker burger at a place called Three Lions Bar in Trondheim, during the world football match. Took photographs of the menu as a souveneir. Got a craving for Norwegian energy bread and pizza just now. Loved that bread - would keep me going non-stop for days especially when my apartment was 30C and there wasn't any night time

Don Gorske does not look as I pictured him in my mind.. thought he'd be rather obese.
But considering it's only 1-2 per day, in a colder region of the U.S.. he can burn those calories faster.

Not to here. But this it a receipt from one visit to McDonald's that I took a pic of. 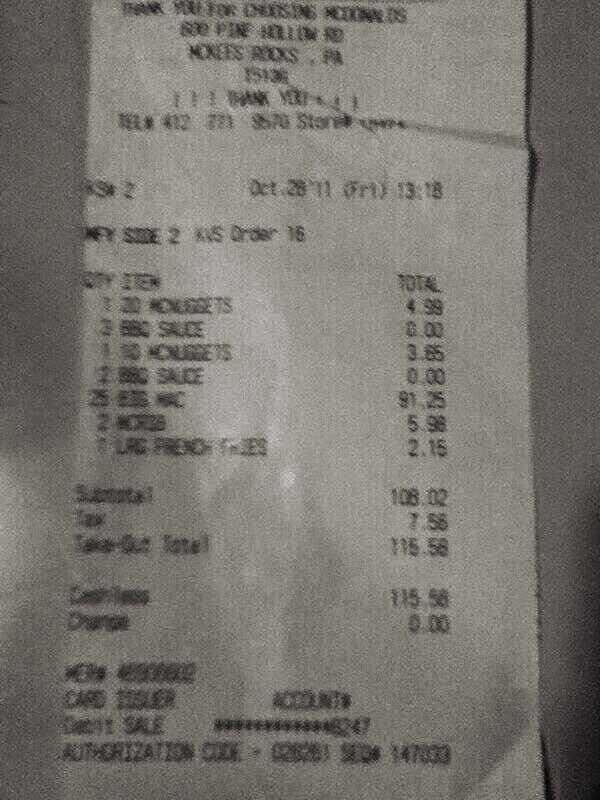 I think I grabbed a diet coke too.

Dude is going to have a heart attack.

I have a hard time believing a person could eat that many and remain at his body weight. Seems kind of fishy

posted on May, 6 2018 @ 06:01 PM
link
I just don't get it. I love a good burger, but most fast food burgers are okay at best, and usually full of weird additives or even fake meat. Second, there are scores of places with far far better burgers than McDonald's. Why do people become loyal to lower quality? Unless I'm in a pinch or on the road, if I'm going to get something unhealthy like pizza or burgers I'm going to get something quality.
a reply to: seattlerat

originally posted by: Metallicus
a reply to: seattlerat

Oh, please. He's been eating Bic Macs since 1972. He had to have been about 18 at the time based on his Vietnam story, so that makes him approximately 65 today. He's not the least bit obese. He may have clogged arteries, or maybe not. He does not look unhealthy. Yet you feel compelled to call him "stupid." Why? You don't approve of his eating habits? Who put you in charge? I personally don't like Big Macs. If I'm going to eat a burger, I'll take a Whopper Jr, or a plain old McDonald's burger. If he wants to eat Big Macs, it's not for me to judge. What is STUPID is this obsession with of McDonald's hatred for no good reason.


originally posted by: Metallicus
a reply to: seattlerat

This proving his point many times over. You take yourself and your movement way too seriously.

People can do stupid things without being stupid.

Eating 2 Big Macs a day is stupid. You are free to disagree as I am to have and share my opinion. This probably is not the correct thread for a debate otherwise I could quite easily back my opinion up with horrific facts.