McCain wants Obama to give his eulogy.

originally posted by: SKEPTEK
I'd actually prefer McCain giving Obama's eulogy this week or next.

Or they both give Hillary's and then keel off into the grave for a nice topping of flowers and grave dirt....

Things to think and smile about while sipping a cup of Earl Grey.... with a touch of apricot brandy.

Provided his teleprompter doesn't break down.

Of course I have no doubt that Obama would use such an opportunity to attack Trump/GOP and set up his usual strawman rhetoric for the media to salivate over.
edit on 6-5-2018 by Teikiatsu because: (no reason given)

posted on May, 6 2018 @ 11:04 PM
link
Sad to see someone edge close to the grave, and instead of humble reckoning for oneself, instead lash out with a pompous condemnation of another, who did them no harm. To believe oneself superior enough, and arrogance in abundance, to announce publicly who will be excluded from their own funeral in advance, and spoken to embarrass the president of the USA..

What an embarrassing epitaph.
edit on 6-5-2018 by NoCorruptionAllowed because: (no reason given)

You and I agree again. I don't attend funerals anymore-be it family or friend. It's so pagan and morbid to me and just adds to the misery of family and friends.

McCain should be able to have as big and fancy a funeral as he wants-he always loved being called a war hero-although that is debatable. 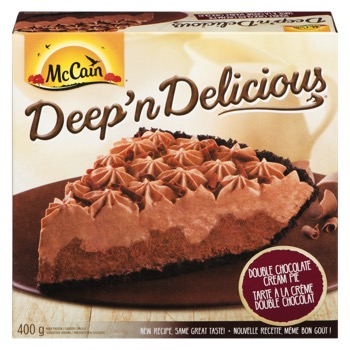 "And then there was none!"


McCain saved ObamaCare. Maybe McCain wants Obama to thank him at his funeral?

originally posted by: Lucidparadox
This is an awesome thing.


Those are really nice sentiments, but they don't actually apply to those two. What does apply to them are that they colluded with each other in back door secrecy to use each other for political self prostitution, including graft and kickbacks and favors. And ramming through unsavory legislation behind the backs of Americans.

originally posted by: shooterbrody
I figured he would ask the beach boys to sing his eulogy.

Yes he could ask them ...and it's possible that perhaps O'bama may now see the fun side of McCain's ditty and even clap hands and sway his lanky frame giving the song a kind of gospel edge. There would be crying in the aisles. mmmmm, oh yay

posted on May, 7 2018 @ 05:02 AM
link
I suspect the funeral will be politicised.. would not surprise me to see cameras and MSM coverage.

posted on May, 7 2018 @ 05:02 AM
link
a reply to: MRinder
Christ u ppl!! maybe because ,regardless of his political disagreement he really likes the guy and found in him an eloquent speaker??..BTW why hatin on McCain, whatever happened to freethinker. and if he had asked Trump he'd spent no more than 1 sec about the old dead guy, the rest would be about his winning the unpopular vote, then crooked Hilary and no collusion.. MAGa..
edit on 7-5-2018 by Spider879 because: (no reason given)

Not to mention, it's his funeral. He can invite or refuse to invite whoever he wants to it. There are a lot of people that I wouldn't want to come to my wedding, funeral, house, or near me in life in the first place. And if I'm feuding/beefin with someone the way McCain and Trump are, I wouldn't want those people coming either.

Also, the OP didn't even add a link, which is notable because if he/she did, it would say that McCain invited Bush and Obama to give eulogies at his funeral.


But its sad to make a deathbed request banning someone from your funeral. I dont want Trump at my funeral. But i aint banning him or dying.

Well DJT wasn't exactly kind to the old man in life, calling him a loser for getting captured, while "his" claim to fame during that era was dodging the clap and managing difficulties like bone spurs..
edit on 7-5-2018 by Spider879 because: (no reason given)

WOW! You are a terrible person. Politics don't matter on your deathbed... Don't you have people in your life that have differing politics as you but are still friends or family? I know I do, and I wouldn't be so petty to exclude them from my funeral because they batted for a different partisan team than me in my life.


I understand, but you wouldn't crap on those who did.

How is that "sad"? Who invites their enemies to their funerals? If you didn't give a crap about me while I'm still alive, then pretend to care about me in my death on your own time. If you oppose everything I care about while I'm alive, then don't show up at my funeral because you wouldn't be welcome. Funerals should be for friends, family, allies, supporters, etc. If a person decides that they want a respected rival to come, then that should be their call. But if that person also decides that certain people shouldn't be allowed to come, it's also their call.

If people want to be close, then they should prove that through their actions. But if you mock me, disrespect me, and oppose me throughout my life, then there's no way you're coming anywhere close to my funeral.
edit on 7-5-2018 by enlightenedservant because: (no reason given)

I'm not sure I really care who shows up at my funeral and who doesn't.

I'll be too busy being DEAD at the time!

(I just hope Hillary doesn't show up because she'll probably pull some creepy voodoo - sorceress crap and make me into some un-dead zombie or somethin'!)

ETA...In fact, I'm not sure I even want anyone to speak at my funeral. Just dump my S# into a #10 coffee can and pour the ashes out over some mountain range in Alaska. Oh, and then take all the money you saved and go have an awesome breakfast at Gwennie's in Anchorage. That place rocks!! (Don't forget to get the reindeer sausage either!)