I remember it well. I was driving a fabulous Thunderbird that I'd stolen from a downtown Vancouver rental agency, one night. Plus, I had a pocketful of cash that I'd burgled earlier from one of those swank, hi-rise hotels. Where all the rich people stay.


And I was off to Calgary. Why Calgary? Why not? Weren't there hotels in Calgary? In fact, weren't there hotels everywhere? Then money's no object, so let's go. Need a car? Take it. What kind of car? It'll be a surprise, like a gleaming present from daddy on Christmas morning.


And so it was that in the wee hours of a clear Rocky Mountain night, my loyal, hot T-Bird and I were soaring downhill towards the last stretch of flatland 401 (Canada's Trans-Continental highway) before hittin' the very, very pleasing City of Calgary.


Except I hit something before that.


Or so I thought.


"What the hell?" Did I just run over a moose head, or something?


It's pretty typical, in such supernatural events, like fatal car accidents: Assuming things which are totally outlandish. The mind 'covers' the real event with some sort of vivid distraction ---- in this case, the kooky notion that I'd run over a disembodied mooses's head with huge, 12-point antlers, of all things.


I still think I hit an over-antlered moose's head (which I cannot recall seeing lying on the road, by the way). To this day...though there was no blood (I stopped the car to look, but I saw nothing unusual)...I'm absolutely certain that the car hit and got hung up bad enough to stop me...on a bloody mooses head.


But anyway, there was no damage of any kind, so I merely jumped back in and resumed driving.


Whereas ... Whereas in fact, I had just 'died' in what must've been one helluva highway car accident.


Am I making any sense to you? Some people just can't compute this kind of stuff. The stolen Thunderbird that I'd hopped back into was now a phantom Thunderbird.


And I had become a phantom, too.


Had there been witnesses, they would've pulled over to try and rescue any survivors from the shattered wreckage. But I---(because I was supernaturally removed from the tragedy)---I merely would've driven on, oblivious. As I did. Nobody'd be able to see me anymore, but I'd still be able to see them. I'd still see everything...in my temporary new duplicate world where no one except me really exists, that is.


Are you understanding any of this? I didn't understand it, back then.


No, I knew none of this back then. But the Light has told me, since. Back then, I was all booze, smokes, coffee, lights and action. But what I find remarkable now, looking back, is how EXACTLY LIKE ME that I felt, even though I was technically dead. It was amazing: No difference, whatsoever.


And if you've ever wondered how long it takes to 'reincarnate', or return to The Land Of The Living after you die (depending on your circumstances), read on.


It was dark, when I'd hefted that steel tire rim and hurled it through the plate glass window, back at that Vancouver car rental storefront. The sun could not've been down long, though, when I popped through that jagged glass hole to get those fabulous T-Bird keys. The point is, however, that I'd already been up and awake for awhile, by that time. And no doubt I had then driven all night, to get to the other side of the Rockies so fast.


I would've been pretty tired, wouldn't I have been? And exhausted after all that criminal adrenaline, to boot, back in The Big Top (my pet name for circus-like Vancouver).


So... If I crashed and 'died' in the Rockies, I must have fallen asleep at the wheel. And back then I needed to do at least 70 MPH on the highway at all times. And so falling asleep behind the wheel at that speed would certainly've been fatal.


So there's me, all dead and stuff after a fatal accident I never noticed... Streakin' down the 401 and not giving the moose head incident a second thought. When all of a sudden: "What the-!" A little light, off to my left. "God damage!" Tracking me. Maybe a mile away and tracking me. It was below the horizon-line that the distant tall hills made; I could see it against the hills, so I knew it wasn't a star. "Oh no!" Oh, no, I thought: Frickin UFO's!


Oh, great, aw jeez, UFO's! I was terrified of them because this wasn't my first contact with the little buggers. I hated and feared them above any other threat I knew.


Well? I didn't know nuthin, back then. Of course I was scared. Still am, a bit. Even though I know now who I am. Nearer and nearer the dreaded light came --- pacing me perfectly. "Dirtbags!" I panicked and floored the hot 'Bird, reaching speeds well over 100, justa bawlin' anna haulin', until I spotted one of those scenic view mini-parks ahead. There was a camper parked there. And a streetlamp, or two, too. So I hit the brakes, turned in and fish-tailed to a smoking stop about twenty feet from the serene, peaceful camper.


I saw the UFO---it was a huge lit up craft, now---just cresting the 15-foot hill on the other side of the highway. My eyes were so affected by the light and horror and wildness of the situation that the craft (through my eyes) seemed to be jiggling like a brilliant night target dancing and shaking through the windshield of an F-20 Raptor attacking at top speed. The tourist(s) inside were obviously asleep---the whole camper was dark---but I ran up to the camper door and pounded away, terror-stricken, anyway. "Ughny- Ya, ya," I heard the guy inside moan, waking up to the unholy commotion, outside.


And the next thing I knew... All was abruptly still, peaceful and silent. Whoa.


And whereas I had just a second ago been fiercely pounding, scared shiftless, on this poor camper's aluminum door, I was now standing---stalk still and calm as a department store mannequin---about ten feet away from that very same RV. Still facing the door, yes. But ten unbelievable feet away.


I was awed that I wasn't even thinking in panic-mode, anymore. Like I'd just been.


I was merely standing there, like W.C. Fields confused without his cigar.


Then I thought, Aw crap of all craps, they took me on board. The little ba***rds had got me. Abducted and pluckted! It was obvious. What the hay was I doing, just standing here, like this? After all that mad-azz activity?


Skeptics analyzing my account will agree that I was sleep-deprived, and that everything apart from the UFO had really happened, as a result of sleep deprivation. Even the moose head part - merely just the first warning sign of an overtaxed mind conjuring up a non-existent crisis. In hopes that I'd pull over and sleep, already.


Fair enough. The skeptical POV is the most plausible, here.


Except that the Light of the light of all Creation confirms everything I've just told you.


Which means a lot to you, doesn't it? Well, She Wisdom is our Creator (we are One). It should mean a lot to you.


Hospital Ships. That's what I call them, anyway. Deus ex machina (our Universe-EL Computer is the machine and the grays are like gods). Since days of Henry Ford, UFOs have had to increase their numbers over 50,000%! High-speed vehicular travel creates so many deaths and injuries. Plus, there's 2,500% more people ageing and so many more ways to die. And stadiumsful of the dead and disabled are not yet Scripted to die, or to languish near-useless in bed. Globally, there are well over a billion vehicles on the road.

Other than that, the sole purpose of UFOs since days of Nazareth is to conduct the souls of the departed to The Land Of The Dead. What do the souls do there? Lots of stuff. But, were these departed souls violent? Unrepentantly wicked? Then they usually cannot be returned to The Land Of The Living. Proverbs 21:16, "The man that wanders out of the way of understanding shall remain in the congregation of the dead." And in that verse I can see again those very ones that were lined up on the floor, in that one part of the craft I was on. They looked like physical bodies, but they weren't really physical bodies, they were souls. They all in a neat row seemed to be sleeping, but most of them were dead (suspended) souls. Those who were scheduled for repair (including repair of their vehicles) would simply be released, after undergoing an undiscoverable memory-deletion of the repair (often a resurrection) and an easily discoverable memory-addition of some sort of preposterous probe (anal; nasal, etc), a screen-memory, usually sex-related, to turn the entire 'abduction' into a humiliating laughingstock.


As for the dearly departed: what their afterlife destinies would be...where exactly the Hospital Ships would take them...is something that can't actually be known, precisely. It all depends on what kind of life each lived.


Some of them would sleep in the Underworld 'Land of the Dead' until the Last Day (which was called Judgment Day, until I came back to cancel it). Others might be given over to wandering the Earth to haunt the rich; guide the necromancers; and vex the superstitious. And so on. Still others? An uneventful reincarnation. Without too much delay.


There are some saved by the LightChrist who cannot ever die, again. And their load gets easier, after that, too.

Anyway, so it was that I technically (but not actually) died, then unknowingly went merrily driving my stolen Thunderbird down the Kingdom of Heaven's version of the great Canadian 401, until one of those evil discs was sent to repair me.


And send me back.


Happens all the time to people. Not just on the highways, either. But everywhere. Witnesses will typically just stand there, barely blinking, as if suspended in time. Then? When everything's fixed? The resurrected person(s) are usually placed back into their resurrected (repaired) cars. And off they go again, on their way to where they were heading. And off everyone else goes, too. As soon as they're officially dismissed.


In fact, the guy who died and was brought back to life might, as he drives away, ask one of the witnesses standing around, What happened? before leaving the scene. And what will they answer, to the best of their knowledge? They'll probably answer: "You didn't see that huge thing in the sky?" And the ex-dead, freshly resurrected guy will arrive home missing an hour. Or two. Or more. And he'll feel sore, likely. Sore all over. And no wonder. He was all smashed up, mere hours before. And the Bug Doctors are sometimes not as careful about every single last little detail...


As maybe they could be.


In a perfect world. 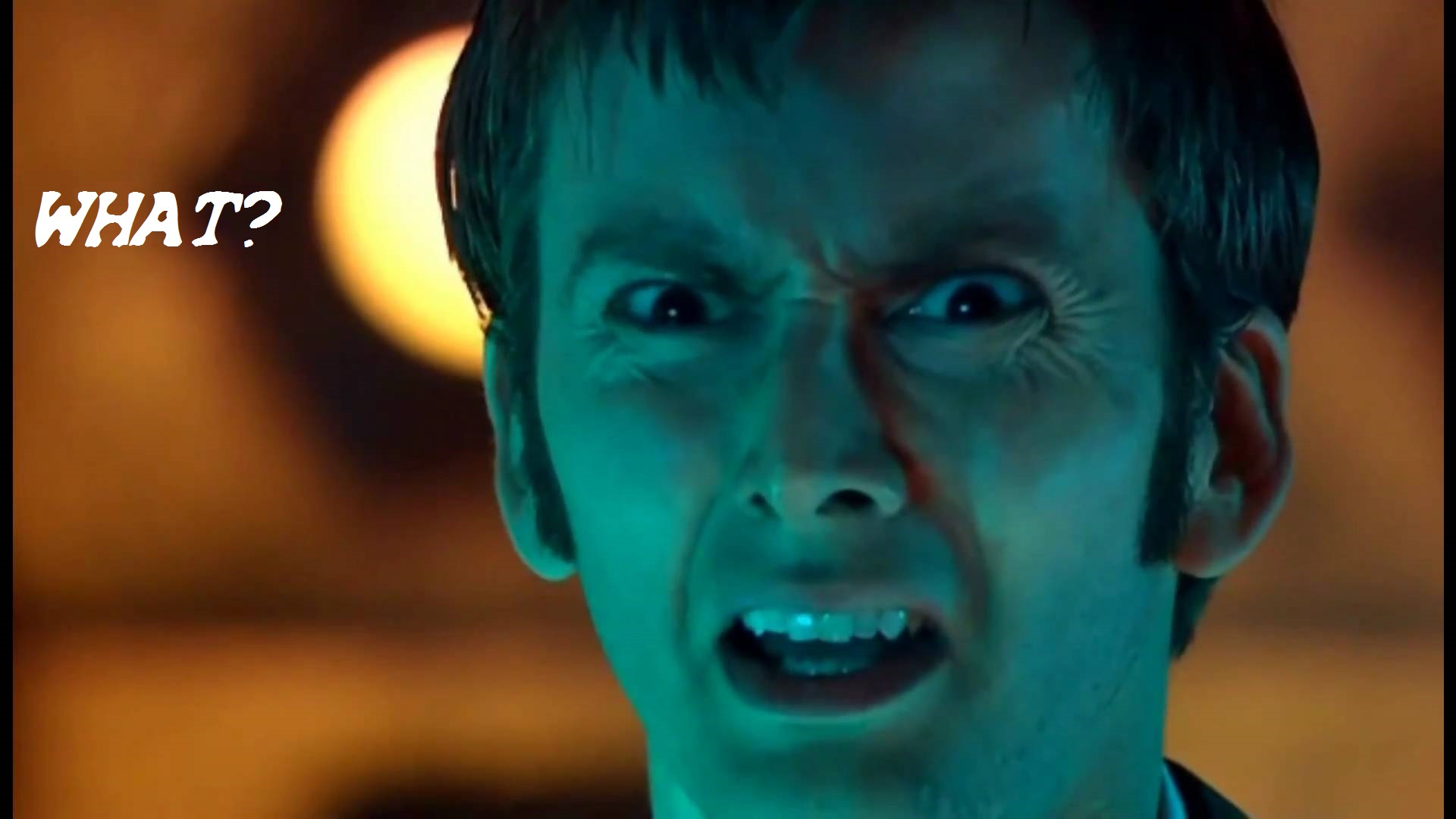 For some strange reason i get it. Seems, I don't know, familiar.
Weird.

And also Lichter daraus... Ever been 'on-board'? That you can remember?

The Creator sometimes rides the skies, you know. The Light. In random ships.

And in disguise, of course.

I saw a bbt once in what I think was a dream or at least I thought it was a dream then a bright flash and I was back in my room fully dressed and outta my pjs.

Ya, they're spiritual (from the Underworld; can take physical form) and can do whatever they want with you, including what you just described. You probably had some sort of medical problem, which--left untreated--would've eventually prevented you from fulfilling your Script.

They're also Scripted, of course, so they can't hurt you.

And there are yet others: Blood and DNA Maintenance R&D tech's; Emotion Specialists and so on.