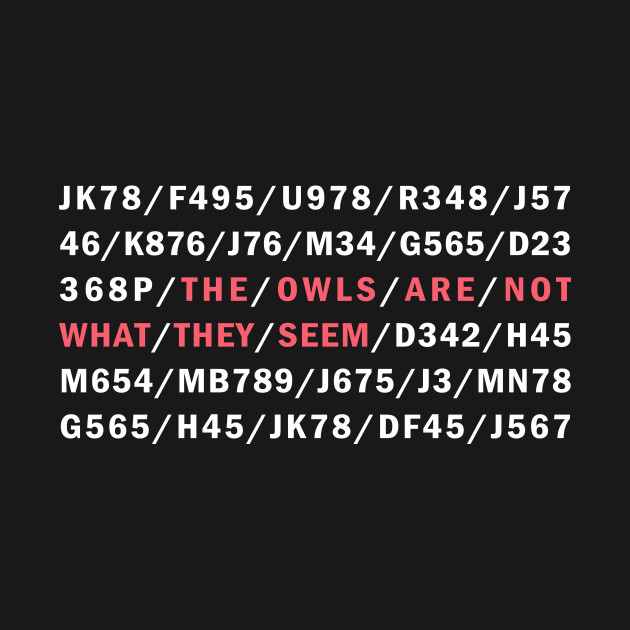 I was reviewing one of my threads and noticed a user had the Black Lodge insignia in their avatar.

I wanted to give them the secret gesture of the Bookhouse Boys - so I tried to find an image of it.


..I watched Twin Peaks when it first came out and was a HUGE fan - my Grandma even used to tape it for me. Seen the movie, I own the sound track.. About 2 years ago I downloaded the entire original series so my Kissy could watch it with me. I quote it all the time.

It is in my opinion one of the greatest things to happen to TV. Needless to say I've seen it many, many, many times.

In short, the Bookhouse Boys were formed to fight the evil in the Trees. They're the Earth-bound essence of the White Lodge, in constant struggle with the Black Lodge. 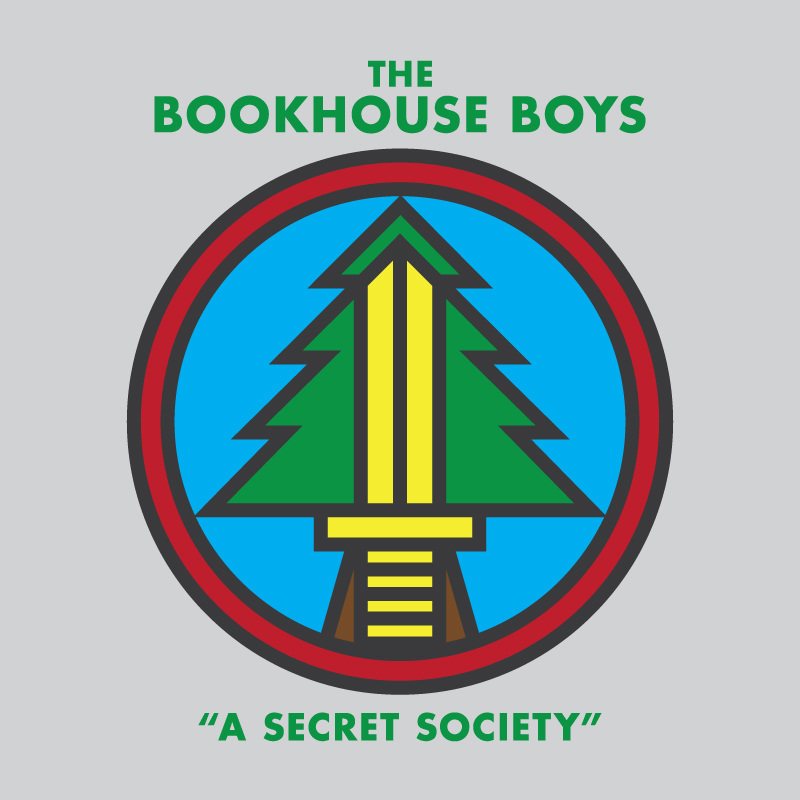 They only had a few members, and they had a secret gesture they would give to other members.

Anyone remember what it was? 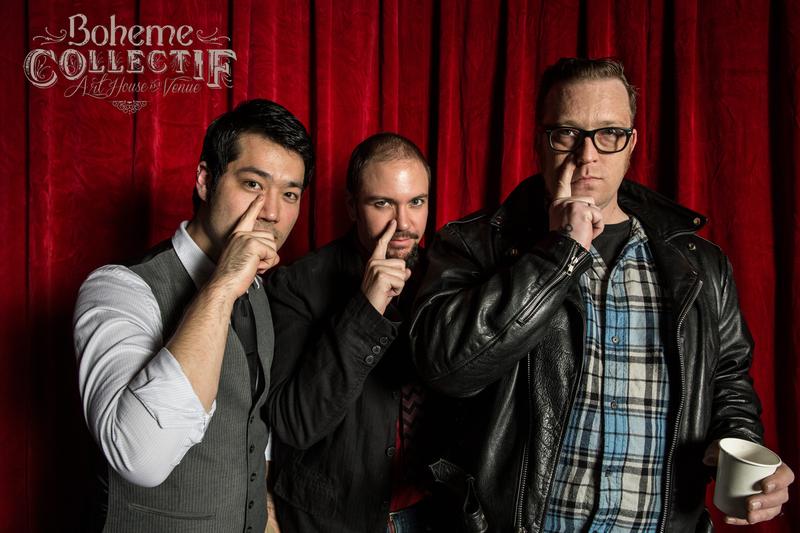 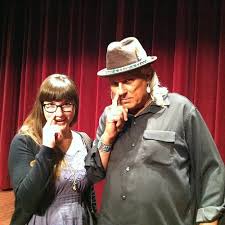 NOT ANY MORE - AND IT NEVER FREKING WAS.. This is what it is now.. 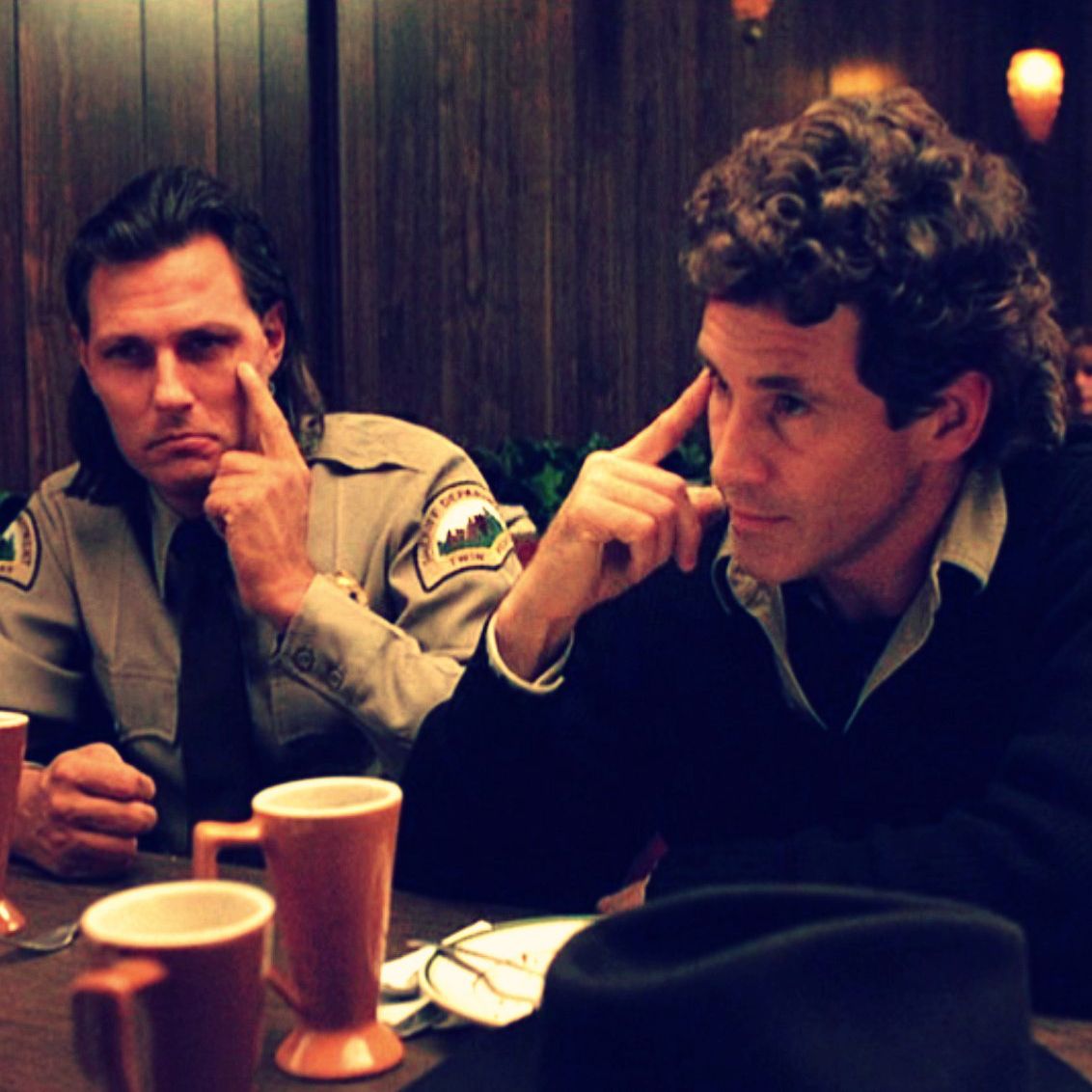 From the wiki: "Like the Freemasons, they had their own secret gesture, a stroke with a finger on the temple" twinpeaks.wikia.com/wiki/Bookhouse_Boys

What the actual f32k - I just found this; it's still developing..

I'm going to try to find more residue in text or image of the 'secret gesture'... and if I can I'll add it to this post.

This may not be huge to you - and you may not like TP - but this is SERIOUSLY MASSIVE to me.

So I was able to find it in text in a few places..

"I've often seen co-conspirators in television and the movies tap the side of their nose to remind the other party of their understanding. [...] So what's the origin of this gesture as it relates as a sign between conspirators?"
A user answers.."see also Laurel and Hardy, and the Bookhouse Boys (from twin peaks)"
ask.metafilter.com...

Here you can read where someone mentions the "nose-signal" in reference to the Bookhouse Boys, and another user argues the 'nose-signal' with him saying "Hawk is one of the Bookhouse Boys, which explains the use of the secret temple-touch. (Again, *not* a nose-signal.)" -- That's from '90!
groups.google.com...#!topic/rec.arts.tv/MKjIxaw--R0


In Coop's dream, Laura gives him the signal (3:05):
She is letting him know she knows he's in the Bookhouse Boys.


That's all I can find for now - if I find more I'll have to add them in a new post.

posted on May, 4 2018 @ 04:04 PM
link
a reply to: Pearj
Easy one for you to prove. Just provide a video of the Bookhouse boys from the show doing what you describe.

If you can't, its quite simply a case of not remembering something correctly.

posted on May, 4 2018 @ 04:10 PM
link
I've watched all the seasons of Twin Peaks, including the new one. It's been a long time however, since I've watched the first and second season. What's weird is that when I saw the first pics of the guys with the finger on their noses I thought "hmm yeah I guess I remember that". But when I saw the actual bookhouse boys with their fingers under their eyes, I went "ooohh yeah, that's it!".

I think it's easy to remember things wrong when other people get it wrong in the first place. I've had my own weird Mandela effect moments, but I think this one is just a case of other people doing the wrong gesture to begin with, which caused you to believe it was the right one.

Or that. lol. Good catch.

posted on May, 4 2018 @ 04:25 PM
link
When I saw pictures of fingers on noses I remembered without any doubt that that was the case. I absolutely don't have any recollections of finger on temple.

posted on May, 4 2018 @ 04:34 PM
link
The nose people's original universe has merged with the temple peoples universe.

The only problem is - it doesn't exist.

The first time Coop was introduced in the Bookhouse is when he's shown the signal - it's not in the scene anymore.

If you don't believe me, go look for yourself.

There is no instance of the "nose-touch" anywhere except in Coop's dream with Laura..


If you remember the nose-touch - and you're sure; as a self-proclamed solid fan like myself - find it. Should be easy right? We both remember the signal was given a few times..

Now what - as a sold fan that remembers the nose-touch that doesn't exist.. Now what?

That should be something for the Naysayers - you've got another solid fan that's on record saying he remembers the nose-touch - and it's NOT THERE.

originally posted by: alomaha
When I saw pictures of fingers on noses I remembered without any doubt that that was the case. I absolutely don't have any recollections of finger on temple.

posted on May, 4 2018 @ 05:02 PM
link
are you seriously gonna post something everytime you remenber something incorrectly?
not fun at all


No.. but I am gonna keep posting Mandela Effects.


If you know it's no fun - why must you torture yourself so?

posted on May, 4 2018 @ 05:42 PM
link
I think Mandela Effect needs its own forum ... so I can have it removed from my ATS to prevent me seeing it. The last three threads you've done on Mandela Effect have been absolute nonsense.

originally posted by: ThePeaceMaker
I think Mandela Effect needs its own forum ... so I can have it removed from my ATS to prevent me seeing it. The last three threads you've done on Mandela Effect have been absolute nonsense.

As far as the Mandela effect, I don't know.

Full series is back on again.... Started watching a week ago

Logic has no place in the garbage pile that is a Mandela effect thread.

Logic would say Lurker1 could do a quick youtube search and show the "two secret signals"..

Would make me look like an actual fool in no time..

I mean, you trust his opinion right?


What would you say if Lurker1 came back and said he couldn't believe it, but there's no more 'nose sign' - you trusted him before, would you trust him after? Would you lend credence to the Mandela Effect then?

originally posted by: ThePeaceMaker
I think Mandela Effect needs its own forum

We all agree. One things for sure - it's not going away and will likely grow.

The very first ME thread I made was moved to Skunk Works and I pitched a fit. I was told there are already to many forums..

So I make every one of my threads with "Mandela Effect - ", that way it's easy to search with Google (ATS search doesn't work), and easy to see at a glance when looking at Skunk Works.

..The easiest way to not be bothered by ME threads is to not open ME threads.

posted on May, 5 2018 @ 12:24 PM
link
At this rate, I imagine an old fellow, laying in a hospital bed, in and out of delirium, suddenly grabbing a nurses arm and in a state of clarity saying "Mandolin. Mandolin!!" as he remembers things from his youth that he never took real notice of, but have seemingly changed over the course of time... to once more succumb to his sorry mental state of dissociation, and forgets again.

Pretty sure he used to fly steam powered rockets into the firmament.

What's next? When you forget your car keys are on the desk, not the kitchen table - must be ME. Why your white socks are now off white? ME.

Just because YOU have a terrible memory or are easily influenced by pop culture, doesn't mean there is a 'change in reality'.