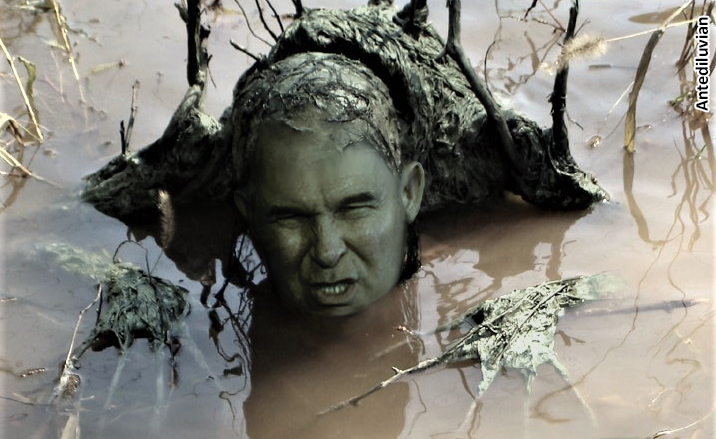 It's every Trump-installed swamp creature for itself in the Trump Swamp.

A Pruitt Aide's Attack on Zinke Angers the White House

In the last week, a member of Pruitt’s press team, Michael Abboud, has been shopping negative stories about Zinke to multiple outlets, according to two sources with direct knowledge of the efforts, as well as correspondence reviewed by The Atlantic.

The stories were shopped with the intention of “taking the heat off of Pruitt,” the sources said, in the aftermath of the EPA chief’s punishing congressional hearing last week. They both added, however, that most reporters felt the story was not solid enough to run. On Thursday, Patrick Howley of Big League Politics published a piece on the allegations; he did not respond to request for comment as to his sources.

Abboud alleged to reporters that an Interior staffer conspired with former EPA deputy chief of staff Kevin Chmielewski to leak damaging information about the EPA, as part of a rivalry between Zinke and Pruitt. The collaboration, Abboud claimed, allowed the Interior staffer to prop up Zinke at the expense of Pruitt, and Chmielewski to “get back” at his former boss. Abboud offered to connect reporters with Healy Baumgardner as a second source, according to a person with direct knowledge. Baumgardner, a former Trump campaign official, is a global energy lobbyist for the U.S.-China Exchange. She’s close to some EPA officials, the source, as well as an EPA official, confirmed. Baumgardner did not immediately return a request for comment.

At all levels, this is the leakiest administration in recent history — perhaps the leakiest in history (believe me) — and what's really remarkable is how much of the leaking results from internal squabbles and backstabbing.

In other circumstances, it would be amazing that either of these clowns still has a job. Pruitt in particular has shown that he's an ethically bankrupt shill. I suppose it has something to do with fulfilling their swamp creature duties effectively as Pruitt is quite the internal saboteur.

I'm sure one of our Trumpologist friends will be by shortly to explain how this is 54-dimensional super chess and "stable genius" Trump is just appointing all the worst people so that he can eventually fire them. 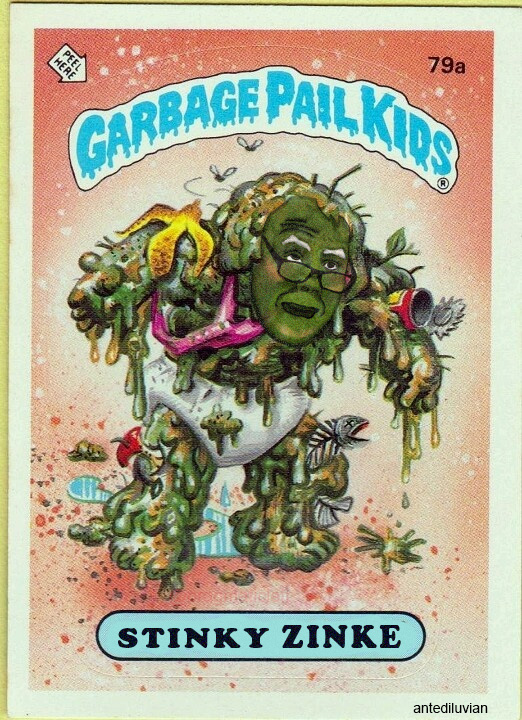 Disgraceful.
edit on 2018-5-3 by theantediluvian because: (no reason given)

originally posted by: Mach2
I support Trump because I agree with a majority of his policies, but Pruitt needs to go.

I think at this point most people agree Pruitt needs to go, particularly after the latest revelation that the whole Morocco trip where he pitched natural gas for his lobbyist landlord was arranged by his lobbyist friend who immediately afterward became a $40k/month lobbyist for the Moroccan government.

posted on May, 3 2018 @ 03:55 PM
link
Proof positive that media outlets will only accept democrat talking points and hit pieces. Good to know.

You do realize that the Atlantic is a super liberal biased source correct? Although, you yourself are usually compromised by a liberal bias as well. This seems like a big nothing that some Progressive writer created to meet his monthly deadline. I am glad they have loyal readers like you to lap this stuff up or they might go out of business.

originally posted by: Metallicus
The focus on sexual harassment was always going to go badly for the Democrats. While not all Republicans are Conservative there aren’t any Conservatives that are Democrats.

Liberals laugh at people like me and celebrate the Godless and immoral. It stands to reason that liberals will be offenders at higher rates than Conservatives.

Another problem for liberals is that Conservatives are more likely to overlook the testimony of loose women as them getting what they deserve instead of it being the man’s fault. I am not saying this is always true, but this is why you see many Conservative overlooking stories about their candidates.

This has naturally all backfired for liberals and it will continue to do so. Sure there are scumbag Republicans, but there are many more scumbag Democrats.

You made your bed ...enjoy.

Lies. An Atlantic writer recently wrote Kanye West is a Russian agent ... I want to believe.