This is a short edit of the March 27th, 2018 capture of a luminous white orb / plasma / ufo type object over Hollywood, CA.


(I’m posting this as a “reference” for comparison and study of aerial anomalies, not to argue “what this is”. I am in no way claiming that I “know” what this is, nor in any way implying its extra-terrestrial or alien. This could be private technology for all we know…)


I began filming this with an iPhone after noticing a white object moving erratically above. At first I thought it was a bird, but when it started moving in strange angles, I figured that bird was either drunk or I was perhaps filming something else.

It was very high up in altitude, and a relatively calm day wind wise. It would have to be a very large bird…diving…to translate to movements like that.

Looking at this clip on a larger screen than a phone, as well as after zooming in, reveals this is not a bird, balloon, drone or plastic bag.

The first shot is a medium shot that shows the erratic movement of this object. It circles around, zig zags, and then stops, and then moves in very sharp angles.

When zooming in, you see how the object gives off a puff of light/plasma(?) as it makes the sharper turns.

While moving slowly, it reminds me of the dark orb ufos I captured last August, this January, and this March. They glide similarly and there is a notable texture change which shows some kind of energy flux / torsion field in action as it moves.

When its moving quickly and changing direction, it seems to discharge in one area. The luminosity of this is really interesting contrasting against the blue sky.

At :54 few more white light orbs peek in and out, with a few dark ones seeming to peek in for a second as well.

I only included the first part of the experience in this edit…it plays then repeats in close up where you better see the burst of plasma as it changes direction.

You can see the entire experience as well as other views of this in this longer edit.

Thanks for taking a look.

posted on Apr, 22 2018 @ 11:22 AM
link
This is a very good video IMO. The movement to me suggests some sort of control, whether that is from the object itself or a third party I’m not sure.

While the movements are seemingly random, they are very fluid, almost “fishlike” with the circular patterns and prescise, floating pauses.

I would say some an “aeroform” if I had to guess. It looks alive to me.


It was very high up in altitude

looks actually quite low, seeing as you can see the wings flap.

It would have to be a very large bird…diving…to translate to movements like that.


If its at great distance.


Looking at this clip on a larger screen than a phone, as well as after zooming in, reveals this is not a bird, balloon, drone or plastic bag.

NO, looking at it on a large screen before you zoom in to loose all resolution you can see its a bird due to wings flapping.


When zooming in, you see how the object gives off a puff of light/plasma(?) as it makes the sharper turns.

yes, they are called artifacts from zooming in on objects especially ones that are moving.


At :54 few more white light orbs peek in and out

most likely 2 of the same bird flying the opposite direction.


with a few dark ones seeming to peek in for a second as well.

yes the insects that are about tree level are seen throughout the video.


Thanks for taking a look.

Interesting video. My take is that it's a plastic bag or a balloon caught between wind currents. I've seen things like this before. When a balloon rises on the lower air current and gets to the next layer of wind, sometimes it gets buffeted about like this probably because it doesn't have enough mass or energy to direct it or force it above that current.

Regardless, it's a good video and a good catch.

There is hard physical evidence of things like BOL (balls of light -- usually "ball lighting")
and effects like at Hessalden.

But then you get these higher altitude, blurry shots of birds and mylar balloons
and chinese lanterns.. which with other misidentifications are 99% plus of the
You tube stuff. Well and the ridiculous frauds like the AATIP/TTSA bunch put
out.

If it's "real" you probably won't get it on video.

and if it's "real" it's probably not what you are hoping it to be.

But doesn't hurt to keep looking, for sure.

If we don't look, there's zero chance of seeing something interesting.

originally posted by: Neechavela
This is a very good video IMO. The movement to me suggests some sort of control, whether that is from the object itself or a third party I’m not sure.

While the movements are seemingly random, they are very fluid, almost “fishlike” with the circular patterns and prescise, floating pauses.

I would say some an “aeroform” if I had to guess. It looks alive to me.

I agree. My first impression was some kind of balloon or plastic bag caught in the wind. It does seem to have fluid movement like a fish though.
It's an interesting video, but once again we are left with pixelated close-ups. Not really clear enough to make a definate conclusion.

posted on Apr, 22 2018 @ 12:35 PM
link
Unfortunately, as with a lot of this type videos and pics, it's terribly out of focus, and when you're out of focus, anything at all becomes a blob of light. It's not really OP's fault. The camera is simply not up to snuff and can't be controlled like a more professional rig could be. The movement seems kind of random and erratic to me. I'm going with bird after insects. Thanks to OP for not jumping immediately on the alien bandwagon here.

however that being said i too have noticed these over los angeles more towards west la santa monica boarder. most of the time I figure balloon of some sort, but there was this one time I was watching one and it just winked out. it could have been a balloon that popped but I'm still not convinced it was actually a balloon.

I've seen far stranger things that were actual anomalous vehicles over LA that weren't drones or misidentification. so I know they do test or fly odd stuff over LA on occassion. probably because hardly anyone ever looks up. and I'm certain there are drone sized anomalous vehicles that appear spherical and are no bigger than a car and that they can and do do much stranger maneuvers than that. and they are likely tested/housed just outside LA. 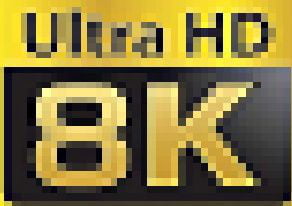 I'm totally on-board with there being lots of interesting drones being tested.

In your opinion, why would the military/industrial complex test drones over
heavy population centers?

In your opinion, are any of these drones testing psychoactive effects on
humans?

I mean, the CIA sprayed mind-altering drugs over LA as part of MK Ultra I.

(I'm assuming, but don't know, that there is a MKULTRA II underway).

posted on Apr, 22 2018 @ 01:51 PM
link
Is it just me or is there something completely... off... about the way its filmed? Whoever is holding the camera seems to anticipate the movements of the "ufo" before it even moves, to the point where in the middle of the video it almost become a stationary dot in the center despite moving rapidly to the side.

We have a long edit and a short edit, is it possible we get a non-edited version? That would be the best.

you know, I'm not sure why they would test them over a city. I've seen aircraft that "dont exist*" over fly low angeles. usually around 3AM as they head outbound from "wherever" in the deserts east of Los Angeles. once at fairly low altitude in broad daylight. THAT plane was damned sexy looking too.

those assets and others over fly LA simply because they're passing over on their way to wherever it is they're going.

then there's that series of incidents that happened when they purposely flew that triangle "TR3B" (cringe at using that word-sorry zaph) at low altitude right over Santa monica. that was a real craft too. but I'm certain I was being used for live data feedback on that one. I saw it and i think the point was that people aren't supposed to be ABLE to see it.

some of the stuff they're brazen with. there are places east of LA in the desert where from 8pm to midnight you can watch very, very strange things train or do R&D in fairly public places. Monday through friday. fishermen see weird things at night people wouldn't believe over the socal aquaducts.

I think 90 percent of them aren't to perform psychoactive tests on the population just testing and training. ... but then theres that one time in Santa monica......

I think they are more capable at manipulating your senses than people understand. I think some of it might be psychological manipulation via infrasound and accessing parts of the human brain via optical stimuli. perhaps implanting crude voices or emotional states via direct transcranial stimulation via lasers that turn into plasma upon contact. hacking visual processes in the brain for optical cloaking purposes. that sorta thing.

heck although I know youre anti A0 his dream Hoover tales seem almost lifted from project Mindtrap kit proposed with that Chinese guy. you got human clones and communication and data sharing at a distance via telepathic mechanisms of some sort. so who knows what some of these things are really up to.


* (by not exist I mean stealth fighters,bombers of 5th possibly 6th generation that aren't disclosed to the public)

Ok... thanks for the feedback.

You are right. A0 told me that he was unemployed and living in his mothers
basement. I spoke with him a number of times.

I MUST take everything that A0 ever said as BS, for that reason
plus many others.