The Dismantling of the Bill of Rights

With PATRIOT and CLOUD, the 4th Amendment is done.

Eminent domain + "States of Emergency" already negates the 3rd Amendment, it's just that no one talks about that Amendment so it goes un-noticed - probably intentionally.

Ideologues and moral busybodies who just can't leave other people alone have rendered the 10th Amendment practically null for a long time; they have been trying to use activists to dismantle the 1st and 2nd Amendments for decades.

The 9th Amendment is unfortunately worded, in that it can be used to invent/construe literally anything as a "right" that must then be "balanced" against the other rights already specified, allowing for other rights to be legally dismantled piece by piece. It is odd, actually, that it is not used to this effect more often, having so far only really been used to affirm a right to abortion.

The 5th-8th Amendments are all invalidated by counter-terror legislation, which do not treat "terrorists" (a term with no fixed definition) as enemy soldiers and thus, can be detained indefinitely with no judicial oversight, whether that person is a foreigner or an American citizen.

The 1st and 2nd Amendments have proven the most robust. Indeed, it is difficult to try to infringe on the 1st (without which the common people have no defence against the government and thus, the NWO) without inspiring people to visit the gun shop and exercise the 2nd in its defence. Which is why it is imperative for TPTB to somehow invalidate the 2nd Amendment - State-level bans, a national Assault Weapon Ban, some kind of national gun registry, anything that will either get weapons out of the people's hands or give them the information they need to get rid of them (ie, if you're going to go full occupation mode, it's good to know who has guns before you roll into town so you can raid those houses first).

TBH I have no idea what to do. The US Federal Government is almost completely beyond the influence of the voting public - even when we do try to mess up their plans (Trump), they manage to twist these upsets to their advantage anyway.

As much as I hate to say it, the idea of breaking up the Union sounds more and more appealing to me, simply because State governments are locally-tied enough that the public still rules. The Feds are so gargantuan and secretive it is becoming nigh impossible to 'right the ship' via the democratic process, since the elected positions are not the ones with the real power.

It's done, or at the least very badly dented, only if the Supreme Court doesn't strike it down. Which it most certainly should.

I also forgot to mention that the new trend of tech companies and other megacorps implementing Orwellian speech codes may their way of trying to get around the 1st Amendment without having to sink the 2nd first. We may end up, practically speaking, only with the 2nd Amendment left to us, while all the others have been snatched away - meaning our only remaining freedom is the right to begin an armed insurrection to try to get the rest of them back, and you can bet they'll try to construe that possibility as justification for the ATF to show up and confiscate them all.

It's not over yet, though I share your pessimism.

posted on Mar, 30 2018 @ 01:23 PM
link
a reply to: AquinasProtocol
I get where your coming from but the last paragraph is a scary thought. TPTB will get their way as much as I hate to say it. The only thing I can do is bunker in. Which I have done but I still have to go to work. Just try to be ready for snip to hit the fan. Like catching rain water (btw that is illegal in most states so don’t advertise it) and having a sustainable food source. AKA chickens is a good one. I have some and can say they are super easy to maintain.

posted on Mar, 30 2018 @ 02:03 PM
link
a reply to: AquinasProtocol
If the Union breaks apart, our foreign rivals will be landing occupation forces as they tear us apart piece by peice claiming our resources and labor for themselves. NEVER advocate for such a tragedy!

We must simply stay firm. If this could be considered a silent civil war, perhaps some of the key figures trying to destroy America could be disappeared, or fall victim to an assassin by blade or poison? The less we use firearms to fight the fight, the less ammunition the enemies of America have to tear us apart!

Eventually we would have to start shooting at each other anyways, but hopefully only in a fictional narrative! Real life seems pretty chill from what I can tell. 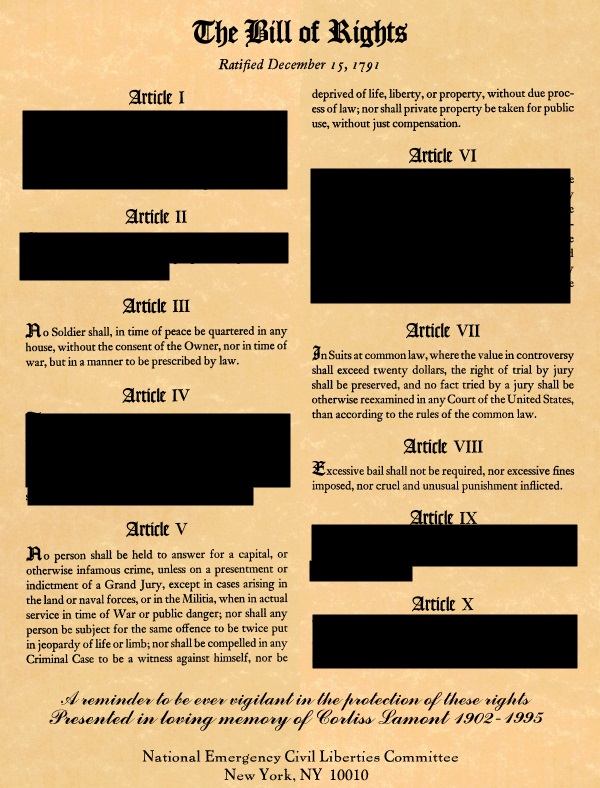 If the Union breaks apart, I think we would have more to fear from those who call themselves our allies than those we call enemies. Russia, China, North Korea, and Iran could relax. The European Union and Israel would want to make sure that the international bankers continue to extract wealth from the American People.