If your looking for new conspiracies, try studying history.

posted on Mar, 29 2018 @ 07:14 PM
link
I noticed that some members complained that there are no more new conspiracies to cover and that many of the conspiracy threads now are rehash of previous ones. My suggestion is study history because there are a ton of conspiracies out there that haven't been covered. Many of these conspiracies are real.

The real life inspiration behind Vesper Lynd (Bond girl from Casino Royale). Her name is Christine Granville aka Krystyna Skarbek.


The life of a Polish-born woman, whose daring as a secret agent for Britain was said to have been the inspiration for one of James Bond creator Ian Fleming's most glamorous spies, has been celebrated at a service in London.


For those wanting to know the real-life inspiration for Ian Fleming's James Bond, here it is — the remarkable life of British double-agent Dusko Popov, the Serbian playboy who enjoyed an extravagant lifestyle during World War II serving the British MI5 and MI6, the German Abwehr and the FBI.

Related to this: I made a thread about the real life inspiration behind the Man with the Golden Gun:

The Shadow Government aka Deep State of 1920s Germany:


In 1918, Wilhelm Groener, Quartermaster General of the German Army, had assured the government of the military's loyalty.[6][7] But most military leaders refused to accept the democratic Weimar Republic as legitimate and instead the Reichswehr under the leadership of Hans von Seeckt became a state within the state that operated largely outside of the control of the politicians.[8] Reflecting this position as a “state within the state”, the Reichswehr created the Ministeramt or Office of the Ministerial Affairs in 1928 under Kurt von Schleicher to lobby the politicians.[9] The German historian Eberhard Kolb wrote that

…from the mid-1920s onwards the Army leaders had developed and propagated new social conceptions of a militarist kind, tending towards a fusion of the military and civilian sectors and ultimately a totalitarian military state (Wehrstaat).[10]

Russia's plan to regain its super power status. Part of its plans include the following:


Russia should use its special services within the borders of the United States to fuel instability and separatism, for instance, provoke "Afro-American racists". Russia should "introduce geopolitical disorder into internal American activity, encouraging all kinds of separatism and ethnic, social and racial conflicts, actively supporting all dissident movements – extremist, racist, and sectarian groups, thus destabilizing internal political processes in the U.S. It would also make sense simultaneously to support isolationist tendencies in American politics."


North Korea’s strategy has always been to force the United States out of the Korean peninsula and push the South Koreans into a deal that leads to reunification of north and south. This strategy derives directly from North Korea’s founder, Russian-trained Kim Il-sung. And it is the strategy his grandson is following today.

A secret society of Imperial Japanese militarists called the Sakurakai


Sakurakai, or Cherry Blossom Society (桜会 Sakurakai) was an ultranationalist secret society established by young officers within the Imperial Japanese Army in September 1930, with the goal of reorganizing the state along totalitarian militaristic lines, via a military coup d'état if necessary.[1] Their avowed goal was a Shōwa Restoration, which they claimed would restore the Emperor Hirohito to his rightful place, free of party politics and evil bureaucrats in a new military dictatorship.[2]


These are just the tip of the iceberg. There are many more real conspiracies out there that we haven't even knew about.

For a specific time period, try studying history of intelligence agencies such as the KGB, totalitarian states like the Soviet Union and Nazi Germany, and time periods like the Cold War. Conspiracies abound in those organizations, countries and time period.

Nice thread, and the truth.

Many 'conspiracies' from the past have now been confirmed as truth.

I imagine some of the modern day ones will see this light as well in 30-40 years, but you are correct.

Focus on conspiracies proven, and learn from them.

I am reading ideas about the Nazi not being defeated at the end of WWII, they just went underground and out of the spotlight to continue their alternate research.

I am reading ideas about Iraq actually having weapons of mass destruction, but they are not the weapons we think they are, they are ancient weapons. Looking at the looting of the Iraq national museum where large amounts of material was stolen during the war but only the works of art were returned. They never mentioned the thousands of ancient tables that were also taken and suspected to reveal portions of ancient technology.

I wish I knew more of Russia's history. Something tantalizing that would propose they are fighting the cabal and not part of the whole show.

You should look up the book the Axmann Conspiracy. I haven't read the book yet but from what I am seeing its about the Nazis' plan to establish the Fourth Reich:


Evading capture, and with access to remnants of the regime’s wealth, Axmann had enough followers to reestablish the Nazi party in the very heart of Allied-occupied Germany—and position himself to become dictator of a Fourth Reich.

U.S. Army Counter Intelligence Corps Officer Jack Hunter was the perfect undercover operative. Fluent in German, he posed as a black marketeer to root out Nazi sympathizers and saboteurs after the war, and along with other CIC agents uncovered the extent of Axmann’s conspiracy. It threatened to bring the Nazis back into power—and the task fell to Hunter and his team to stop it.

Make a thread about this if you are interested.
edit on 3/29/2018 by starwarsisreal because: (no reason given)

That looks very interesting. I am not sure about the basic recap that American forces defeated the reemergence of a potent Nazi Reich. We brought their top scientists over to the states to continue their research. At the end of WWII, we perfected our atomic weapons with their technology both in receiving nuclear material and the infrared fuse necessary to properly detonate the material.

There are also a lot of theories out there that most of the Nazi wealth was transferred to German companies and then transferred out of the country before the war ended. Bormann probably survived and continued to carry out the secret financing for the research. IG Farben, at the center of it all.

Edit:
I would start a thread but I am lazy and a coward. I would much rather post on the works of others and appreciate the effort needed to start and maintain a thread. (I hope I didn't off topic this. I try to be respectful but sometimes I get carried away)
edit on 29-3-2018 by ClovenSky because: added stuff

Cut off one head, two more shall take its place, Hail Hydra:

They destroyed one Nazi group after the war but allowed another group to flourish in American soil.

Wise words. There is no shortage of shenanigans in history.

Except in school board approved history books. Amazing how they are able to create the most disconnected story line.

A lot of people say history is boring. If more people learned about real history and not the white washed version of it then people will find it interesting.

In high schools, I noticed many students say that the only interesting part about history is World War 2. While I agree that there was a lot of conspiracies during WW2, other historical time periods are just as interesting but aren't covered as much compared to WW2.
edit on 3/29/2018 by starwarsisreal because: (no reason given)

posted on Mar, 30 2018 @ 12:57 AM
link
Another reason to study past conspiracies is that they tend to be repeated later on in current politics.

East German Secret Police were so creepy, they had a smell register. That is very literal, Secret Police would collect scent samples from persons and store them in jars. I would love to talk to one of those Police and ask them exactly what the heck they thought they were doing there. Apparently there is a museum in Germany where you can view some of these scent jars, but I have never seen them personally.

posted on Mar, 30 2018 @ 01:48 AM
link
The first recorded version of fake news (via hieroglyphs) is still available for viewing today. Ramesses II depicted a great victory over the Hittites when in reality he got his ass handed to him by being outnumbered 10-1.
edit on 30-3-2018 by Outlier13 because: (no reason given)

posted on Mar, 30 2018 @ 02:01 AM
link
If there was no danger associated ironically, vampires are a interesting conspiracy theory associated with terrestrial inhabitants coexisting with mankind.

It would involve going inside the hollows of the planet one would imagine to discover the secrets of their societies. 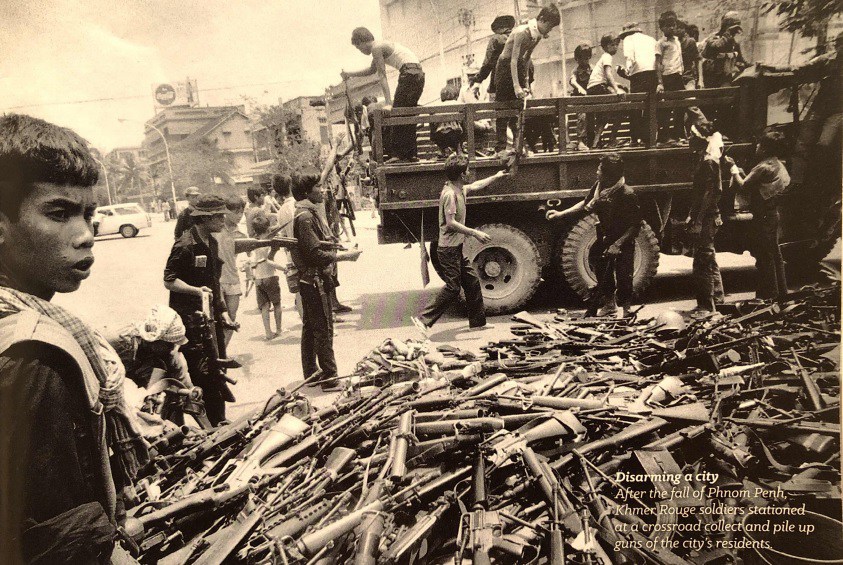 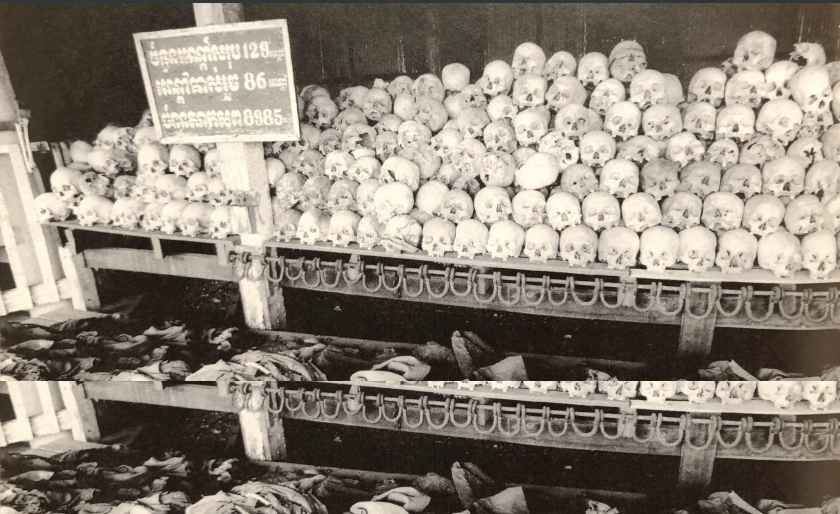