Just because there is nobody there to witness it you still have to be it.

posted on Mar, 28 2018 @ 01:05 PM
link
My good friend Bob Dylan once got me thinking many years ago with this line from his song "License To Kill" on the "Infidels" album, 1981. For me, after the passing of Master Blaster Bob Marley, the "Infidels album" was a musical let's get on with business and it sure did.

"Might be an actor in a plot, that might be all that you got
Until your error you clearly learn"

Though other minds, the world, may not witness your life like they do others who are living "famously" and in the public view, you are still having to perform your act in the DRAMA.

Nobody can take it away from Christ Yeshua his role and his act in the DRAMA. He really did perform his Messiah role, the only human to ever do so in the Hebrew Tradition. There were witnesses and his movement and Kingdom depended upon that being so.

Bob is not denigrating you status or my status in his couplet there. I think we are all required to be who we are, whether we perform it as an itinerant or a tyrant or a King.

I am living here in utter isolation. Yet I must live out the intensity of my being. It is even too intense for others to handle. They can't stand the heat of my kitchen. There are even many lonely famous people who are too intense to be with and must buy their company with their status and not their soul. Look how many divorces there are with actors, musicians and other artists.

I must suffer in silence then the angst of my being. I must dangle on the same strings as my teachers, yet without their wages that makes it even more nihilistic, but the process can't be stopped.

I don't want any witnesses to this slow murder of mine and neither do I particularly want to be an accomplice in theirs. Would I want it to have been easier and simpler? I would not. That now appears empty and lifeless to me and I am assured that my spirit is full even if my social life, career, portfolio and bank account are not.

The oppression only works so much in this life. I live in a society that has an inner circle based on certain families and their satellite interests. They reserve the best for themselves and the further away you are from their influence and "employment" the less access you have to the resources they control via their networking monopoly.

My last laugh is that they can not reach into the places described by Yeshua that He referred to as the soul;

"Don't fear those who can only destroy the body. Fear the One who can destroy both body and soul".

Where it really counts I am still having the experiences I must have. My will found away. Yeshua started out being born onto straw like a cow gives birth to calves. His Mother had to bring Him into the world that way. Look what He achieved against all the odds. He is perhaps the most continually famous human being in all of history, over all the world.

I am tying to tell you and me here that we do not need to be held back by the position THEY put us in. We can reach the dizzy heights of the position WE put ourselves in.

I am told that Art is freedom. I know this instinctively and this is why I make art regardless of the fame. I don't even want that lie. I still am having to live the life (I stress HAVING TO because though I tried to escape there was no other place to go) of an intense and serious music artist. I live my dream even if others do not witness it. I would like to have shared myself with the world, but it would not let me.

Yet here I am able to here with a select few who are on my level, just for a moment. Whoever you are I respect you. I respect every attempt at trying to live more than just the brute non thinking animal. I came from a lowly place with no nurturing and I made it to have a music studio by the ocean even with a long standing mental health issue that has severely ruined the usual order. I cam from an inner city council estate, English version of "North Side, Chicago). There was no hope for someone like me apart from what I could make for myself. I chose to leave the callous grip of those who would have me stay like a pig in a sty. I broke my chains and ran away. I escaped and it nearly cost me my life and did cost me some health.

I chose to love instead of hate and keep my nose in the slurry. It was a good choice. I emancipated myself from mental slavery, as Bob Marley suggested in his "Redemption Song". Music and poetry, alongside Yeshua, have been my teachers. I often joke that I am like Romulus, raised by poets and wolves!

I made this Dub track while musing upon the above business. You will know why by the end of the track. Weird, but I have a very similar voice to John Lennon. That is my natural voice. i am not trying to sound like anybody, but myself. I am working in a very different genre of Drill Dub. I even invented that. You heard of "Drill Music" from Chicago? Well this is "Drill Dub". The track is shared here as a compliment to the thread. The thread itself is not about music.

Happy exploring all you who are freed from the modern slavery syndrome. Watch out for Drama Karma! 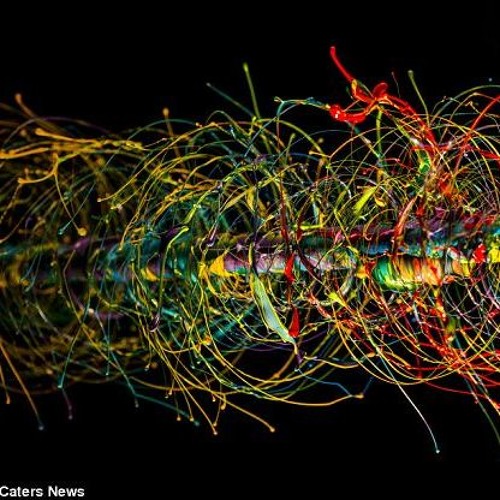 Bless ya! You are welcome!

posted on Mar, 28 2018 @ 07:11 PM
link
"Nobody can take it away from Christ Yeshua his role and his act in the DRAMA. He really did perform his Messiah role, the only human to ever do so in the Hebrew Tradition. There were witnesses and his movement and Kingdom depended upon that being so."

You lost my attention at this unfounded claim.

Not only has Jesus or God not been proven to exist, but the evidence used to assert their existence is questionable at best.

Considering that all stories were written decades and centuries after the supposed facts, by mostly anonymous authors.

Religious scripture is not sufficient evidence.