Andrew McCabe Kept Notes About Conversations With Trump, Gave Them to Mueller

Well how bout THAT !

And a "source" says he gave all these "notes" to Special Prosecutor Mueller !

If there's anything damning, I bet it's because there's a strong possibility McCabe (a known liar) fabricated those "conversations" 😐

McCabe is one po'd sob right now because he's been outed and exposed as a collaborator.

MSM keeping up their never-ending "streams of sources" that "people" gobble-up like Thanksgiving Turkey.

Andrew McCabe Kept Notes About Conversations With Trump, Gave Them to Mueller


Former FBI Deputy Director Andrew McCabe wrote memos describing his conversations with President Donald Trump and other events and has turned them over to Special Counsel Robert Mueller, a person close to Mr. McCabe said Saturday.

The memos, written soon after the events they describe, cover Mr. McCabe’s dealings with the White House and what former FBI Director James Comey told Mr. McCabe about his interactions, according to the person.

That revelation came amid increasingly contentious exchanges Saturday between President Trump and some of the country’s most senior former law-enforcement and national security officials, sparked by Mr. McCabe’s dismissal late Friday. 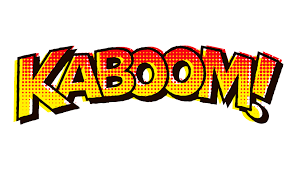 
Did ANYONE ON THE PLANET (or off the planet) ever see COMEY's notes?

posted on Mar, 17 2018 @ 09:40 PM
link
a reply to: xuenchen So now the narrative has been set for the memos to be complete lies. Well let me set another one for you. You claim that the investigation is going to expose all the corruption from past admins correct. If that is true why would a FBI agent even mention said memos? And then claim he gave them to them. That doesn’t add up now does it. Why give damning evidence that would get you in jail? TICK TOCK as you say.

McCabe is one po'd sob right now because he's been outed and exposed as a collaborator.


Do not forget the upcoming criminal prosecution
Probably upset with Hillary as well due to the fact she blew the election..

Well it seems McCabe's memo's are following the pattern
of Comey's memos. But your asking why an FBI agent
would even mention said memo's.

We really don't know the exact reason why Comey or
McCabe talk about the memo's, but a good guess
is to try and intimidate other people from talking.

For instance, Comey has had two friends leak
to the NYT, and they both have admitted it.

First one is Ben Wittes, who admitted he
did this here.


Wittes, a senior fellow at the Brookings Institution and founder of the popular Lawfare blog, admitted that he was the principal source for a story in The New York Times this Friday.

Second friend who leaked to NYT is Daniel Richman, who is
now representing Comey in the Russia Probe.


When Comey testified before Congress last June, he said that he had a friend of his who worked at Columbia Law School give the contents of his memo to a reporter. That friend was later confirmed to be Richman, who has been friends with Comey for 30 years. They also worked together at the school in research roles.

posted on Mar, 17 2018 @ 10:22 PM
link
These clowns are still so #ed up in the brain that Trump won, they would fabricate their wive’s grocery lists to cover they’re asses.

Oh my goodness. I just re-read your post and realized that ANONYMOUS SOURCES provided this information. Considering that most of the FAKE NEWS was attributed to anonymous sources, I'll assume that there ARE NO NOTES.

originally posted by: Stormdancer777
Can we throw these guys in jail?

The ball's in A.G. Jeff Sessions' court now. If he names a Special Prosecutor, jail or fines are possible, if not, we're just wasting our collective time with these Dossier, FISA, Uranium-1, Collusion, Corruption issues.

I wish I had never looked down this rabbit hole tbh,
there was a time in life when politics was not my thing lol.

Apparently by those articles Comey has been questioned
by Mueller, or will be as Richman represents him in The Probe.

Not sure why none of that has leaked....oh wait.

Trump was the only person who could beat Hillary, and all top people in the FBI, DOJ, DNC and Hillary's campaign knew it. That's why when he (Trump) beat 15 other Republicans to take the nomination, sheer PANIC ensued.

Just the little info we've been able to see from the Strzok text messages prove this. When the Inspector General report is released, the full extent of their panic and subsequent law-breaking will be public knowlege and an absolute SHOCKER.

posted on Mar, 17 2018 @ 10:42 PM
link
a reply to: burntheships
I didn’t know about the first one but the second I have looked into. To me there are still some things that don’t add up with all of this. I guess I will have to wait and see. And who knows maybe we will never find out. BTW thanks for the link

If Trump said or did anything illegal and it is captured in the notes, then Trump should be punished.

But that doesn't absolve McCabe, FBI or the DOJ.

Get rid of all corruption. I don't care what "side" of the aisle that it sits on.

posted on Mar, 17 2018 @ 10:44 PM
link
a reply to: carewemust
In one aspect you may be right but the whole Trump was the only one that could beat her is a complete fail. Sanders would have wiped the floor if he wasn’t screwed by the DNC.

Comey took 'notes' too, then had a friend leak the notes.

I'm starting to see a pattern. 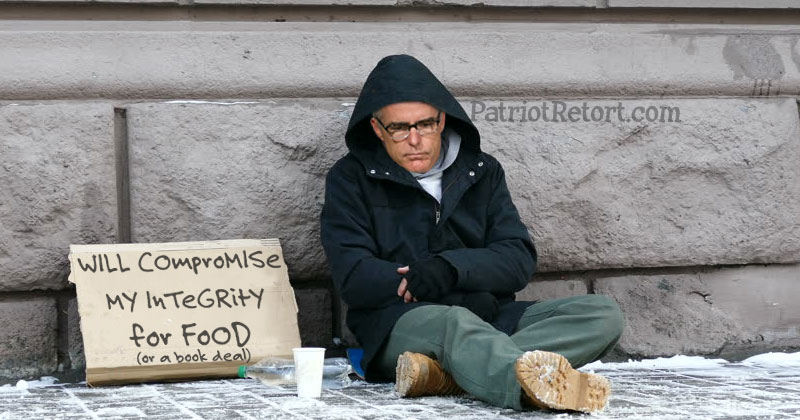 Trump was the only person who could beat Hillary


Trump was supposed to be the only person that couldn't beat Hilldog, but something happened.

now those involved are shltting bricks, and the narrative is Trump vendetta, it's funny as hell.