posted on Mar, 16 2018 @ 01:50 PM
link
The Air Force has added two new Category One deficiencies to the KC-46, after downgraded two other problems to Category 2. The HF Transmit Inhibit, and Uncommanded Boom Extension issues were downgraded, as having long term fixes required, but having fixes on the board for future upgrades. The new problems involve the Remote Viewing System for the boom operator, and the centerline drogue unit.

The RVS is not up to Air Force standards, and is contributing to the contact between the boom and receiver. Boeing has a software fix that they will begin flying later this month. It's possible that both the scraping and RVS issue will be resolved at the same time.

The other issue is the centerline drogue. On some contacts with the drogue, the receiver will disconnect unexpectedly. It doesn't pose a safety risk, but it's not clear why it's happening yet.

WASHINGTON — The U.S. Air Force’s troubled KC-46 tanker program has hit another bump, adding two of the most serious types of deficiencies yet to the list of problems manufacturer Boeing needs to fix.

The service on Thursday evening disclosed two “category one” deficiencies involving the remote vision system and centerline drogue systems, and there is no concrete timeline by which these issues will be fixed, Air Force spokeswoman Ann Stefanek said in an email.

The first deficiency centers on the KC-46’s remote vision system made by Rockwell Collins. The RVS is used by the boom operator to safely steer the boom into the receiver aircraft’s receptacle in all weather conditions.

The RVS performance is not meeting Air Force requirements. That, in turn, is contributing to another, previously disclosed issue: “undetected contact outside the receptacle,” or in layman’s speak, an increased likelihood of scraping the exterior of a receiver aircraft with the boom.

Try to reinvent the wheel and have problems... I'm shocked... Shocked I say.

I've said from the start this damn RVS is a joke.

Because the Air Force has significantly higher standard requirements than anyone else. That's why they couldn't just take a KC-767 or KC-30. No one else refuels the amount the Air Force does, or the range of aircraft they do, except in exercises or combat zones.

Swung by Boeing field this morning. Interesting that they removed the boom and wing tanks from the prototype KC-46, it had them earlier in the program. They had at least 5 tankers along with the prototype bird there. 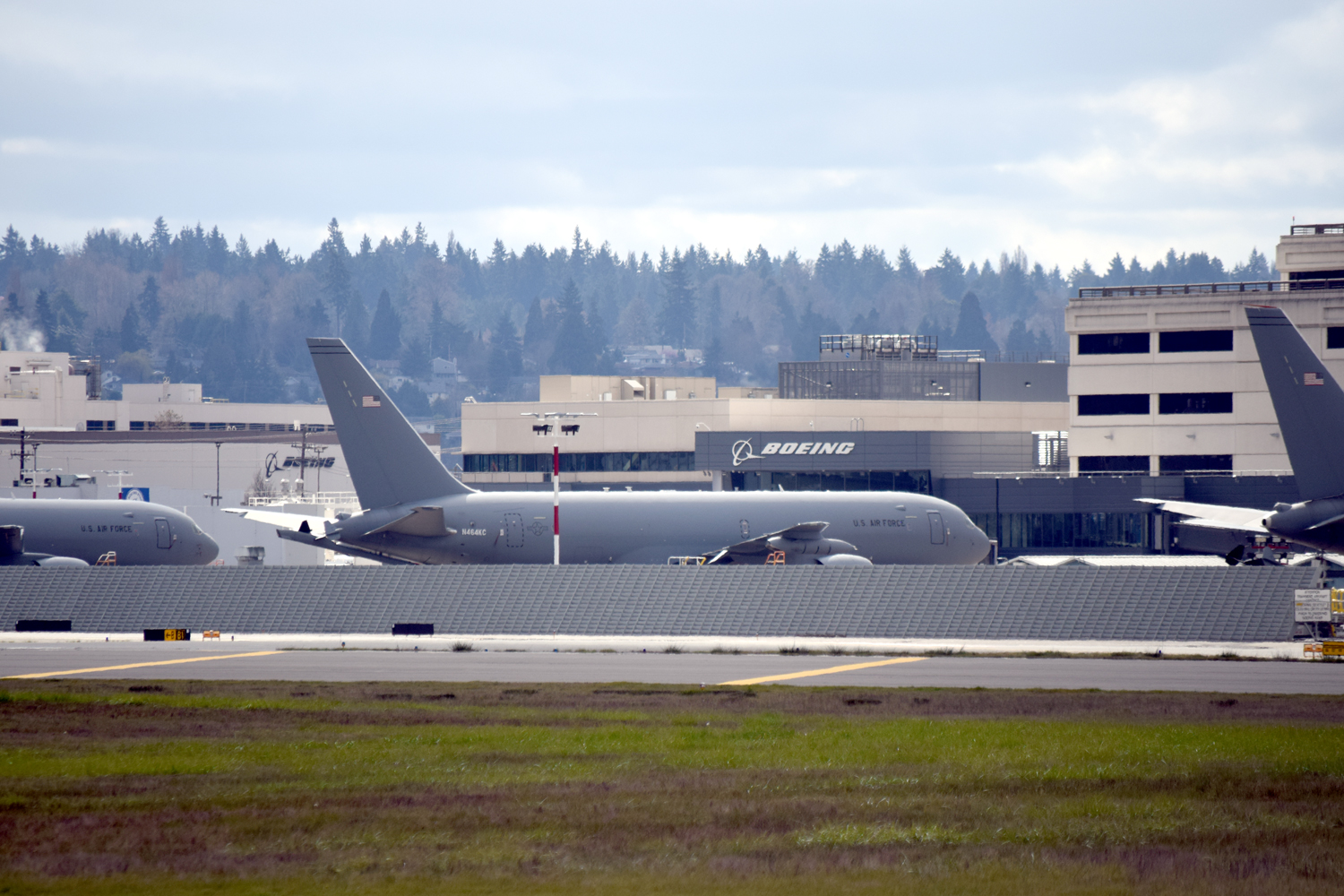 posted on Jun, 17 2018 @ 02:32 PM
link
Boeing has been running RVS testing over the last month or so. Nothing official on it, but I don't think it's been going as well as they hoped. All the flights I've seen for the testing have been using a C-17, instead of multiple receiver types.