Just where have ""the Russians"" gone?

posted on Mar, 14 2018 @ 01:32 PM
link
The Dems would have you falsely believe "The Russians" rigged the 2016 election against their candidate. However, this narrative is entirely debunked by the many recent state elections that have gone favorably for Dems. From New Jersey, to Louisiana and now seemingly even PA.

So, if Democrats are being targeted, why were these ones permitted to win? Wouldn't having either house of government out of GOP hands go against the supposed aims of this entirely theoretical Russian plot?

Evidence or it never happened. Even anecdotal evidence is now suggesting Dems lied about the fake Russia story. Sadly their lies may not be fully known until the midterms are over, potentially squandering a large period of time that our agenda could be otherwise un-challenged.

We already know they've accused a bunch of Americans as being Russian spy robots, so what else are they lying about? The evidence seems to say: Most of it, if not all.

Still haven't seen one shred of hard evidence. Indictments are cheap. Ham sandwiches can be indicted. Where's the hard evidence? The worst part is, since we all know those Russians won't be standing trial, Mueller will never have to produce one shred.

originally posted by: JBurns
Ham sandwiches can be indicted.

The dems are focused on Stormy Daniels right now. Once they can't pin her on Trump, they'll go back to the Russians again. Sit back and watch, it's like clockwork.

Then they need to get their election rigging going then (the same rigging Obama declared was impossible, and you all jeered at us for pre-general result)

Why didn't they "rig" any of the numerous elections Dems have won though?

Boy...you need to broaden your horizons and get your info from more than fake news sites... at least use a few more...

You are absolutely right But honestly, who cares if the Daniels story is true? It has nothing to do with being POTUS. I didn't vote for Trump because he was a saint, that is for sure.

Is betraying Melania a ## thing to do? Absolutely. But people make mistakes. Either way, my vote goes to DJT in 2020

If the UK's actions are your basis for credibility...then I have to laugh loudly outloud.

originally posted by: JBurns
The Dems would have you falsely believe "The Russians" rigged the 2016 election against their candidate. However, this narrative is entirely debunked by the many recent state elections that have gone favorably for Dems. From New Jersey, to Louisiana and now seemingly even PA.


What's false is this narrative that Trump supporters like to repeat constantly. The charges of Russian meddling in the 2016 election have nothing to do with rigging the elections themselves... So basically, your thread is one giant strawman where you argue against a nonsense argument.

The "attack" happened just a few miles from UK's Porton Down facility. Where Chem/Bio munitions are tested or stored.

You have to remember, these are the same people who falsely accused half of your nation's voters of being Russian agents because they dared to vote for Brexit. Give me a break. Your country and its government has zero credibility with me.

If it were my choice, that "special relationship" would've been torn up about 8 years ago.

Where's your proof, accuser? Burden of proof = you to prove your claim

I don't have to prove anything. For one, the investigation is still ongoing. For two, I'm not an investigator anyways; it's not on me to investigate and prove wrong doing on the Trump admin. For three, you made up an argument with this thread. At no point have the Democrats or literally anyone that matters accused the Russians of rigging any elections. The fact that you repeat this claim over and over throughout your threads shows an unwillingness to deny ignorance. For four, I have made no claims in this thread outside of rebuking your crazy strawman. How about your prove that Democrats are actually saying the Russians rigged the election first?
edit on 14-3-2018 by Krazysh0t because: (no reason given)

How long have you been running campaigns, just curious? Because they have been done this way for decades and decades, costing many tens of millions (or hundreds of millions) and thousands of support staff canvassing and moving around the country attending events.

Simple fact is that the Internet isn't as important as some of you folks want others to believe. Any person who didn't already know social media shouldn't be believed as a source of news is too dangerous to vote IMHO. It is simply not possible to swing a national election on the extremely tiny scale at which these individuals ALLEGEDLY peddled disinformation.

The organic Americans who were actually "fixing the record" about Hillary pre-election (thousands of anti-Hillary DNC->RNC people did this via social media) were not "Russians." They were average American voters who were fighting back against Hillary's same efforts: Correct the record, among many many private organizations she hired to peddle propaganda via the web. I reiterate, a majority of those engaging in these groups knew one another face to face, and met regularly in person

Had zero to do with Russia or any other country. This is a cop out, for a failure candidate maintaining her failure status.

I also must point out that indictments are not evidence nor are they convictions. Ergo, presumptive innocence holds true until proven guilty in a court of law. The "trolls" are not established fact. It is not established fact that any nation or individual "meddled" in the election. Can you define meddling, anyhow? Because at first you said "Collusion" Then you said "Hacking" then "meddling" so which is it?

Can you stop moving the goal posts every other paragraph?

One shred of evidence would be great Just one
edit on 3/14/2018 by JBurns because: (no reason given)

Then something unexpected happened- the deep state didn't get their 'winner' and all of a sudden there was a few months period where the threat of ww3 with russia was completely gone. Not a peep from the MSM.

Then 'they' started talking about all this collusion nonsense. Then they came in with the russian 'hackers' and the 'bots' etc. With that coming to a close and the truth finally coming out that it was fabricated, suddenly people who are 'enemies of russia' start dropping dead with obvious 'russian' poison.

Does anyone else see a pattern here?

Not sure what you are trying to prove in this post. All I know is that you haven't corrected your strawman and now you are accusing me of moving the goal posts because I corrected the record. Lol. You are all over the place.

PS: I haven't once labeled anyone guilty in this thread, yet you keep talking to me like I've already determined guilt.
edit on 14-3-2018 by Krazysh0t because: (no reason given)

I don't have to prove anything. 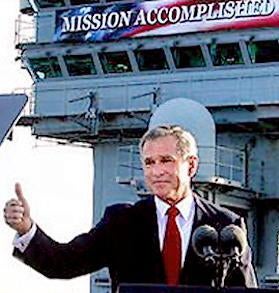 That's good, because to date you haven't managed to. Note: I am using a collective "you" in that statement, not singling you out as anything other than a faceless drone in a crowd of witch hunters.


Yes they are. Everywhere, indeed.

My only point is this: where's the evidence?

We haven't seen one shred.

When the FBI investigated Trump for the first time, last year, they found nothing.

The HPSCI found nothing.

No MSM/anti-Trump far left extremists have found any evidence, otherwise they'd be screaming at the sky in a rain storm.

Mueller has yet to find anything, as evidenced by his excluding charging Trump with conspiracy (by stating he did not participate in the conspiracy)

And yet no evidence has come to light as of yet.

I just want to see some kind of evidence.

YOU are conflating regular national intelligence activities with the Trump campaign or Presidency to de-legitimize him. YOU are falsely conflating narratives, not me.
edit on 3/14/2018 by JBurns because: (no reason given)


Couldn't have said this better