posted on Mar, 13 2018 @ 04:20 AM
link
(This was originally for a story contest.. but it needed 2000 words for submission, and I just couldn't stretch the idea that much without falling into mindless rambling. Hope you enjoy it!)

The melodic notes of her father's piano drifted across the polished, hardwood floors. An unwelcome illusion. She was all that remained of their once prestigious line and had not dared touch the cursed instrument since the man's untimely demise. Elizabeth sighed aloud as the ethereal melody sought entry within the intricacies of her already burdened thoughts, her daydreams at an end as her haunted past prepared to wreak its havoc over her few waking moments.

She had been entrapped within the endless repetition of a slow and agonising depression, her only escape the wistful dreams she now considered her reality, and a distinct bitterness rapidly swelled alongside the beats of her heart as the auditory hallucination grew ever louder, a raw cacophony her forced dreamscape could not quell.

An unsteady hand moved through the tangled waves of her auburn hair, and for the first time in what felt an eternity her cautious gaze slowly drifted toward the beckoning doorway that lead to her father's sanctuary, the call of the imagined tune too great to resist as it emanated from a room no one had entered for... she furrowed her brow. She no longer knew. The time that had passed seemed as illusory as her dreams, as the ghostly music that enshrouded her, as her own life as she contemplated her flawed existence and realised that she was now incapable of separating fantasy from reality.

Her legs trembled beneath the unaccustomed weight of her gaunt frame as she at last stood from the chaise. The living area that accommodated the seat, that accommodated herself, served as her one refuge within her large, empty home, and with one uncertain foot forward Elizabeth took the first unlikely step towards a room of regret, of failed hopes, of promises wholly faded.

The polished floorboards were as ice beneath her bare feet, though the chill did little to penetrate years of numbed flesh, and it was only from habit that she pulled her shift tighter about herself as she made her way to the doorway both inviting and repulsive.

An odd trepidation stirred within as the haunting melody increased in tempo, as the ghostly fingers that played the ethereal tune flew across the piano keys at speeds faster than any mere mortal could ever hope to accomplish, and she hesitated by the spurned entrance as an unexpected fear surged through her minute courage and near forfeited her improbable response to a music that should not exist.

The small hairs upon her arms and across her neck stood on end as a chill swept over her, her shiver involuntary as a silence screamed through her... the music had suddenly stopped; a happening that was as terrifying as it was curious. Evidently her mind had withered over the years spent in a self-imposed solitude and she did not bother to wipe away the tear that slid down her cheek, the droplet a product of her broken mind and a gift for her ghosts.

The seconds were as hours as Elizabeth stood frozen in place by the daunting doorway that called for her entrance, the notion of the instrument within an allure that would not be denied, and her thoughts raced as she wondered at what she would see if she were to peer behind that faded corner, the scent of dust already heavy in her nostrils as a room untouched boasted a neglect that would have outraged her father. Indeed, buried deep within her innermost soul the knowledge appalled even herself.

“You are being ridiculous.”

The thought was her own but had not formed in her voice as she took a hurried step back, bewildered by the exasperated tones of a far younger woman that seemed to reverberate in the air around her rather than within the confines of her mind. The voice was familiar but she could not place it amongst the clouds that swept across her muddled memories, and the rapid pulse of her anxiety increased ever faster as her eyes darted around the room in search of an apparition that was not there.

The soft, lingering touch of a woman's hand caressed her neck and she spun about, her heart leapt as for the slightest moment she imagined her own visage return her frightened stare, and she stumbled backwards into the abandoned room, her landing heavy before she jumped, terrified, back to her trembling feet.

Forgotten voices from another time whispered from every corner as she at last laid her fearful eyes upon an instrument long cast side, astonished and yet not wholly surprised to observe the object devoid of the dust that coated all else in the room, and reluctantly she took a tentative step towards the piano, the whispering voices hushed as she made her approach.

The keys gleamed beneath the dull sunlight that filtered through the floating expanse of dust and neglect, the faint voices and her inexplicable fears both silenced as she stared at the relic, her confused thoughts a tangled mess of incomprehensible fragments she could no longer focus upon as her eyes remained fixated upon her father's piano, until the thoughts simply shattered and vanished into the void.

Her mind was emptied and no longer belonged to her. She did not react to the unexpected plea of her deceased father and instead sat gingerly upon the bench, her movements automatic as her thin hands lay themselves upon the keys and began to rapidly dance across the clavier.
A music unlike any other flew forth from the soundboard as her elegant fingers performed manoeuvres that were she cognizant she would not have dreamed possible, as they played an everlasting melody humanly inconceivable to any who might overhear the incredible tune.

The hours transformed into days as Elizabeth sat entranced within her oblivion, the ache of her weary fingers unnoticed as the piano slowly devoured what remained of her concealed desires and memories. All that survived that belonged to the woman was the fleeting remnant of her inner child, a waif, an orphan trapped deep within her innermost mind who pounded frantically against transparent walls.

She had been held bound for so long, the once lively girl a prisoner of her lifelong despair and regret, she could not break free no matter how desperately she tried, and hope began to flee as the soft, tangible notes of the cursed melody gradually infiltrated the safety of her secret environs and steadily expanded to all reaches. Resigned, the ghostly image of the young child closed her eyes and awaited the inevitable destruction the music sought to wage.

It was over. The harsh blare of the piano as her limp body fell heavily upon the keys resonated through her and shook her entire body, and with the haunting melody at an end her fragile figure slipped from the bench and fell upon the floor, almost in a liquid manner as her body collapsed into an indistinguishable pile of flesh and bone.

Triumphant, the ghosts of the cursed piano slipped into the void. The family line they had been tasked with destroying had at last come to an end; they had claimed their final victim.

WOW! Kaelci that was just amazing! I was really drawn into this story! Thank you! Beautifully written!

I was really trying my darndest with this one, making sure it was written as well as it could be. I'm glad you like it!

I can't believe I missed this!

Thinking of the stories of your childhood that you've chosen to share here with us, I can see where (maybe?) you came to the theme of this story. It is captivating and demands to be read again!

I left the link for this in the Shed. Weren't you lurking in the bushes? lol

posted on Mar, 13 2018 @ 08:43 PM
link
I was hoping until the end she would somehow find redemption, away, away from the curse and the covetous ghosts, but it was not to be.

Great story. Thank you for sharing.

I'm not sure where the inspiration/theme came from... the subconscience is a funny thing! This was the picture I chose to write a story about: 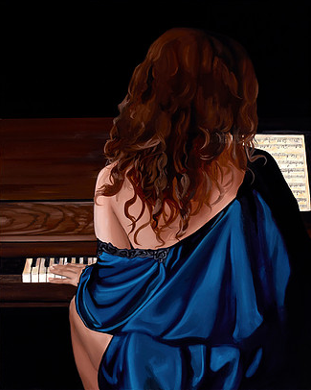 And that writing above was what came out!!

As a fan, I am unable to ever critique any of it. Great picture and fabulous results!

I DO believe love looks mahvelous on you darling.


a reply to: ladyinwaiting
Thank you for reading it!
In my original version, trying to lengthen it as much as I could, she had actually been in an insane asylum the entire time and was in the midst of having a breakdown. It was just getting too.... muddled and superfluous. So I cut it short where I did and considered it finished. (Both endings equally sad... I have a bad habit of being dark with my writing)

Kaelci that was an Amazing Tale! After My return from a long time absence, I wandered into the Short Story Realm, and find This! A Short Story that thoroughly entranced Me, and other readers. This is one of the reasons I stayed at ATS.
Wonderfully Written!! Very Well Done!!

I'm sorry I didn't reply to your comment sooner, I only just saw it now - I haven't really been on ATS much lately (my turn to have a bit of an absence, haha!). But welcome back! And thank you so much for reading, and taking the time to write a comment!