She has been gallivanting around with Huma making her case for Democrats.

If I was a Democrat Candidate, I would do all I could to keep her shut-up and stop already !!

It just won't Quit. It's never-ending 😀

Hillary Clinton in India Says US 'Did Not Deserve' a Trump Presidency, Calls Trump Voters Racist

During an event in Mumbai, India with Bollywood stars, Hillary Clinton was reportedly introduced as the “woman who should have been the president of the United States of America” and she told those gathered that America “did not deserve” President Trump.

She was asked if America deserved Trump after the event’s host remarked “it’s commonly said that countries deserve the governments they get.”

“Well, I would have to say no, we did not deserve that,” Clinton replied.

Hillary Clinton insulted Americans living in the middle of the country who voted for Donald Trump at an event in Indiana on Monday, saying they were “backward.”

“If you look at the map of the United States, there’s all that red in the middle where Trump won,” Clinton said.

“I won the places that are optimistic, diverse, dynamic, moving forward,” she said. “And his whole campaign, ‘Make America Great Again,’ was looking backwards.”

This was before or after she may have been running a kids for blackmailing politicians ring.

Too bad she almost fell.

Trump says or does something stupid: Why you leftists gotta make a thread every time he says/tweets something??? FAKE NEWS!!! Just can't stop picking on him, damn leftists!! ! Maybe find something newsworthy besides GOSSIP!!

You guys are a pathetic riot.


You guys are a pathetic riot.

Pathetic Riot was the name of my band before we changed it to Antifa.

During an event in Mumbai, India with Bollywood stars, Hillary Clinton was reportedly introduced as the “woman who should have been the president of the United States of America”

Coulda, shoulda, woulda, yet didn't and isn't. It is time for us (the collective 'us' as in ATS) to stop giving read time and attention to that poseur, that never was. She's a nothing, a fact she has proven across two POTUS runs now. Outside of the state of New York she has never been elected to jack squat. Let New York have her and let the rest of us be done with her for once and for all.


Hillary Clinton will run for president. Again.
No inside information informs this prediction. No argument is advanced as to whether her run is a good or a bad idea—there are many ways to make a case either way. Instead this is just a statement of simple facts (if facts mean anything anymore, that is). And the facts are clear that the former secretary of state is doing everything she needs to do to run for the White House one more time. If she finds a path to do so, she will take it. And I can prove it.

posted on Mar, 12 2018 @ 07:45 PM
link
I love how the left supporters keep saying hillary doesn't matter any more so just ignore her.
Wasn't she the leading democrat in the country just over a year ago?
I didn't take her seriously then but I didn't vote for the bat either.

...and she'll lose yet again. That's assuming she even is still mobile enough to run in 2 1/2 years. In the meantime, we ought to be giving her the attention her years of service deserve (read: ignoring her completely unless we're talking about finally charging her for her crimes and prosecuting her, in which case, I'm all ears.)

Not a fan of clinton. 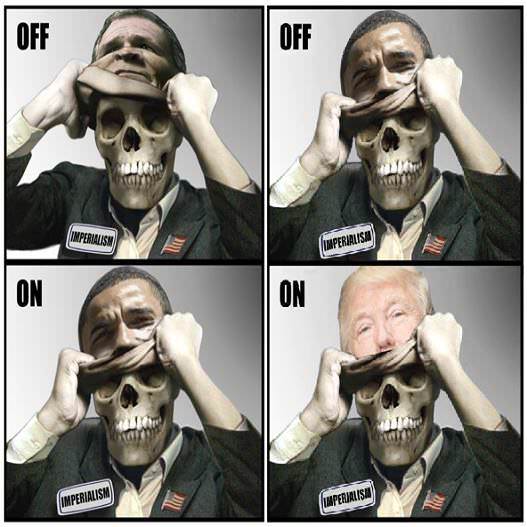 
Are you Hawian? What's with the Brah? Sorry drives me nuts. I live in So Cali, we don't even say that...


Anyway without team Russia Trump would not have swung the 2 blue states.....he was VERY close to not winning them, and without them , he would not have had the electoral votes. Russia did not have to swing that many votes in those states. 3 million more of us did in fact vote for Hillary..


Now we have a nut, who had cheated on all three of his wives.....he has 0 respect for VOWS, MARRIAGE, WOMEN or truth.

Sure Clinton cheated on his wife, but he has not had 3 of them.

I'll go along with that.